Football tactics at the kitchen table

Back in 2014, I wondered if it would be possible to make a board game that mirrored what tactics happen on the football pitch. It struck me that there was not really a game out there that successfully replicated the world’s most popular sport. Sure, there is Subbuteo – a great game in its own right – but it’s more tactile than tactical. And there are Monopoly-esque football board games (think Emlyn Hughes Team Tactix) where you move around, buying players and winning FA Cups at the turn of a card. But I didn’t want to make games like those. I wanted to make a game that two players could ponder over; a Football Manager but with a sociable side.

So I got to work on it. I knew from the outset I wanted it to be more strategy than arcade so I spent hours working on the rules, thinking through the myriad of the potential game outcomes. How would tackles work? When would players actually move around the pitch and where can they shoot from? The more I thought about it, the more complicated it seemed. Football is such a free-form sport, meaning it’s pretty difficult to capture on a board. But I was keen, so I carried on designing the game and the rule book started to swell.

Then, after two months of developing the rules, I made a disastrous move: I play-tested it with a friend. It was a sobering experience to play the thing for the first time because I discovered that what I’d created, was, quite frankly, shit.  I’d way overdone the thinking element and completely disregarded what makes a game a game – enjoyment! It was too complicated and it lacked excitement. More importantly, I lost the match.

If you’re familiar with the ‘hype cycle’ then you won’t be surprised that I found myself travelling that day from the Peak of Inflated Expectations to the fabulously-titled Trough of Disillusionment. The football board game bubble burst, and I forgot all about it for the next five years.

Cut to 2018, and a conversation with Marco, my Argentine football-loving workmate.
When I mentioned once I’d tried to make a football board game but it was rubbish, he was curious and wanted to see if the game could be stripped back to the basic elements and rebuilt from scratch. So, one evening, that’s what we did. With a few sheets of paper for the pitch and some rudimentary counters for players, Marco and I went head-to-head on his garden table. We didn’t even have a rule for shooting in that version, but we loved the game! And, more importantly, I won.

Playing with Marco pulled me right out of that trough. I found myself officially excited once again and began redesigning elements of the game with fresh eyes. Now, there have always been two principles I wouldn’t shift: firstly, the pitch had to be large enough to give the players enough space to move across and so that managers could see the benefit from their preferred tactical strategies. Secondly, the players had to be unique. Just as in real life, your winger can’t do what your centre-half can do, and vice-versa (aye, not even at Ajax in the 70s!).

This time I was smart enough to keep people in the loop; finding old and new friends who were happy play-test. The more we played, the more the rules were refined. My focus shifted onto balancing fun with realism. It became clear that misplaced passes or shots might well happen in real life but they added nothing to our kitchen table tournaments. Play-by-play, it became clear what had to go and what had to stay. Some of the players I had invented were overpowered Super-Messis who could never be tackled – so they had to be brought down a peg or two. The game was really taking shape.

As we play-tested, it became clear that a manager with a strategy was more likely to win than one without. Managers have to make key tactical decisions all the time in the game – when to press, when to drop off, how many players to commit to attack, whether to hold the ball up or head for goal – so it pays if you understand how football works. With this in mind, I was delighted to see my 8-year-old daughter (she’s no football fan) grasp the idea that pressing the ball might leave gaps in her defence. This was a real victory for my vision for the game.

Early 2019. My ‘football board game’ needed a name. We kicked about several (Tiki Taka, Flat Back Four, 442, Pass and Go, El Clasico…no-one said being creative is easy!) and then settled on a clear favourite: Counter Attack. It had it all: the obvious football reference, as well as the fact the game used counters for players! Next, we worked up the art and the copy.  This is where my girlfriend’s skills came into play; smoothing out the rough edges, developing my initial designs and writing up copy. Counter Attack was really shaping up and, four months after I rekindled my love for the game, I began to imagine that people I didn’t know might want to play too.

I started a Twitter account (@ctrattackgame), and a Facebook page (/ctrattackgame) and did all the usual social media things such as sharing photos and videos and using relevant hashtags. To my delight, people began take an interest and I saw my audience steadily grow. Fans of Football Manager and Championship Manager were an obvious target and showed genuine enthusiasm for the game; a really exciting moment for me was when Steve Screech of the Kick Off series followed Counter Attack on Twitter! Kick Off 2 and Player Manager are a big part of my football gaming life and a real inspiration behind some elements of Counter Attack, and now one of the key designers of those games was in conversation with me online!

The upshot of all of this was that people wanted more than prototype photos – they wanted to play the thing themselves. So I researched board game manufacturers and calculated the costs. The only option for me to produce the game is to take it to a crowdfunding site, which lead me to Kickstarter. Counter Attack is now available to buy on Kickstarter, but only until the middle of May. So if you fancy working out which of your mates is the real tactical genius, you might want to get yourself a copy!

Counter Attack is available to buy until mid-May at kickstarter.com/projects/counterattack

TFA Today: What is Union’s special secret for success? What women’s team have a record even Barcelona would be happy with?

In today’s Total Football Analysis Today newsletter (subscribe below, it’s good stuff) you will find the secret ingredient in Union’s […] 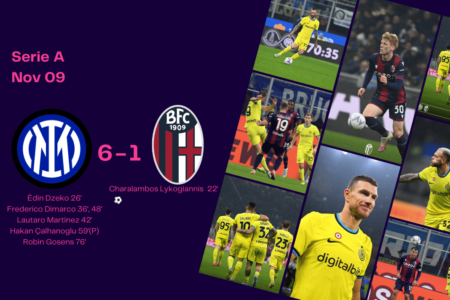