Major League Baseball was forever changed by Billy Beane assessing a value amount to baseball skills creating a competitive advantage for his Oakland A’s team. The static game of baseball was altered in a revolutionary way through the application of sabermetrics. Moneyball in baseball was born. If you are unfamiliar with Moneyball I’ll leave it up to Brad Pitt and Jonah Hill to explain it.

Next up was the revolution in the dynamic game of basketball through the work of Daryl Morey and the National Basketball Association’s Houston Rockets. Morey assessed a value to shot locations and saw an edge in three pointers and layups. This created “Moreyball” where teams strive for only high value shots (3’s and layups) and avoid low value shots. The entire NBA has embraced the Moreyball concepts which has revolutionised the sport. The Golden State Warriors now carry the torch for taking high value shots over low value shots. 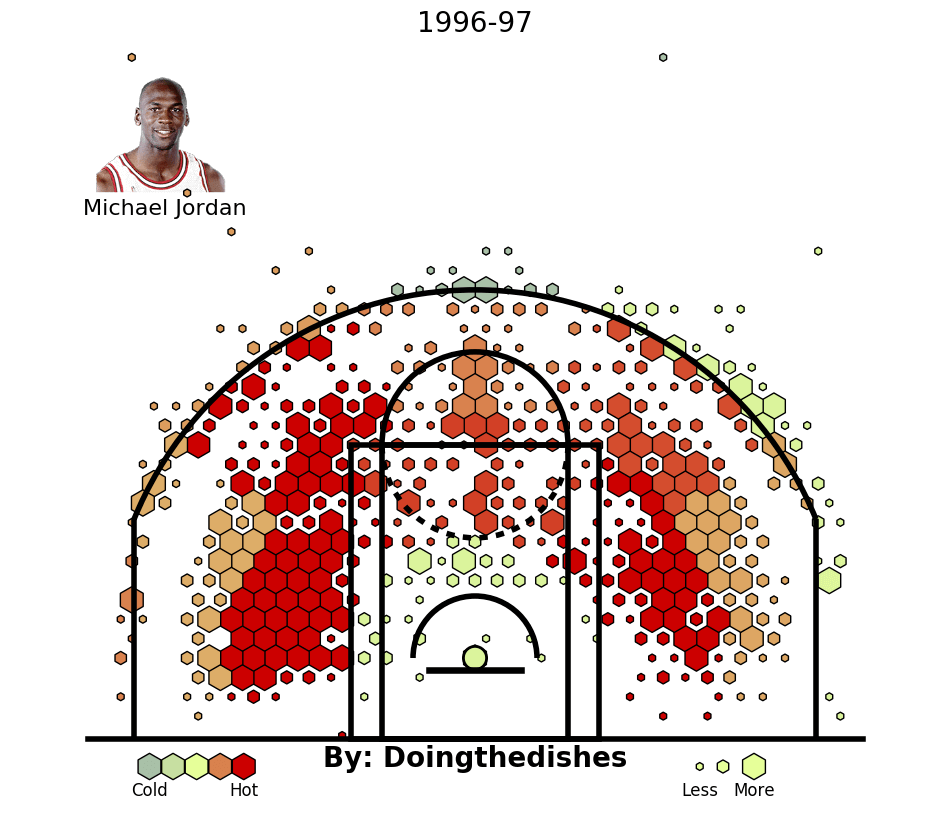 Shot Chart for star player post-Moneyball is all 3 pointers and layups. 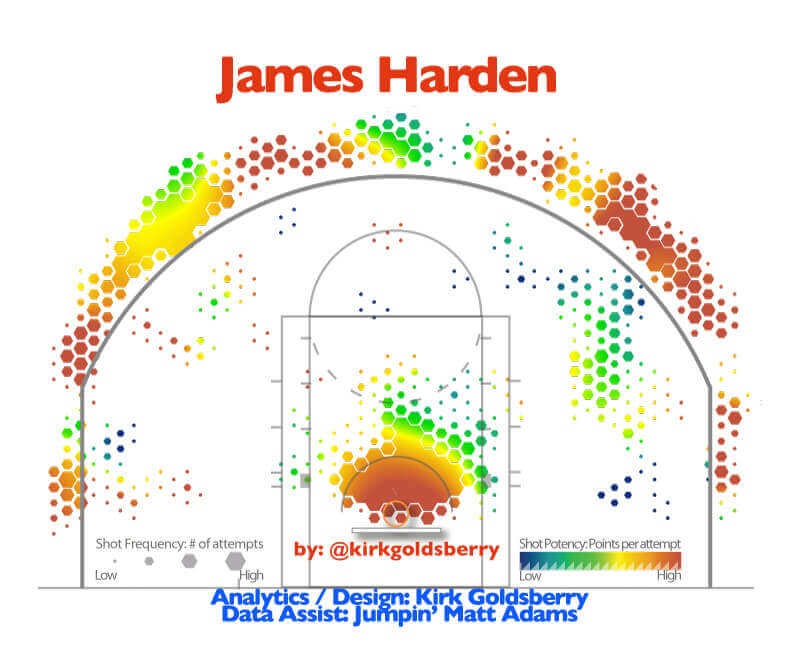 The above graphics show a stark difference in shot locations. Michael Jordan shot locations are now deemed as low value as it is all about 3 pointers and layups in the modern NBA. Basketball purists lament the revolutionary changing of the game but in basketball the computers won out.

Football is clearly entering the era of big data. Xg is commonplace. In fact, it is now everywhere. News articles and broadcasts are regularly featuring Xg. Opta stats recently added a tracking of “Big Chances” defined as “a situation where a player should reasonably be expected to score usually in a one-on-one scenario or from very close range.” Ted Knutson’s Statsbomb is doing crazy granular data collection.

It is clear that the external football world sees that some shots are more valuable than others. If the value of shots is omnipresent outside of football clubs than it is more than evident that inside football clubs it is commonplace. I am not interested in the accuracy or debate of data or modelling of data. What I’m interested in is, are clubs practically turning this knowledge into a competitive advantage on the pitch.

The Fan vs The Computer

There are two ends of the spectrum on shot locations. On one end you have the fans screaming at the player to shoot! At the other end, you have the computer begging the player to NOT shoot! These are both reasonable responses. The fan can remember the bomb of a shot and how it made them feel. Paul Scholes from deep vs Barcelona in 2008!

The goal, the celebration, and the feeling are etched in the fan’s brain never to be forgotten. The computer meanwhile tells us that a particular shot has a 3% chance of going in and quickly forgets the goal. The computer does NOT forget the other 32 times a shot from the same location ends up in the stands.

Whoscored.com has data going back to the 2009-2010 season on the number of shots taken Outside the Box, Inside the Penalty Area, and Inside the Six. Below is a table of Total shots by season. 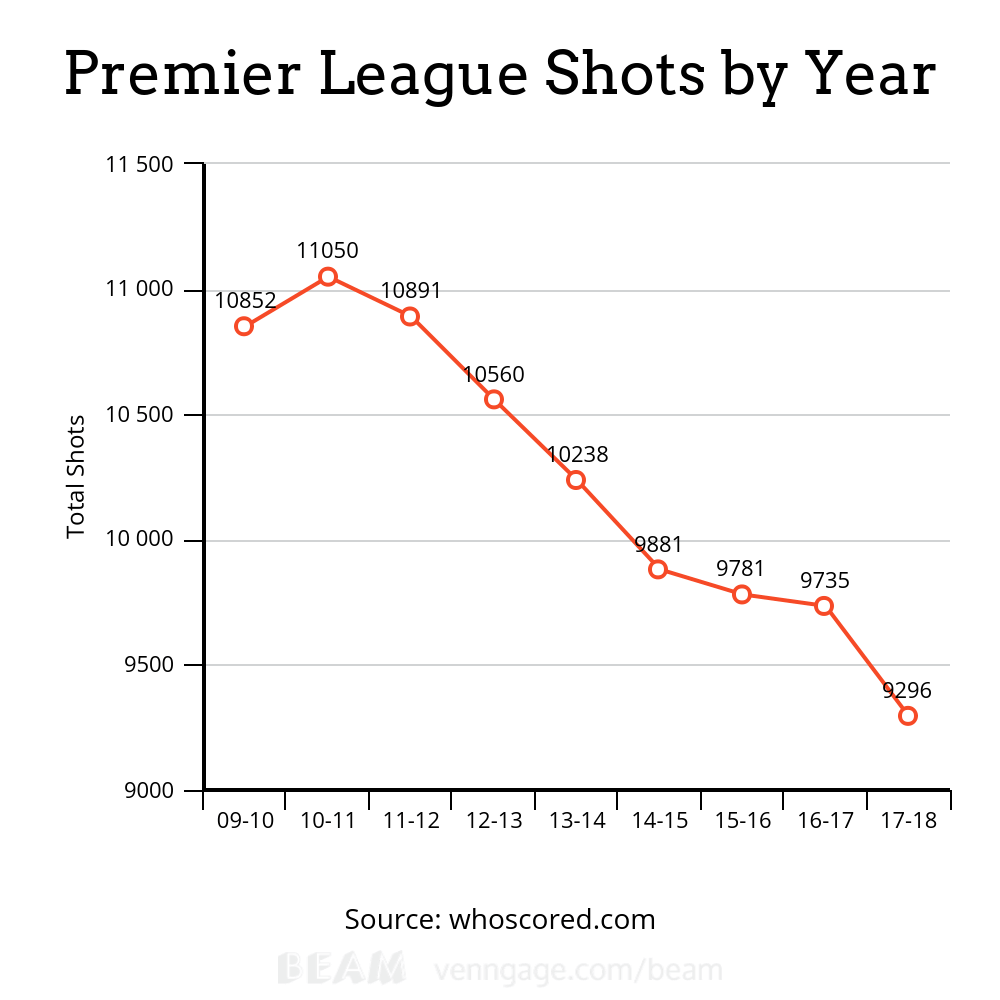 There is an obvious trend in the number of total shots decline but is it due to higher value shots being taken? Below is a chart showing the number of shots taken from Outside the Penalty Area each season. 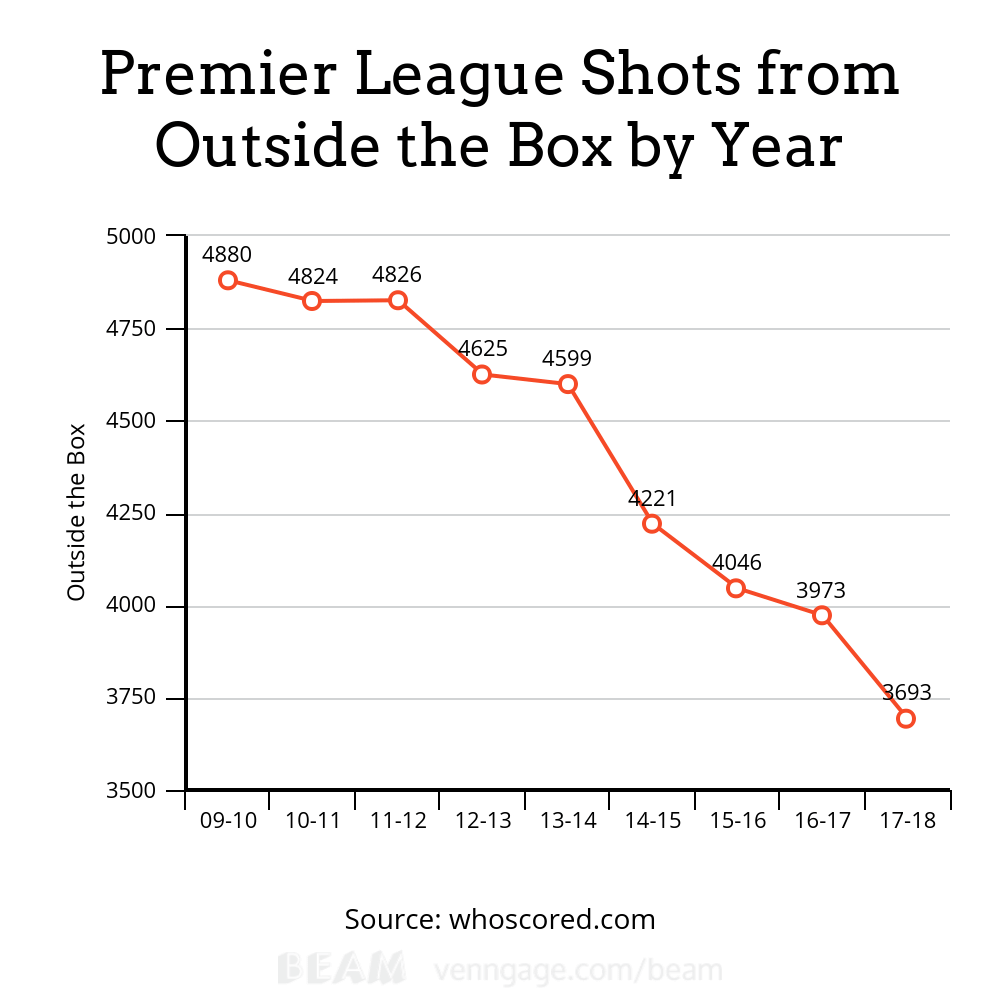 The number of shots Outside the Box in 2016-17 was 3,973 and in 2017-18 it was 3,693 which is a decrease of 7%. The number of shots taken outside the box decreased faster than the decrease in total shots. This points to foregoing low-value long shots to try to get in position for higher value shots.

A tactical change in shot selection is happening but how pervasive is it amongst the 20 teams in the league. 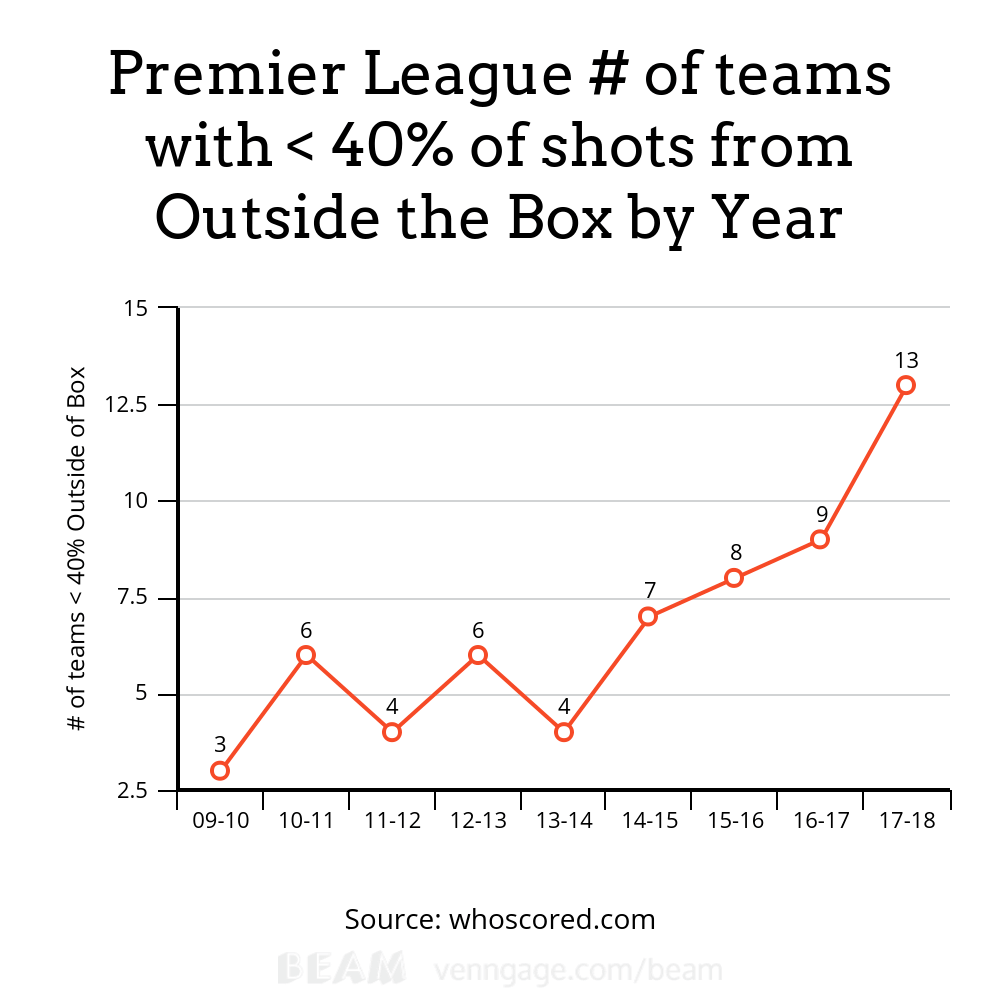 It is clear that a tactical revolution is occurring within clubs. High-value shots are being coached or maybe more correctly low-value shots are being coached out by many clubs. I have a hard time envisioning Sir Alex Ferguson in a dressing room coming in hot with the hairdryer treatment “Our Xg is awful! Just unacceptable! Notch it up in the 2nd half!” But it is clear clubs see a competitive advantage in applying the data onto the pitch in a tangible way. At least 13 of 20 clubs are putting an emphasis on high percentage shots either through coaching or recruitment.

For fans please, please, please keep yelling for players to shoot crazy low percentage shots as that is what sports are all about. We long for the sports outliers. The massive upsets, the crazy goals, the epic moment. These are all essential to our fandom, but for coaches it is different. Coaches have to embrace the data. They need to forego the spectacular in order to maximise the chances of winning or they are quickly looking for another job.

The next article I will look at a team who woefully lagged behind last season in utilising the value of quality shots. This team could greatly improve from last season through the application of the data onto the pitch. The working title for the article is “Rafa please get Jonjo to stop shooting!”