In the end the result was incredibly emphatic. A 5-1 win at home to a talented Arsenal side has seen Liverpool open up a seven-point lead over their closest challengers at the top of the table. The most impressive aspect of the match, however, was not the score but the way that Liverpool played with a swagger that suggests that they are beginning to suspect that the title is in their hands. Their coach, Jurgen Klopp, will continue to play down any talk of the title publicly, but within the confines of the changing room confidence must be high.

In recent weeks we have seen Klopp move away from his standard 4-3-3 system to utilise a double pivot at the base of the midfield in a 4-2-3-1. What is interesting in this new system is that Klopp has taken the natural movements of two of his key attacking players, Roberto Firmino and Mohamed Salah, and built it into the structure of his tactical system.

In the 4-3-3 we normally saw Firmino operate centrally while Salah operated from the right hand side. As part of their natural player ID we would see Firmino continually drop deep to link in with his midfielders. Salah on the other hand would drift into central areas to form the focal point of the attack. Klopp has taken these movements into consideration and shifted Salah into a central striking role while Firmino has had his positional slot changed so that he takes a more natural number 10 position.

This slight change of structure may seem a small thing, but in making these changes Klopp has created different angles of attack across the width of the final third of the field. It is a mark of a great coach to be able to recognise when a tactical change is necessary, even when that means changing a winning formula. 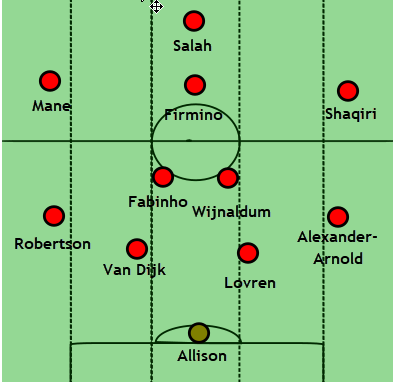 The key to the 4-2-3-1 lies in the attacking third with Mohamed Salah leading the line while Roberto Firmino sits in the pocket just behind him. The change of structure from 4-3-3 to 4-2-3-1 also creates space in the starting lineup for Swiss international Xherdan Shaqiri on the right. Sadio Mane remains on the left.

The double pivot at the base of the midfield sees Fabinho partner Georginio Wijnaldum. In defence the only change from what could possibly be the best XI for Liverpool sees Dejan Lovren on the right of the central defensive partnership with Joe Gomez still being injured.

One of the first things that stood out from the way Liverpool built up in this match lay in the rotations in the midfield when they were in possession of the ball. The 4-2-3-1 very quickly morphs as a diamond appears in the midfield structure. 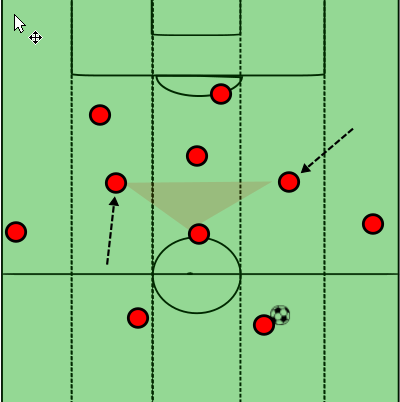 When building up from the back Liverpool were secure leaving Fabinho as the single controlling midfielder. He retains his defensive position while Wijnaldum presses on to a higher line in order to link the midfield and attack. On the other side balance is given to the midfield diamond as Shaqiri moves inside to the half space from his position on the right hand side, normally on the same line as Wijnaldum.

These movements create the opportunity to overload the half spaces or the central lane with simple passing combinations as they move up through the thirds of the field.

The spacing in the attacking structure from Liverpool throughout this match was also exceptionally interesting. They were spaced well across the width and depth of the pitch. Both central defenders are comfortable in possession with Virgil Van Dijk on the left at ease driving out of the defensive line with the ball at his feet.

Fabinho offered balance and passing options. The width to the structure came from the two fullbacks, both or whom were happy moving on to high lines. Both Andrew Robertson and Trent Alexander-Arnold are comfortable in the attacking phase.

These rotations gave Liverpool the numerical advantage in central areas as Arsenal lined up in a 4-2-3-1 to match up with Liverpool. The rotational movements from Wijnaldum and Shaqiri served to occupy the two central midfielders for Arsenal. This created the space that Firmino needed to cause havoc with the Arsenal defence.

Roberto Firmino scored a hat trick in this match. Even then, his goals were not as important as his overall performance in knitting together the attacking phase with his intelligent movements and passing. 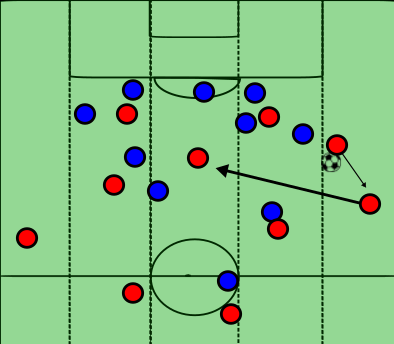 When Liverpool move into the attacking third of the field the structure around Firmino served to create space for the Brazilian to operate in pockets in and around the Arsenal defensive structure. With Sadio Mane moving centrally to the edge of the half space on the same line as Mohamed Salah, the defensive line of Arsenal was occupied and pinned back.

Wijnaldum and Shaqiri would also attract the attention of the Arsenal midfielders. This allowed Liverpool to access the fullbacks, who were free in the wide areas. They in turn could play into Firmino centrally and from there the Brazilian could dictate the entire attacking flow.

The structure from Liverpool throughout was so impressive because it all felt incredibly natural despite being obviously mechanised and worked on in training.

Throughout this match one of the key aspects of the attacking game model from Liverpool was the way that they created opportunities to overload the Arsenal defensive structure in the half spaces on either side of the field. The spacing and movement of the midfielders and fullbacks to support the attacking players whenever possible was incredibly important in breaking down the Arsenal defensive line. 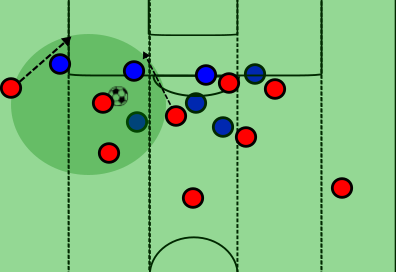 The left and right attacking players, Sadio Mane and Xherdan Shaqiri, would occupy the half space well as Liverpool moved into the final third. This alone, however, was not enough to force a breakthrough in the Arsenal defensive structure.

Instead the near-side fullback moved up to a high line, usually the same line as the forward players. Straight away this forced the opposition to move a defensive player wide in order to negate the threat of the full back. This movement was not the only mechanised element in the final third though. At this point Firmino would look to make sharp runs through past the defensive line into the penalty area. The final element saw the central midfielder, usually Wijnaldum, moving higher to support the player in possession.

The 4-2-3-1 of Liverpool morphed quickly into a 4-4-2 when they were out of possession as Firmino moved forward to support Salah on the first line in order to pressure Arsenal as they looked to begin their build-up.

With Fabinho and Wijnaldum securing the central areas and Mane and Shaqiri dropping back to the second line, the structure was hard to bypass through the lines. As a result Arsenal struggled to find any routes through the Liverpool defensive structure. 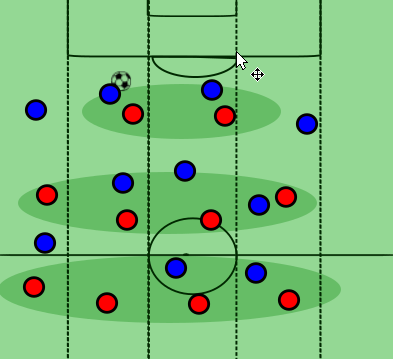 This shift in pressing system from the all out gegenpressing style that many expected from Klopp when he was appointed as coach was surprising. Indeed, it goes to show that Klopp is a more tactically versatile coach than many people had given him credit for before he moved to England.

As we enter 2019 and the second half of the season I believe that the title is completely in the hands of Liverpool. If they continue to perform and adapt as we have seen them do so far this season, then it will be exceptionally difficult for any other side to catch them.

The way that Jurgen Klopp has changed and adapted his system in order to suit the players at his disposal should also put to an end any doubt about the German’s tactical acumen.