Football is in a strange position at the moment. The current pandemic is, understandably, taking priority and clubs, players and fans alike are left questioning when the game that they love will restart. For smart clubs, however, the process will not have fully halted. Even working from home and adhering to social distancing guidelines recruitment departments will still be working hard to identify and track potential targets. Methods like this have allowed data smart sides like Brentford and Liverpool to steal a march on their rivals from a recruitment perspective.

With tools like Wyscout and Opta, those that work in recruitment are able to use data and statistics to identify interesting players from a variety of markets who may fit the roles that their coaching staff favour from a tactical perspective. Access to these platforms will then provide the freedom to watch footage of these players in action in order to draw up a series of reports. Watching these players in live-action will still provide a key part of the recruitment process but if clubs are using their time sensibly at this time then they will gain an advantage on less efficient rivals.

The purpose of this data analysis is to provide an insight into how clubs may use data to form initial shortlists from the thousands of players that may be available to them. We are going to concentrate on three underutilised markets in Serbia, Slovenia and Slovakia, and using Wyscout we have filtered available players to those who are aged 23 or under and who have played at least 500 minutes this season. In this analysis, we will concentrate on the attacking side of the ball as we look to identify creative players who can contribute to the attacking phase of play.

What does the data tell us?

We will use three scatterplots to identify players that are performing well in certain key metrics. After presenting each plot we will pull interesting names out of the data to provide more context before finally ending with a shortlist of four names. Three of these are interesting players who are ready to move now and one other is a talented youngster with a small sample size in terms of data who we think will make significant progress over the course of the next season. 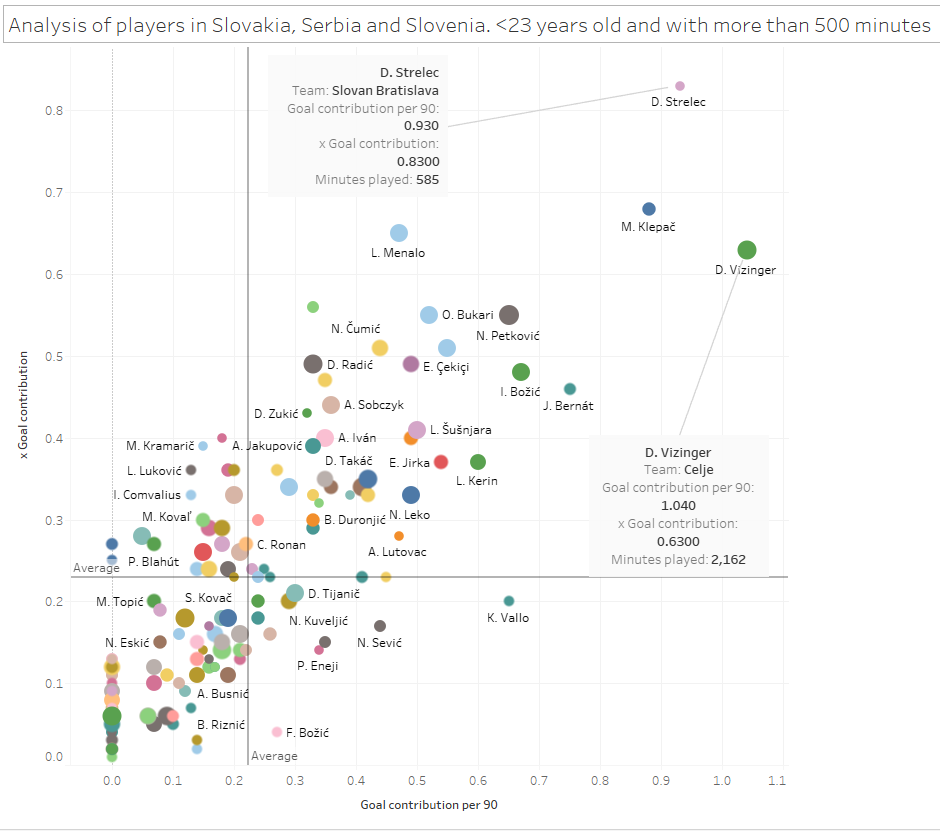 As you can see from the chart above there are two players that we have pulled out of the data to discuss further. The size of the coloured point relates to the minutes played this season, the larger the circles the more first-team minutes the player has played. 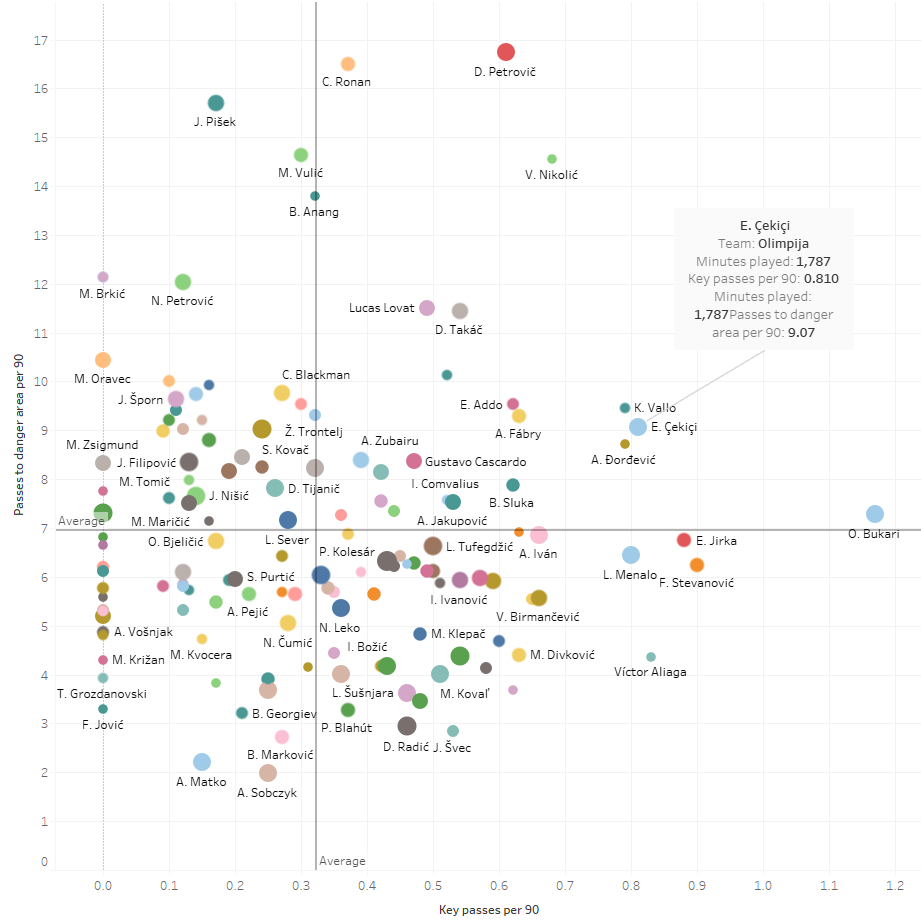 The next chart we will use looks at the number of passes played into the danger area per 90 compared with key passes per 90. Passes to danger area per 90 is found by combining passes to the final third per 90 with passes to the penalty area per 90. While in the initial data set we were looking specifically for attacking players who carried a goal threat this time we are looking for more creative players who could help to create chances in the final third. One name stood out for me in the 23-year-old Albanian player Endri Cekici who currently plays for Olimpija Ljubljana, again in the Slovenian First League. Cekici moved to Slovenia following a spell in Croatia where he played for Dinamo Zagreb II with a spell on loan at Lokomotiva on loan. There are players on the chart who play more key passes or who play more key passes to the danger area but Cekici sits in a sweet spot between the two with 0.81 key passes per 90 and 9.07 passes to the danger area per 90. He also has a decent sample size with 1,787 minutes so far this season. 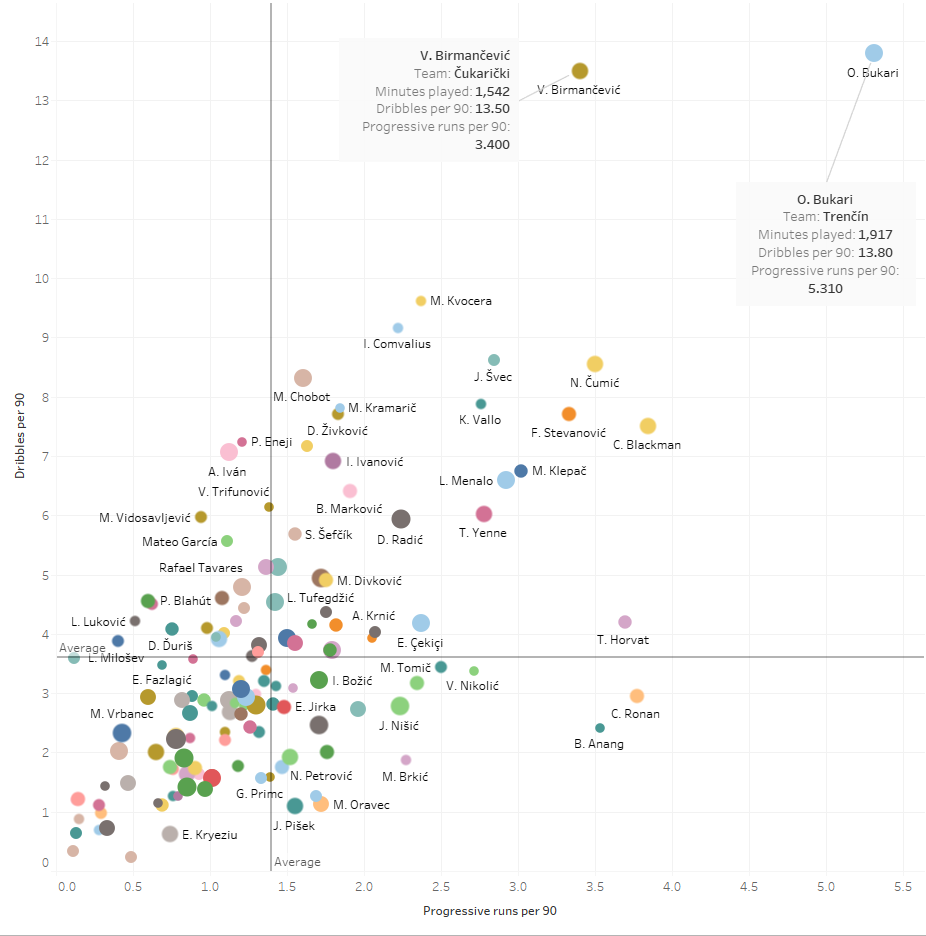 The last set of metrics we will use is looking at players who carry a threat with their ability to drive with the ball. There are no combined metrics this time around as we use dribbles per 90 and progressive runs per 90. There are two players who stand out in the data and one far more than the other. Osman Bukari is a 21-year-old Ghanian winger who is currently contracted to AS Trencin in the Slovakian Superleague. Bukari has a short spell in Europe previously in the Anderlecht youth system before joining Trencin permanently. This could be a choice that Anderlecht will come to regret. He is a dynamic force in the wide areas and with 13.8 dribbles per 90 and 5.31 progressive runs per 90 from 1,917 minutes he is a key attacking player for his team.

The second player is Veljko Birmancevic, a 22-year-old Serbian winger who is currently playing for Cukaricki in the Serbian Superleague. Birmancevic is averaging 13.5 dribbles per 90 and 3.4 progressive runs from 1,542 minutes.

The section above shows how we break down a large set of data and use visualisations to identify interesting players that meet the metrics we are comparing. The next step is to take the five players that we have listed above and drill down into a deeper section of their data. This allows us to start to build a larger profile of each player. 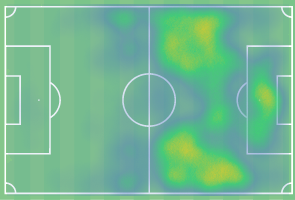 Dario Vizinger is one of two players in our shortlist who we would identify as a number 9. He is most comfortable leading the line although as we can see from his 2019/20 heatmap above he moves to the left and the right of the attack. This suggests from data alone that he is a mobile forward player who is comfortable playing with his back to goal and linking play in the final third. When watching video ahead of writing this piece this assumption was proven true. What is perhaps more relevant, however, is that Vizinger is an impressive finisher with the ability to finish chances with either foot or his head. This is a skill that will stand him in good stead when he makes the move to a more competitive league. 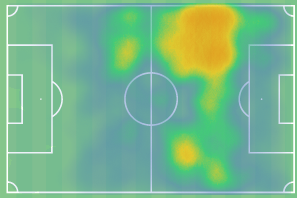 If Dario Vizinger is a ‘9’ then Endri Cekici profiles as a player who can play either as a ‘10’ or as an ‘8’ with the capacity to move forward. He could also be used in wide positions although he may lack the outright pace in these areas. Stylistically Cekici is similar to Bernardo Silva at Manchester City, especially in the way that he moves around the pitch. He is a creative force who is always involved for his team when the ball moves into the final third. Comfortable receiving in tight spaces, he has the ability to pause slightly in possession to let the play develop ahead of him before playing the ball.

We already know that he is impressive in terms of his passes to the danger area per 90 (9.07) and key passes (0.81) but he is also a good progressor of the ball with 8.21 progressive actions per 90 minutes. He also carries a threat in front of the goal and is averaging 0.55 goal involvements per 90 from 0.51 expected goal involvements per 90. This means that he either scores or assists once every two games. 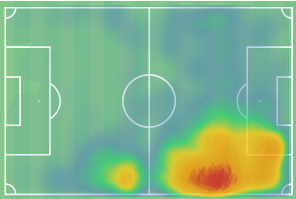 Osman Bukari is an attacking force who concentrates his efforts down the right-hand side of the pitch. He is comfortable on either foot and has the ability to take on the defenders on the outside or cut back inside towards goal. Bukari has a low centre of gravity and the physical capacity to cut quickly in order to change direction while running with the ball. In tight spaces he is difficult to dispossess but if he is given space in which to run he can be borderline unstoppable. We have already discussed that he is averaging 13.8 dribbles and 3.4 progressive runs per 90 but that only tells part of the story. He averages 10.57 progressive actions and 7.28 passes to the danger area per 90 with 1.17 key passes per 90. 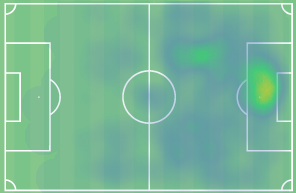 David Strelec is an extremely interesting prospect. Similar to Dario Vizinger in that he is a ‘9’ that comes to life around the penalty area there is not enough data or footage on him to make a concrete recruitment decision. There is, however, more than enough to suggest that he should be closely monitored with a view to recruiting him in the future. His metrics are good with 0.93 goal contributions per 90 minutes from an expected coal contribution per 90 of 0.83. He is a good finisher who takes up good positions and displays the ability to create separation from his marker

As a forward player, his progression numbers are lower with 4 progressive actions per 90, and 3.69 passes to the danger area per 90 but 0.62 key passes per 90 show that he is still a creative player.

We have identified three players who I would be confident in recommending to teams of a much higher level than those that they currently play for. All have slightly different profiles but they share the capacity to make a positive impact for their teams.

Using data in this manner allows us to take a large number of players and identify those with the most promising metrics. Any smart club should be engaging with this process as you read this article.