Many people seemed to point to Liverpool’s UEFA Champions League first-leg defeat to Atletico Madrid as the beginning of their poor form, and while their form since then has been poor, I would dispute the statement that it began in the first leg. Although only registering 0.47 xG in the game, I felt Liverpool put in a reasonably good performance against a side in Atletico Madrid who are horrible to play against, and in the end, ultimately fell victim to a ricochet from a corner. That isn’t to take anything away from Atlético, who performed exactly as they would have wanted to in terms of tactics, and at times managed to get the better of Liverpool psychologically. In this tactical analysis, I’ll look at the tactical conundrum that is Atletico Madrid and their set up, look at how Liverpool did at times build successfully, and how Liverpool can find that killer edge in the game to go through in the tie. As usual, balance is key.

I would be shocked to see Atlético set up in any other way than their usual 4-4-2, which usually involves every player behind the ball and looking to remain in a compact shape, hoping for an opportunity to win the ball back or to steal a few yards up the pitch and push higher. We can see this structure below, with the ball side winger usually staying very deep to protect the space behind him and prevent the opposition from playing within there. By sitting deep, Atlético seek to prevent Liverpool from creating numerical advantages and therefore progressing up the pitch. 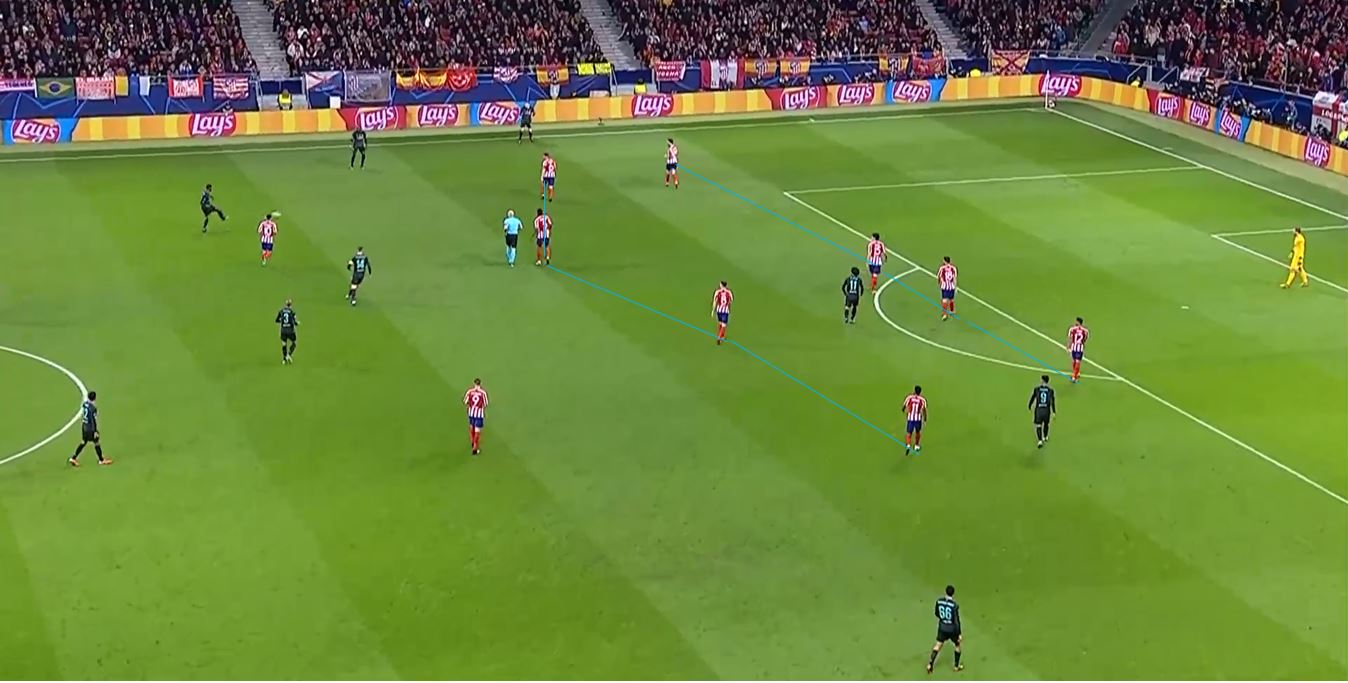 Atlético work on triggers based on the position of the opposition such as this one below, where they are able to capitalise on a poor pass into Jordan Henderson. Henderson isn’t doesn’t have the body orientation to play forward as soon as he receives the ball, and also doesn’t yet have the ball, so Lemar pushes on to force the ball backwards and get his team some yards, cheered on by Simeone at the bottom of the picture.

In this next section, we’ll look in more detail about their defensive system and how it interacts with Liverpool’s offense.

My previous preview of the first leg highlighted how Liverpool would look to break Atlético down, and I’ve outlined the principles of Liverpool’s offensive system below.

In these next examples, you should be able to see these principles. In this illustration, we see Liverpool’s offensive structure, with one of the midfield three dropping alongside the centre backs. This creates a potential 2v1 on the winger, and the midfielder (number six) looks to engage the winger and force them to press, creating space in the wide area for the full-back. At the same time, a central midfielder can also look to receive between the first and second line of Atleti’s press, which again causes some problems for this wide player with his decision making.

The striker can also come across to occupy the centre back, again causing a decisional problem for this player. 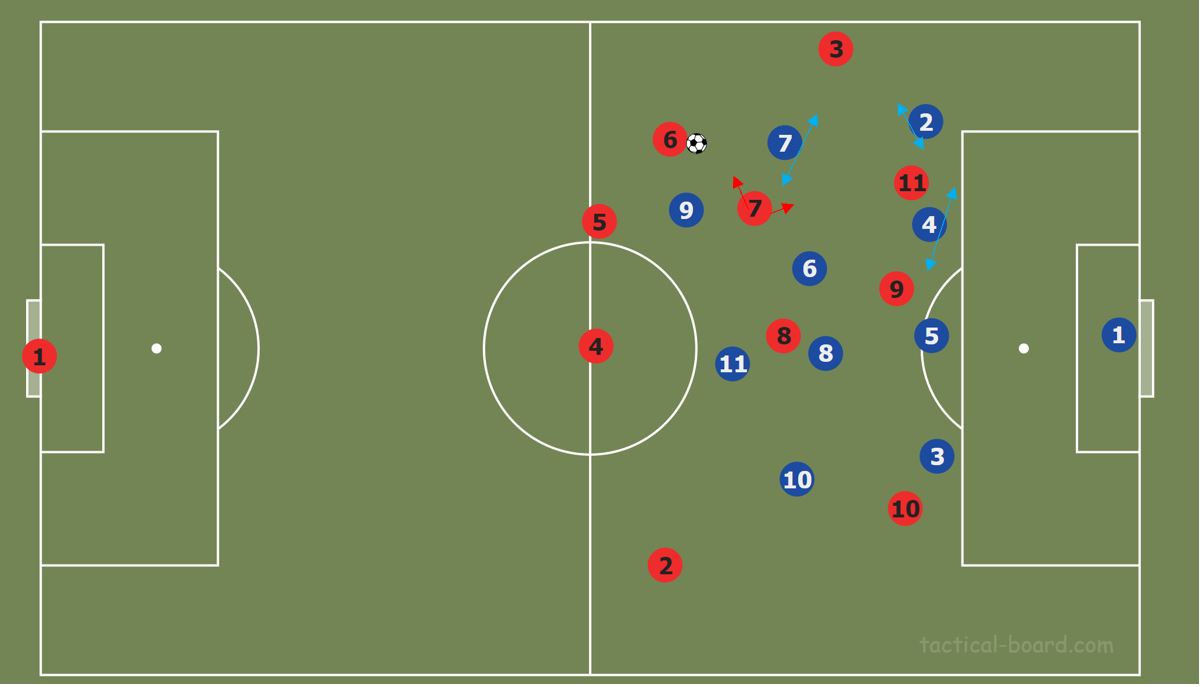 We can see an example of this below, with Alexander Arnold providing width, Mo Salah occupying the half-space and pinning the centre back, and Jordan Henderson here making a movement into the half-space with no marker. The only thing missing from this structure is Firmino’s role on the far centre back, but not every situation can show the ideal positions.

We can see a variation, of this here, where Liverpool struggle to progress with these principles not met. Firmino drops deep between the two lines and takes up that central midfielder role. Width isn’t provided and so the full-back can easily occupy the inside forward in the half-space. The centre back can also do the same with no striker occupying him.

In order to make the most out of this scenario, Liverpool need to look to drive forward in wide areas to engage this wide player, as too often Liverpool refused to move into this space, with Henderson here playing the ball wide and moving wide.

Another way Liverpool could penetrate Atleti is through diversion runs in the middle, with the winger forced to press and the two central midfielders committed over. Thomas Lemar had a habit of dropping deep looking to protect the full-back, but this can be exploited if the midfield is stretched.

Liverpool also need to look to get between that first and second line more, in order to engage the midfielders and look to open up gaps through the centre. Players have to show to receive the ball in these areas, and the space between the two lines can be exploited if done correctly.

Finally, it is worth mentioning that despite these principles being in place, positionally each player does not have to occupy the area highlighted, and rotations can/will occur in order to create and occupy space. We can see here the width is provided by Sadio Mané, while Gini Wijnaldum occupies the half-space. Roberto Firmino rotates with him to move into the central midfield area, and the player carrying the ball is actually the full-back in this case.

With Liverpool only requiring one goal to take it to extra time, it is vital that they are able to sustain attacks in order to break Atlético down, and to also prevent Atlético from gaining that elusive away goal. As a result, their attacking structure has to be well balanced while still maintaining their offensive threat, as it so often is.

We can see here we look at Liverpool’s previously mentioned offensive structure, this time with a defensive lens on it, where Liverpool must consider what impact their offensive shape has on their ability to transition into defence. 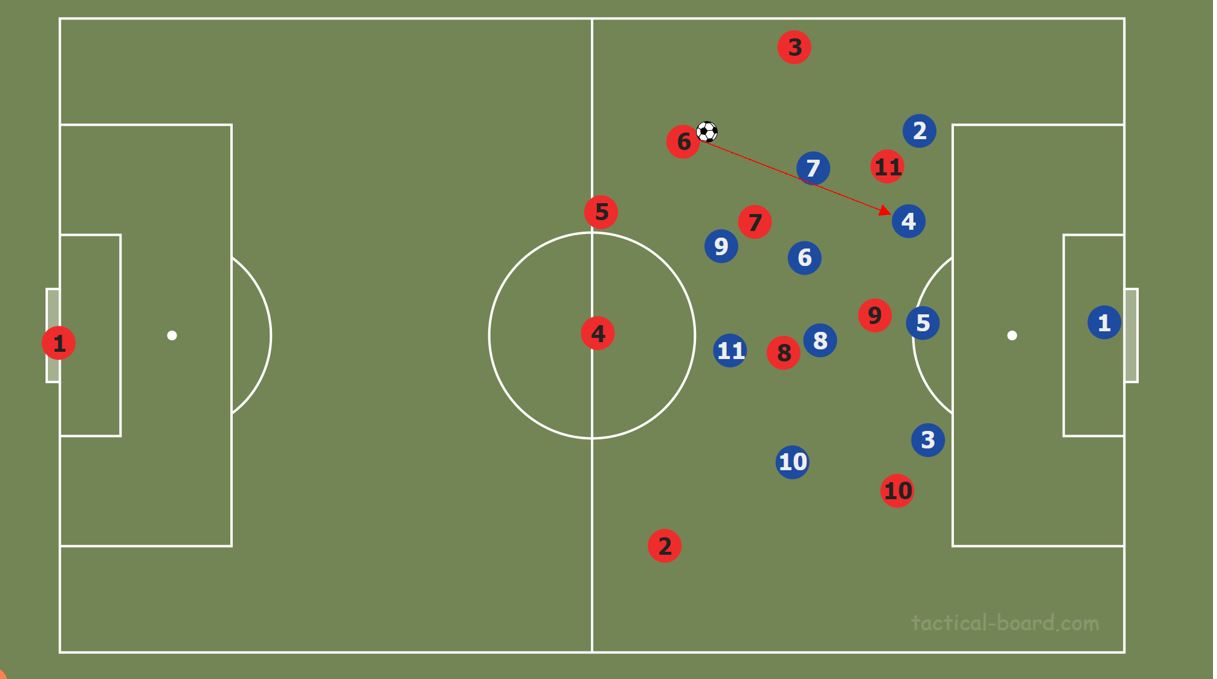 Below we see what happens when the ball is lost. If you compare both the images you can see the slight tweaks that have been made are simply players moving forward and getting slightly tighter, but the key detail in this is no players have large pressing distances they have to get across, and therefore there are little gaps for the opposition to exploit. Pressure is applied directly from the front, which helps to prevent forward passes, while there is also cover available in the wide areas to prevent lateral passes. The team is made vertically compact by the centre backs pushing very high, something we saw a lot from Liverpool in the first leg, and something we will see again in the second. 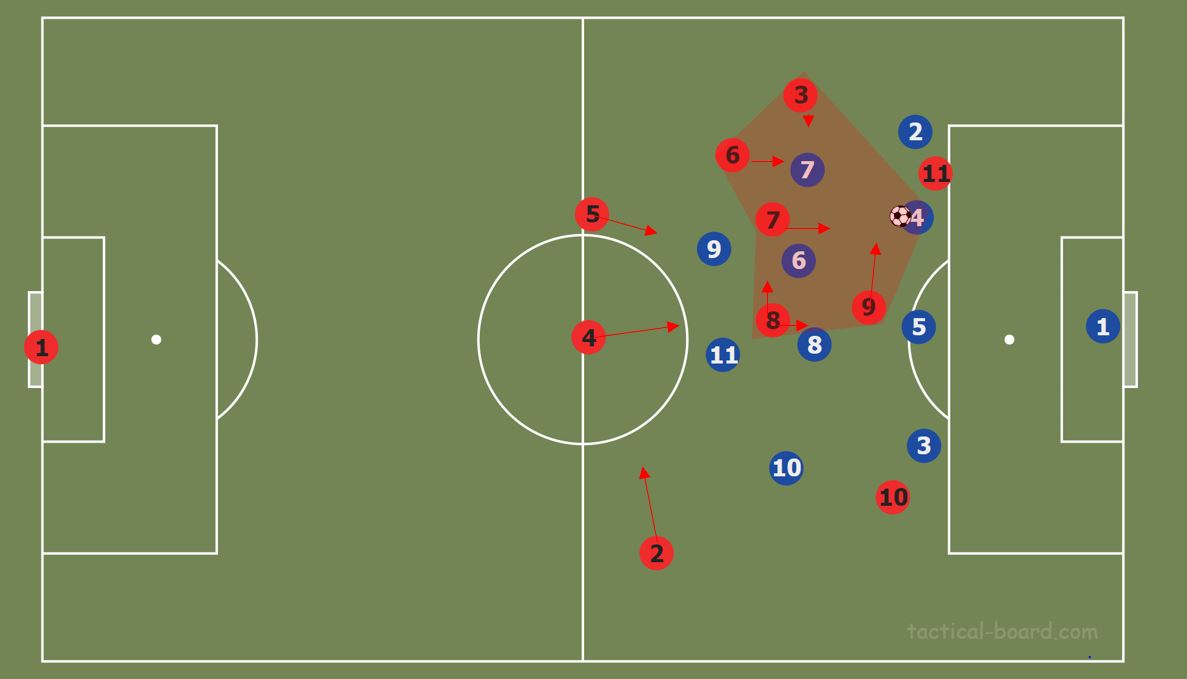 We can see a perfect example of this counter-pressing structure being put into practice here, this time on the opposite side of the pitch. Here the central midfielder (Henderson) has pushed high quickly to counter-press, and Liverpool remain tight around the ball, with Fabinho able to mop up the ball. You can’t always be as compact as shown on the illustration of course, but football is about getting that balance between maximising how expansive you are, yet also maximising how compact you are simultaneously.

We can see another example of this here, with Joe Gomez completing the counter-press by pushing extremely high. Again, pressure has been applied from the front by Gini Wijnaldum, and other players are compact enough to cover and win the ball back.

The main complication comes from when Liverpool start to use those rotations as previously mentioned, and players have to be intelligent enough to recognise which role within the counter-press they need to play. We can see an example here where Mo Salah ends up in that central midfielder’s role in applying direct pressure from the front, while Trent Alexander Arnold beside him plays the role of the covering central midfielder. Players have to ensure that their rotations don’t hinder the sides counter-pressing ability, a skill which is complex.

Who starts in midfield?

The gut reaction for this game would be to say Liverpool lacked creativity in midfield and therefore need either an Alex Oxlade Chamberlain or a Naby Keïta to liven things up. In truth, I think the decision of who plays in midfield will rely a lot on that ability to counter-press and how much Klopp trusts his players to perform that role well. In terms of safety in this regard, Fabinho, Henderson and Wijnaldum would be my top picks as a counter-pressing midfield three, but Keïta’s ability in tight areas and Oxlade Chamberlain’s ability to score from range make them both threats. To stick my neck out, I’d personally go for the counter-pressing three, but Keïta’s fitness levels are currently unknown and I don’t get to see him in training every day.

In conclusion, Liverpool face a difficult game against difficult opposition, and it will certainly be an interesting clash of tactics. Liverpool showed in spells that they have the answers to that question of how to break the Spaniards down, and if they can control the game with their counter-pressing, I think they have a good chance of going through. I also believe they have a good chance from set-pieces, and have written a separate analysis of this topic on the website, so feel free to check that out too. 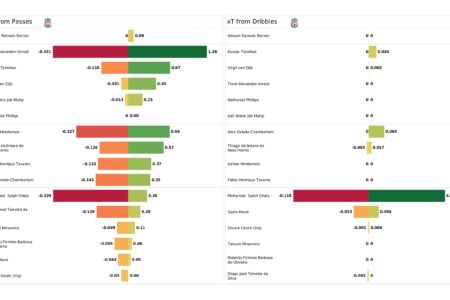 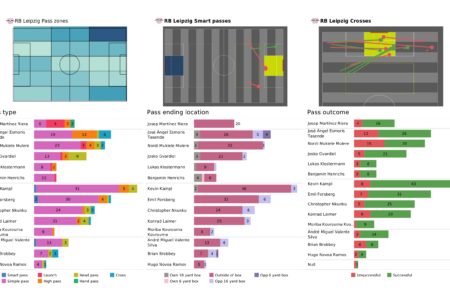