The Most Underrated Football Games of All-Time

The World Cup is just around the corner, and to celebrate its arrival, EA Sports will have a special World Cup feature in FIFA 23.

Oddly, whilst the competition is labelled the FIFA World Cup, after the world’s governing body, if you were to say “FIFA” to people, their first thought would likely be the video game, not the suits and ties who control football. That’s how much their flagship title has penetrated pop culture, yet this year’s release will be the final one. After this, no more FIFA as we know it, as Sporting News explains.

Will it go the same way as Championship Manager? For many years, “Champ Man” was a byword for lost evenings and weekends. However, when developer Sports Interactive split from Eidos, “Champ Man” was lost, and Football Manager emerged as the top management simulator. However, both were as strong as each other whilst they reigned, underlining the popularity of the beautiful game on console and home computers.

Football games are wildly popular today, and as the World Cup trundles around, fans will doubtless turn to their computers and mobile devices for a football fix. Mobiles are powerful enough to cope with mind-blowing games, which is why both FIFA and Football Manager have mobile versions. They’re not alone; mobile football games come in all shapes and sizes. There are even online slot titles from Gala Bingo based on football, including 11 Champions and Top Trumps Football Stars. The latter, a game based on football cards, is a popular theme, with Sorare taking card collecting on mobile and turning it into an NFT game.

NFTs, online slots… the list of different genres goes on, but there’s always been one game genre that has reigned supreme; match action. Over the years, there have been some tremendous games, some of which are now classed as vintage or retro, and others sadly last to the sands of time. In today’s football analysis article, we’re revisiting three of the best football games that don’t get enough respect in the modern era.

For a period in the early nineties, before Sensible Soccer and FIFA, Dino Dini was as well known in football circles as top football clubs such as Manchester United. Why? Because he was the mastermind behind Kick-Off 2, one of the most influential games of a generation. Dino Dini’s Goal! was arguably Kick Off 3 in all but names, combining slicker graphics and measured gameplay with proper team names and licenses. Sadly, games moved on quickly, and it was soon forgotten, unlike its predecessor. However, gamers of a certain age will still appreciate Dini’s best title.

It is hard to imagine now, but before PES and FIFA’s two-decade battle for supremacy, a third player was vying for success, and in 1995, they almost snatched it. Actua Soccer was revolutionary because it was one of the first games to feature proper commentary from a known voice and use motion capture for player models. The only hindrance was the developer, Gremlin, was a small software house in Sheffield, and their outstanding game couldn’t keep up with the licensing power of EA Sports and Konami. That’s a shame because Actua Soccer could have become as culturally impactful as its bigger rivals.

Striker, from Rage Software, is barely ever mentioned by gamers these days, but three decades ago, it felt like a breath of fresh air. The intros and music are dated, but it was ahead of its time graphically. It used a top-down view, with great set pieces and fast gameplay. It also featured an indoor mode, something that felt like it should be included in every football game, such was its popularity. Sadly, the indoor mode didn’t become a staple of football video games, and like the other games on the list, the Striker was eventually throttled out of the market, but there will be football fans of a certain age reading this with fond memories. 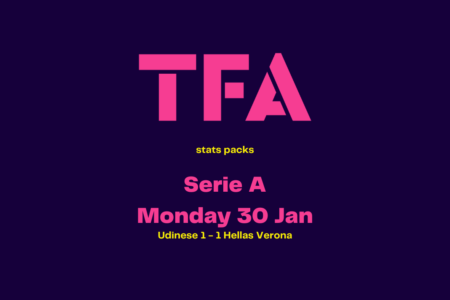 Monday saw Udinese vs Hellas Verona in Serie A. We’ve broken down all the key stats for you to digest […] 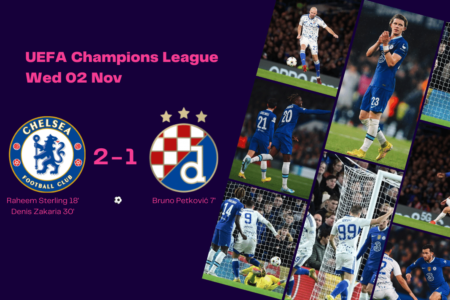 Wednesday saw Chelsea vs Zagreb in the UEFA Champions League. We’ve broken down all the key stats for you to […] 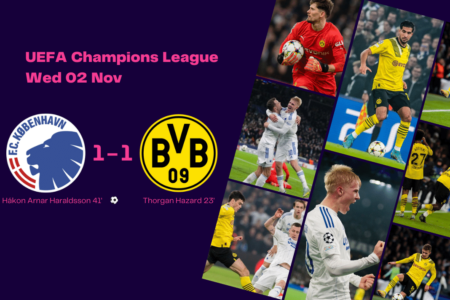 Wednesday saw Copenhagen vs Dortmund in the UEFA Champions League. We’ve broken down all the key stats for you to […]