A modern full-back or wing-back is required to be more and more involved in the attacking side of the game. Wing-backs are naturally more attacking because of the formation and the role they play in the team. However, the game is changing in a way that at least one of the full-backs is regularly involved in the attacking third. The attacking ability of full-backs and wing-backs is measured as a result how well they create chances for their teammates, how frequently they cross the ball into the box etc. The metrics that help us measure these abilities are expected assists (xA), passes into penalty area (PA) and crosses into the box. Dribbles are used to find out how frequently they take on their opponents with the ball at their feet.

The following visualisation shows who are the four most attacking full-backs using just numbers. Of course, this may change depending on the team style and the role the fullback is asked to play in the team etc. The criteria used to pick these four players was that these were the only full-backs who rank above the 60th percentile in all four metrics. 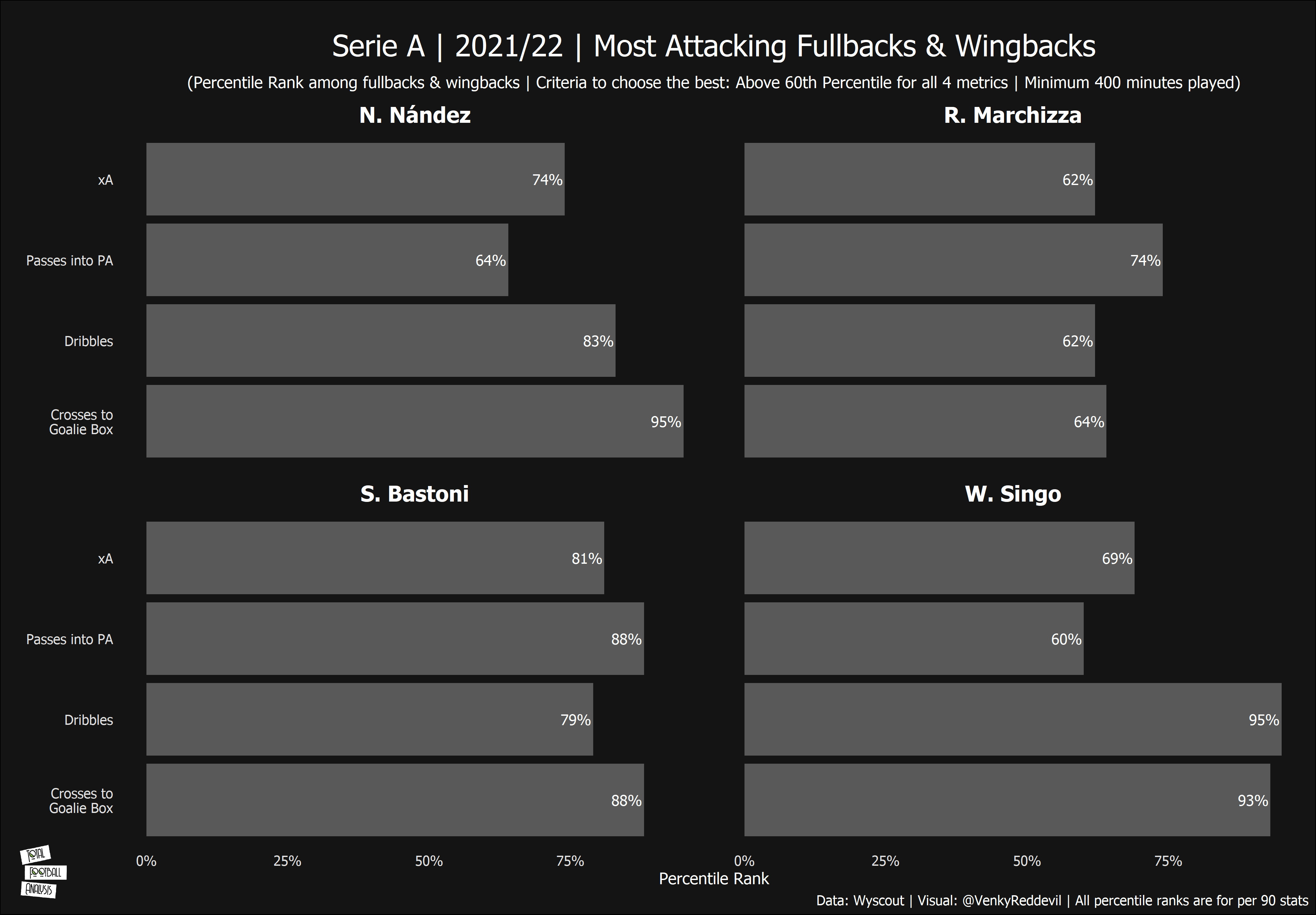 Spezia may not have had a very good start to the season but Simone Bastoni has had an excellent start to the season. The left-back, who has at times played as a midfielder as well as per Wyscout, is the only player among full-backs and wing-backs to rank above the 75th percentile for all four metrics. He also has two goals to his name. Only Karsdorp of Roma has played more passes into the penalty area per 90 than Bastoni.

Wilfried Singo, the 20-year-old right-back/right wing-back for Torino has attempted the third most crosses per 90 in the league. Only two other players have played more crosses to the goalie box per 90 than the Ivorian full-back. One of those players is Nahitan Nández of Cagliari. Nández has also made the third most key passes per 90 in the league. The fourth and final fullback is Riccardo Marchizza of Empoli. The 23-year-old left-back, who can also play as a center-back, ranks third for crosses per 90 and key passes per 90.