The Serie A title race is picking up some pace. After remaining unbeaten in their first 12 league games, Napoli are third in the table, two points behind leaders AC Milan. While Inter, who have only lost once in the league all season at the time of writing, are second in the table, one point behind city rivals AC Milan.

The following visualisation shows Napoli’s five game rolling xG against xGA and their decline in form is quite clearly visible. 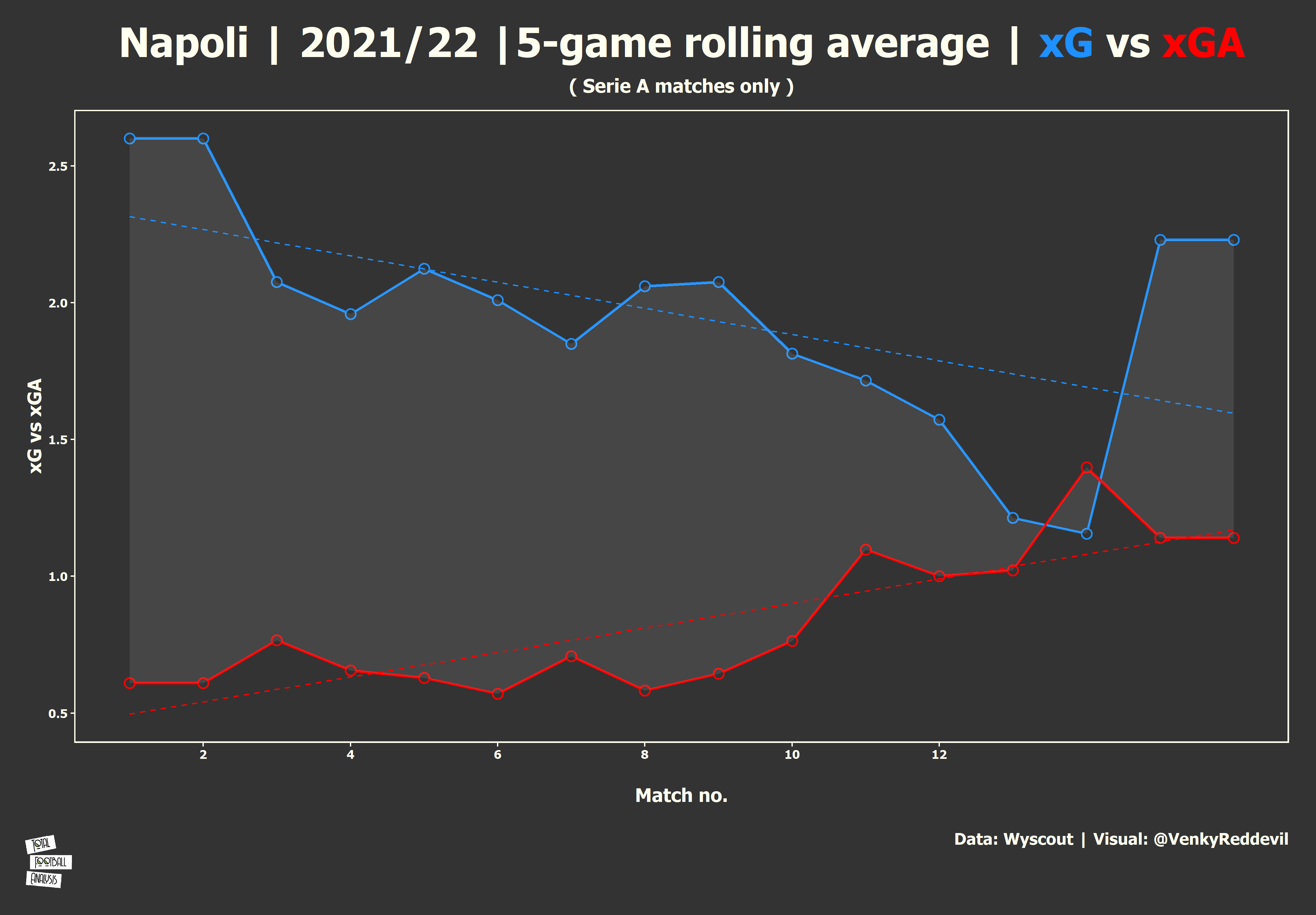 Napoli started off the season in a brilliant fashion, to most people’s surprise. In their 12 game unbeaten run , Napoli scored 24 goals and conceded just four goals keeping eight clean sheets. During this unbeaten run, Napoli scored two or more goals in eight of the 12 games and in seven of those eight games, Napoli had an xG of greater than two. Their defensive numbers were looking good during this period. However, the trend lines in the visual indicate that recently their performances have been declining. Napoli have only one win in their last five league games, a 4-0 win against Lazio. Their worst defensive performance this season came against Atalanta last week losing 3-2 at home.

Things are not too bad for Napoli at the moment given their performances at the start of the season. However, Napoli face title challengers Milan and out-of-odds Juventus in their next three games and those two fixtures could be season-defining if Napoli are to put up a proper title challenge.