It is fair to say that West Ham United are one of the best teams in the Premier League this season. At the time of writing, The Hammers are fourth in the league table and have already beaten Liverpool and defending European champions Chelsea. David Moyes’ men have scored 28 goals (the fourth most in the league) and have conceded fewer goals than Everton, Leicester City, Leeds United, Manchester United and Arsenal. But, do The Hammers deserve to be where they are? 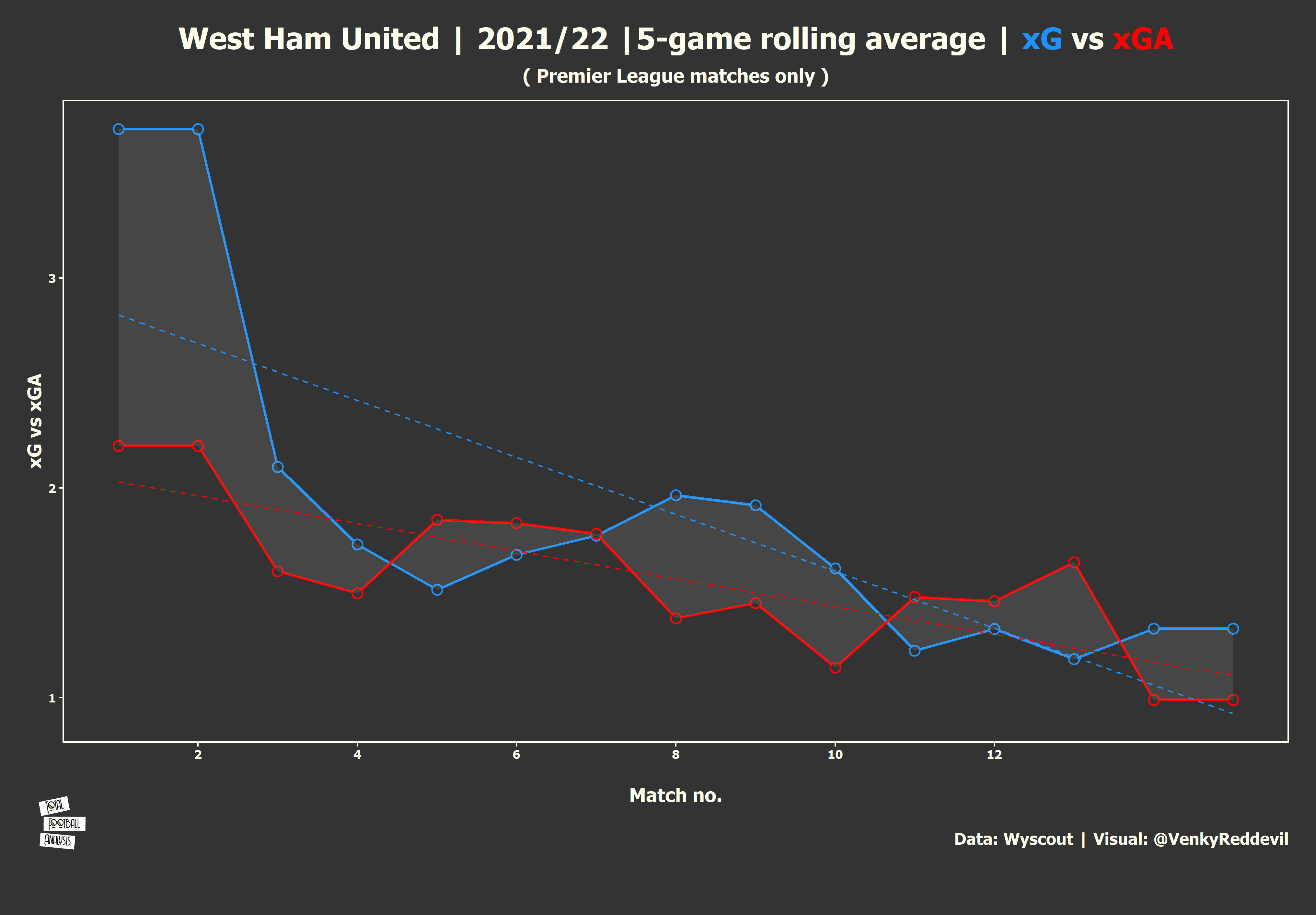 West Ham’s 28 goals scored are almost on par with the overall xG for the season (26.25). However, they have been lucky when it comes to their defense considering their xGA is 23.13 but they have conceded just 19 goals.

West Ham started off the season brightly with Moyes’ men unbeaten in their first four games scoring 10 goals and conceding five. Their first two games against Newcastle United and Leicester City were their best games in terms of xG with The Hammers scoring four goals in both the games. Their defensive performance against Leicester was also their third best this season with an xGA of just 0.90. Their win against Aston Villa was their best defensive performance so far. West Ham United beat Chelsea, Liverpool and Tottenham at home scoring three against the former two and keeping a clean sheet against the latter. Their game against Manchester United, which had a lot of drama towards the end, was their worst defensive performance with an xGA of 2.70.

The trend lines in the above visual indicates that West Ham United are not hitting the early season with their attack in steady decline but their up and down defensive performances mean that they for now deserve to be where they are. It remains interesting to where The Hammers will finish come the end of the season as we enter the most crucial period of the Premier League season.