There are many ways in which football in its current state is continuously and constantly evolving and improving. Pressing, passing combinations, and tactical structures in the last 5-10 years, when compared with the 5-10 years before that are so much more complex and specific, and there is a real stark before-and-after picture of the tactical landscape of football. Specifically in the Premier League, even when looking purely at the last few years, the introduction of truly world-class managers in Pep Guardiola and Jurgen Klopp has raised the tactical standards of the league. What I have noticed however is that in spite of this, corners are largely taken in the same way across the Premier League, and across world football. A winger or technically gifted central midfielder swings in a ball into a rough area and every attacking player in the box close enough to make it to the ball simply throws themselves at it and hopes for the best. This is intensely unimaginative and I believe that the tactical possibilities for corners have a high ceiling that has barely been discovered by modern teams, who seem to see set-pieces as an afterthought to focus on once everything else has been finished off.

When exploring this idea I had two huge influences who make me believe that corners are a hugely untapped tactical area. The first of these ironically is from outside of football altogether: basketball. In the NBA, the elite standard of global basketball, a huge aspect of the game is pre-planned coordinated movements where every player on the court moves all with the sole goal of getting a player they know to be a consistent shooter, into an open space to take a shot. This is because, as in football, when a player is completely open the chances that they will score rise exponentially. When watching the NBA you notice it incredibly quickly, as many many times a game the point guard, the on-field general, will make a hand signal indicating exactly where he wants every player to move and stand. Whilst football in open play is far more chaotic and less of a structured back and forth than basketball, football’s set-pieces are very comparable. Both will usually be about having an organised defence, defending in either a zonal, or man-to-man system, and an attack looking to break this down to create a statistically better shot opportunity for their best players. In basketball this is done through multiple co-ordinated movements to draw a defender one way before exploding in another direction, the below image being a very simple example of this.

The other huge influence was England’s corner tactics at the World Cup in 2018. Gareth Southgate has openly discussed how the NBA influenced his work at set-pieces, and you can very clearly see the influences.

Taking the game against Panama as an example, having studied them Southgate knew that Panama played a man-marking system where each player took personal responsibility and gave them very little space. What this also means, however, is that if one player is able to break away from their marker, they will likely be unopposed if they reach the ball. For the first goal, John Stones starts on the edge of the box with Ashley Young positioned just in front of him. With Henderson, Kane, and Maguire in the box (all aerial threats) it is assumed that he is unlikely to be a target as he is too far out.

The whole play is designed however around creating space for Stones to get a wide-open headed shot at goal. Henderson makes a run for the near post and ends up drawing two different players with the intensity of his movement. Maguire and Kane move to the back post drawing their men outwards and creating a channel right through the middle for Stones to attack.

As well as this, Young positions himself between the marker on the edge of the box and the direction he knows that Stones plans on running into. Whilst avoiding fouling him, Young is placed in a way whereby the Panama marker cannot get around him quickly enough to track Stones’ run – and thus Stones is left free to convert the header, which he scores.

The movement of every single player is with purpose and all with the express goal of giving Stones an uncontested header. This resulted in multiple goals for both Stones and Maguire in the tournament, arguably rather average headers of the ball for their club sides. Another element of England’s game, which I believe is a vital tactic every Premier League team should be using, and many don’t, is the positioning of Sterling in the above picture. Sterling is not an aerial threat and thus there’s no point in him providing a dummy run for Stones as there is no way a defender would decide that Sterling is a bigger threat. Instead Sterling drifts round the back and positions himself right next to the keeper. In having Sterling, a fast player with good reactions and finishing, ready to put the ball in if the keeper spills it, Southgate covered several bases in ensuring a goal resulted from this set piece. This resulted in multiple goals for Kane and others over the course of the tournament. It seems like a basic fundamental tactic, but it is a tactic very few teams in the Premier League regularly utilize properly.

This was, however, found in the New Year’s Day match between Arsenal and Manchester United where Arsenal capitalised on maintaining the fundamentals and keeping men close to the keeper. Manchester United play a zonal marking system at corners, meaning each zone of the box is specifically marked by a United player.

As of so far, I have mentioned methods of creating space when faced with a man-to-man defence at corners. This is with elaborate moves and dummy runs which are all pre-planned and choreographed to create space. When faced with zonal marking, however, the “space” you look for is found in very different ways. Lacazette makes a movement towards the front post, drawing Rashford just a few steps away from his allocated position.

This allows Luiz to come across and nod the ball on in that tiny amount of space left by Rashford. In a system such as zonal marking, if any player moves from their specific zone, it leaves a totally unmarked area of the box. This tiny area is where Luiz attacks, and almost scores.

As previously mentioned, however, Arsenal execute the fundamentals and have men positioned within the 6-yard box following in and ready to attack the ball. From this, Luiz’s header is saved, but Sokratis bundles in the rebound. This demonstrates not only the necessity of executing fundamentals when attacking corners but also reinforces the importance of focusing on creating space for your main attacking threats, no matter the style of defence you face.

An example of another Premier League team that consistently do well from corners is Liverpool.  This is no small surprise for 3 main reasons. Firstly, in Virgil van Dijk, Liverpool have one of the most dominant attackers of the ball in the air in the world, let alone the league.

Secondly, Andrew Roberton’s and Trent Alexander Arnold’s deliveries are consistently exceptional. To any football fan who has watched football in the last 18 months that should be obvious (see the now-iconic Origi goal if in doubt) but it is vital to what I am discussing. It is all well and good to create an elaborate routine to put a man in space, but you obviously need a player who can put the ball exactly where the run is planned to end. In Alexander-Arnold and Robertson, Liverpool have players who can put the ball into the box on the exact spot it is needed with a world-class consistency.

Finally, Liverpool as a club is very forward-thinking in how they are run, but they recognise the capacity for incremental improvement in areas that many clubs take for granted. Take, for example, their appointment of a throw-in coach in Thomas Gronnemark. It was widely mocked, but throw-ins are vital to maintaining possession and starting fast breaks. Liverpool recognise the importance of making tiny improvements to areas of the game you wouldn’t normally focus on, such as throw-ins and in my specific focus – corners.

This was demonstrated perfectly by the recent game against Brighton. Virgil van Dijk scored two goals in quick succession from headers, one on the end of a long free-kick, and the other from an inch-perfect corner delivered by Trent Alexander-Arnold. Now Brighton are by no means a short team, this is not a case of simple height advantage; in Dan Burn, they have the second tallest outfield player in the league, and Adam Webster and Lewis Dunk are both tall and incredibly effective at heading the ball. What Liverpool do fantastically, however, is as I have repeatedly stated, they make dummy runs to draw men, create space for their most effective header of the ball to attack, and Trent makes a point-perfect delivery.

As well as this, Mane who is also highlighted, battles with the man stood in the centre of the 6-yard box. This prevents him from being able to get near VVD, giving him an even easier header, which he smashes past Mat Ryan in goal.

This, however, I believe is simply the bare minimum teams should be aiming for in terms of the complexity of their runs. Simply standing in a line and then breaking off quickly should not be the height of sophistication when it comes to attacking corners considering the resources at the hands of Premier League clubs, and the complexity of every other facet of their game.

The NBA has pages upon pages of playbooks to try and pry open defences. The collected 2018/19 NBA playbook of all set plays used by each coach throughout the season totalled more than 900 pages. Why then do Football teams often have so few ways to open up a defence when gifted the opportunity to loft the ball into the opposition box with an uncontested cross? Take a look at the level of intricacy of the plays used by Steve Kerr, the head coach of the Golden State Warriors as featured earlier in this article. 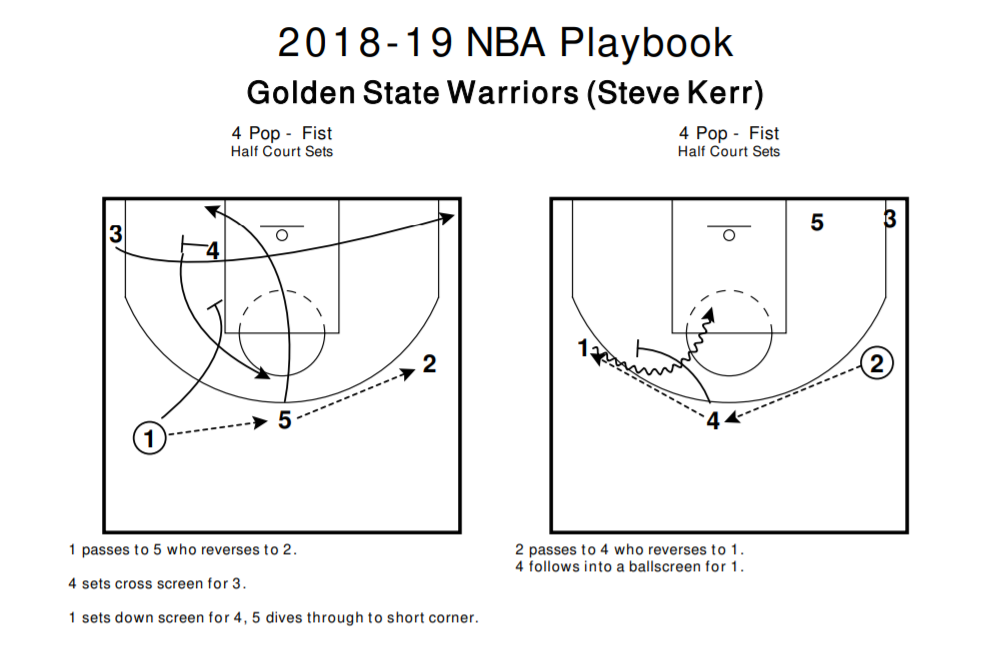 I believe that tactically much can be learnt from this for football. Whether in basketball or football, from set-pieces space is the name of the game. So when pondering what certain Premier League teams could improve upon when attacking from corners to me it’s simple and I’ve repeated it throughout this article.

Find players who can deliver the ball where you want, have several runs to create space for your key men, and take a page from the NBA’s book and use elaborate set-moves learnt as a group to beat the defence. If England’s 2018 World Cup campaign is anything to go off, it could make all the difference moving forward. 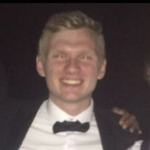 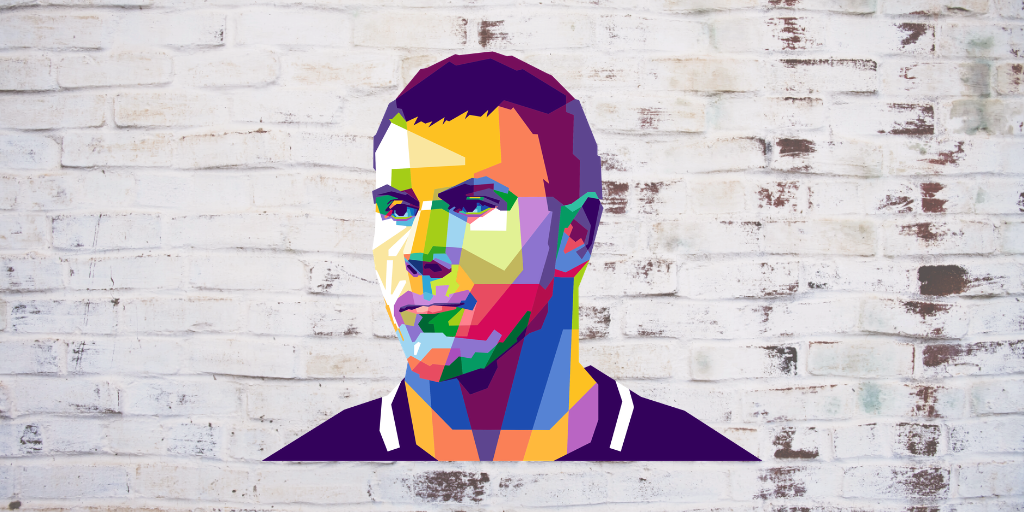 Getting to know modern football and modern desires that coaches have, we realize that all of the basic roles footballers […]