Although Manchester United had one of the best defensive records in the league in terms of both xG and the actual goals conceded, at times it looked rusty and were guilty of conceding cheap goals. De Gea was scrutinized for large parts of the season for his performances. Is it justified? Let’s see. 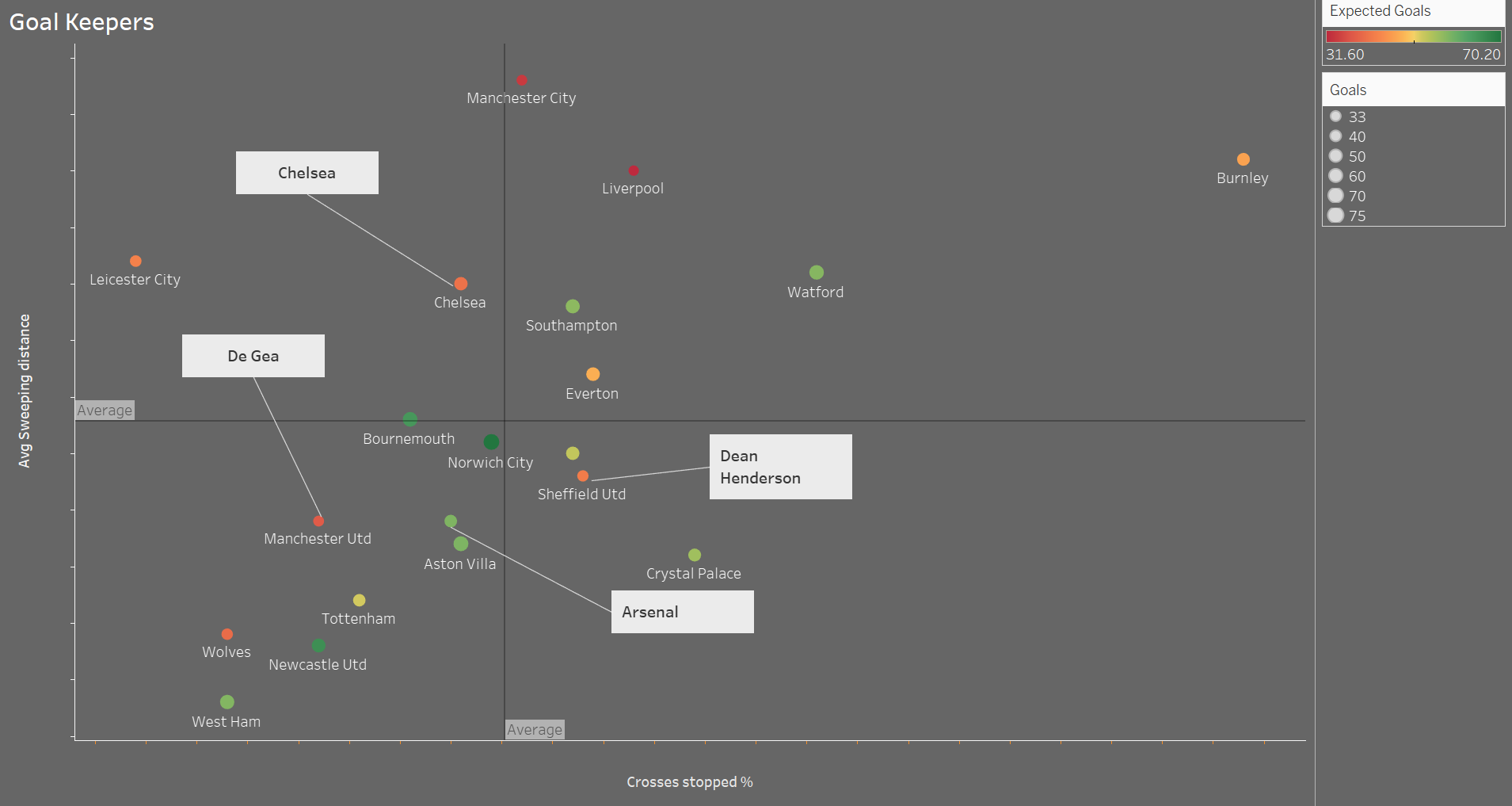 The plot compares goalkeepers of each team based on % of crosses stopped inside the box and the average sweeping distance of the keepers. These two metrics were chosen because of the centre-back partnership they had for the large parts of the season. Maguire is quite slow and can be beaten by pacy wingers. Lindelof, on the other hand, is weak aerially (66% won) and was guilty of contributing to some of the cheap goals conceded. Maguire can be partially solved if the goalkeeper was a good sweeper who could come out off his line and clear the danger. And also if he can command the box and stop the crosses, it won’t expose Lindelof as much.

Unfortunately, De Gea has low numbers in both the metrics this season. Even before his decline in form, his statistics in these areas were never that impressive. He was always a world-class shot-stopper. But with his stopping skills in wane, the defence has been exposed collectively most of the time. Be it Bergwijn’s goal against Maguire after the restart, or Everton’s goal against United at Old Trafford last December, is it time for United to look past De Gea by bringing in Dean Henderson? He isn’t a sweeper like Ederson or Allison but is surely good at commanding the box, as statistics would indicate.