The Premier League kicked off last weekend with multiple very interesting set-piece goals, and among the pick of these was scored at the Tottenham Hotspur stadium. This week’s set-piece analysis looks at Dominic Calvert Lewin’s goal from a free-kick against Spurs, where Everton combined the use of offside players, early runners, and excellent delivery to score past Hugo Lloris.

We can see the initial structure Everton take up from the set-piece below. They place two takers on the free-kick, with the aim of disrupting the dropping movement of the line by using feints. Dominic Calvert Lewin also starts in an offside position in the space behind Eric Dier and Toby Alderweireld. 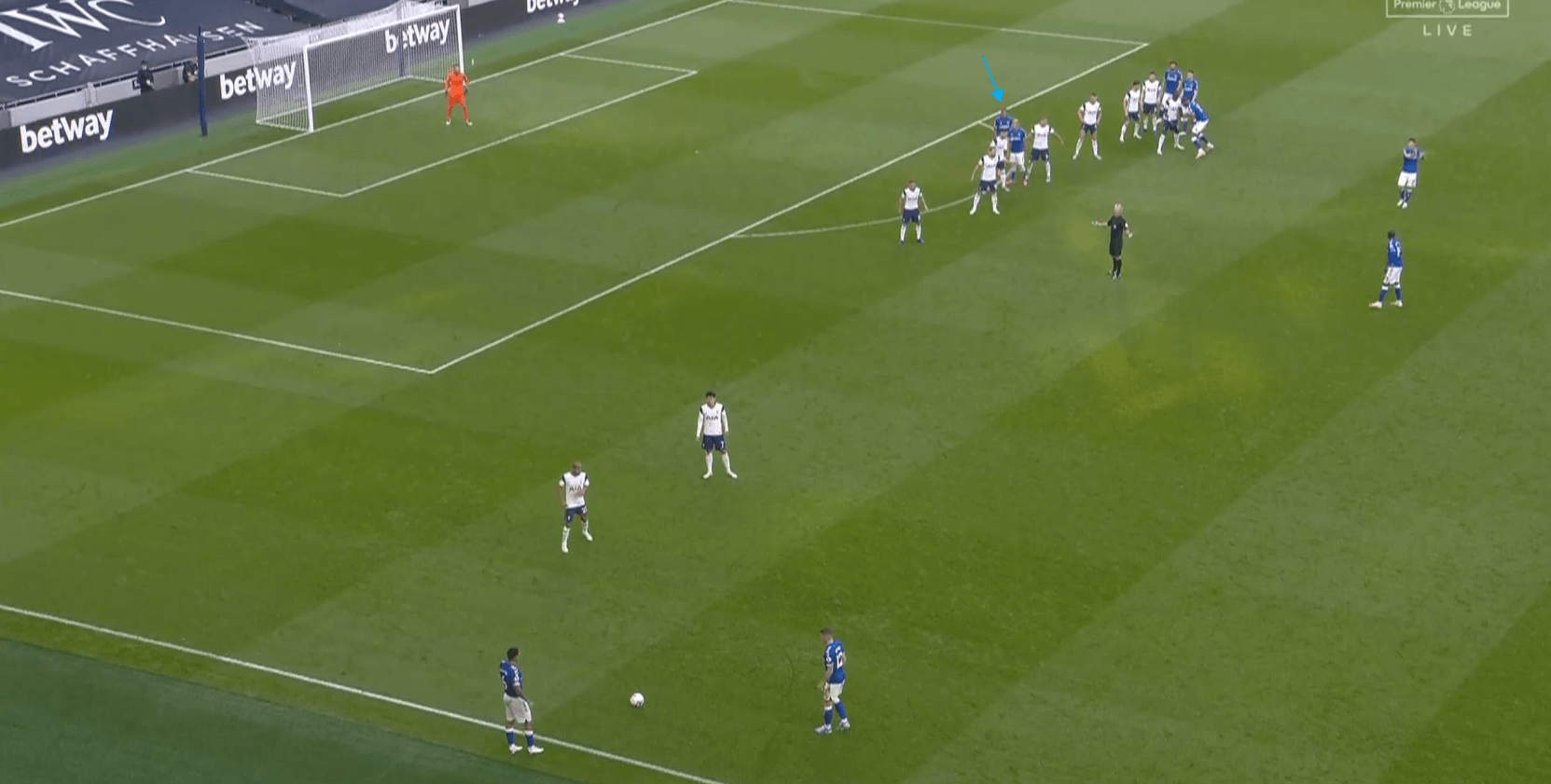 The right-footed taker (Allan) steps over the ball, and in coordination with this, Yerry Mina makes a very early run into the space in behind. He is followed by a marker who remains goal side of him, which means Tottenham, fairly high line is compromised.

This early run means that Calvert Lewin is now comfortably onside, and so while he was initially left unmarked, he recovers into a position where he now has to be. Yerry Mina’s early run also acts as a block for Michael Keane who runs towards the centre and into the space behind Eric Dier. Alderweireld does his job and marks his nearest player, but Eric Dier is overloaded on both shoulders, with Keane on one side and Calvert Lewin on the other. We see Dier looks over his shoulder at Keane, and so Calvert Lewin has a free run at first. 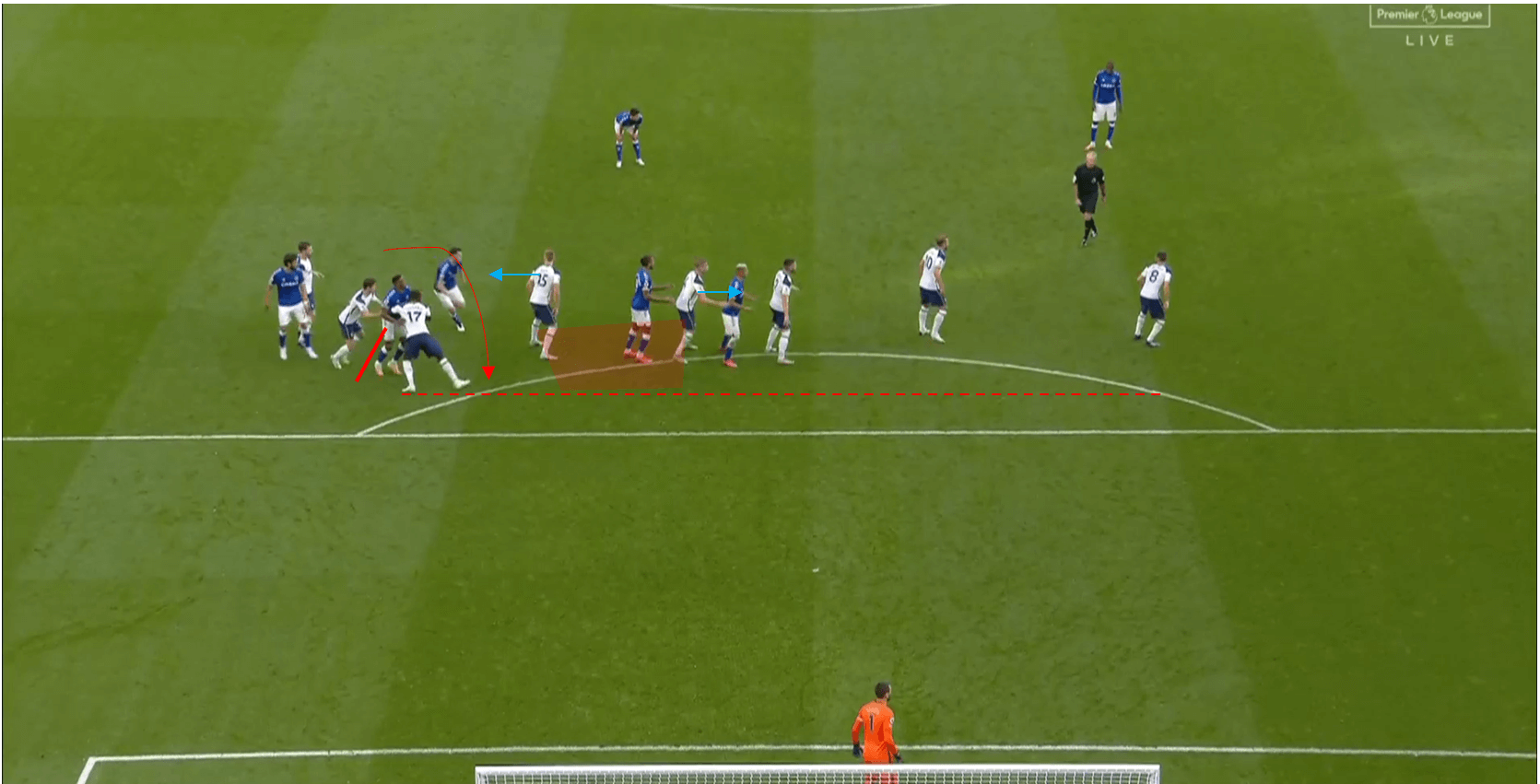 As the ball is delivered, Dier has to balance between Keane and Calvert Lewin, and so he can’t really commit to one or the other. If he reads the flight of the ball well, he may be able to quickly decide and get close enough to one player, but this is difficult. 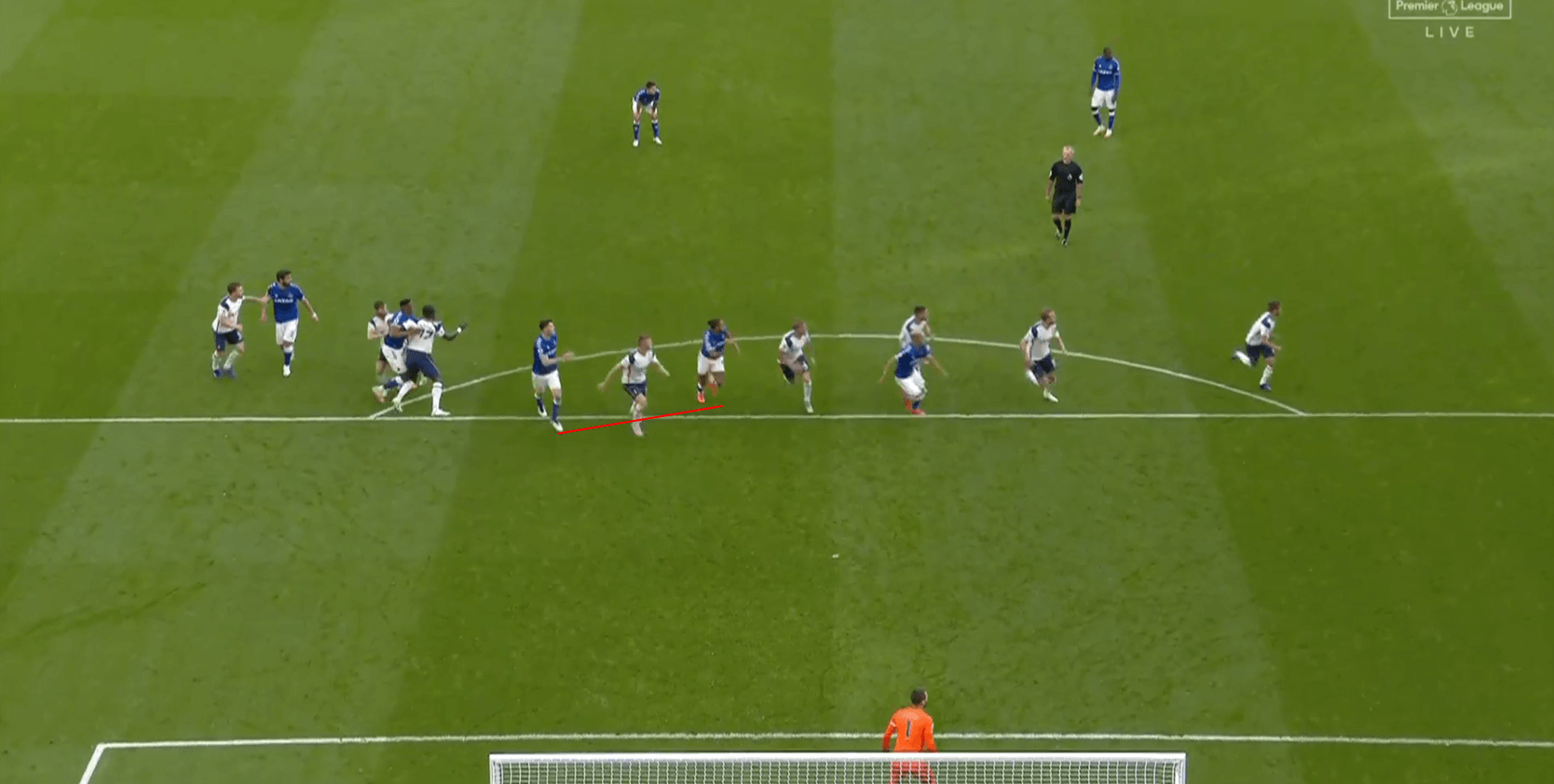 Therefore, when Lucas Digne’s excellent delivery lands in that space between Alderweireld and Dier, Dier cannot get on the right side of Calvert Lewin in order to stop his header, and so Calvert Lewin can tower over DIer to score. We can see that if the ball had gone over Calvert Lewin, Michael Keane was then also free at the back post. 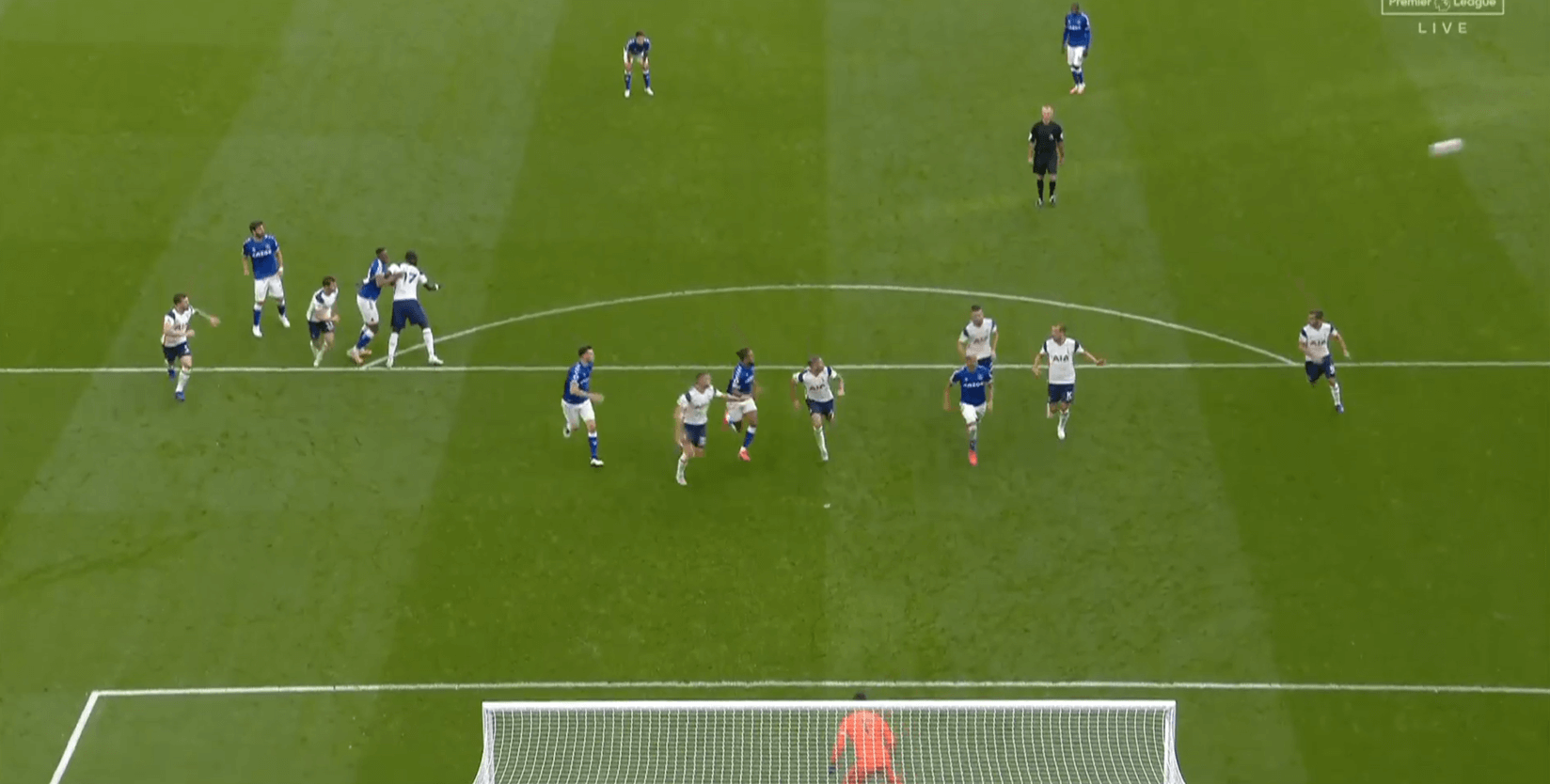 The initial offside positioning of Calvert Lewin helps to prevent him from being picked up initially, and the combined early run and block by Yerry Mina helps to overload one part of the zonal chain. Eric Dier could perhaps be more decisive and choose his nearest player, but Everton need credit for an excellently worked set-piece.