In all fairness, Crystal Palace have had a very good start to the 2020/21 Premier League season in spite of losing last weekend’s game against Everton through a controversial penalty call. Last season, they had the oldest squad in terms of mean age and there were widespread calls from everybody for Palace to invest in the market. Rightly so, they did some smart recruiting during the window to bring in Eze, Batshuayi and Nathan Ferguson. After their win against Southampton on the opening day, they beat Manchester United at Old Trafford for the second year running. However, their third game ended in a loss against Everton. One player who has stood out in these games for Palace was Cheikhou Kouyaté. The midfielder playing out of position at centre-back, partnering either Sakho or Dann in the three games so far, has been really solid. The visualisation below shows his performance against Manchester United. 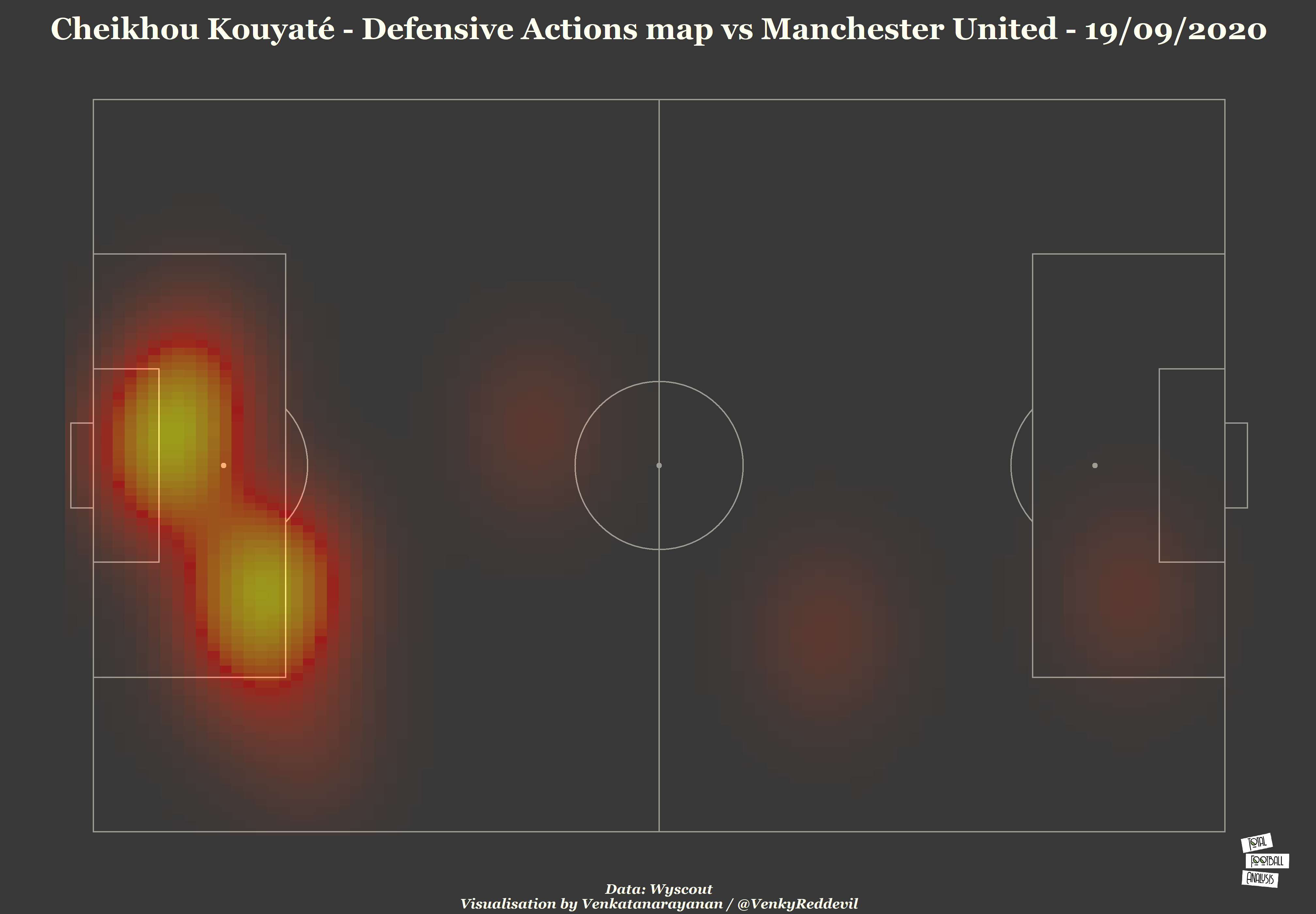 Kouyate was a constant aerial threat in set-pieces and won 50% of his defensive duels. He also made six interceptions and four clearances, constantly aware of what was happening around him.

In the game against Everton, Kouyate once again partnered Sakho at centre-back and put in another dominating display. Kouyate, along with Sakho made more clearances than any other player on the pitch and also made the second most interceptions. To cap this defensive performance, Kouyate also scored a goal.

Crystal Palace, under Roy Hodgson, are known for playing an unorthodox style of football, but they eventually get the job done on most occasions. Kouyate who has been an integral part of this setup has stepped up whenever demanded of him, and both Kouyate and Palace will be hoping for another successful season in the Premier League.