This week’s set-piece analysis looks at two specific throws from Barnsley’s match against Middlesbrough in the Championship. These throws show some good principles around complementary movements between pairs, and how one player can make space for another.

The first example shows good use of rotations against man orientated opponents, with the rotation happening on the blindside of one of the Middlesbrough marker. The Barnsley players start at different heights, and the furthest player acts as the target player. Prior to the play, Barnsley’s nearest player of the two instructs the player behind him to hold his position, in order to allow space for the play.

The ball near player, who can be seen easily by his marker, makes his run higher up the pitch, and because he is closest to the ball, his opponent is more orientated to him. The further player then makes a movement towards the space the other player has vacated. He is further from the ball and initially isn’t in a position to receive, so his man is more zonally orientated and less man orientated. 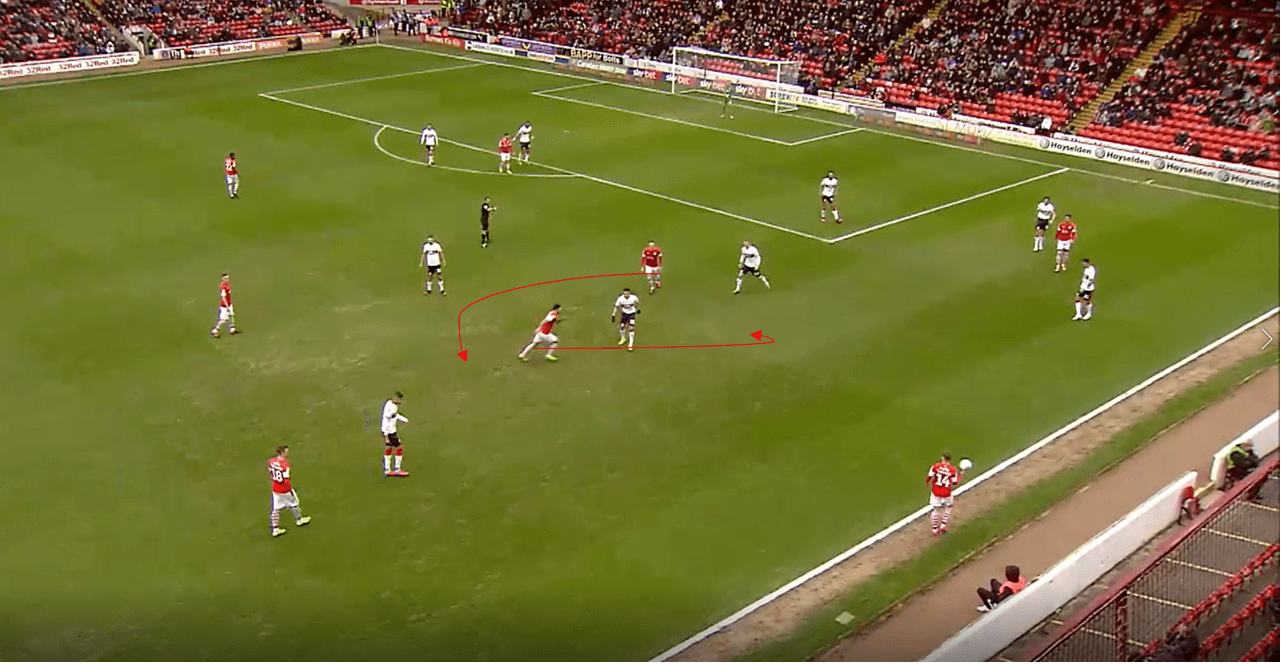 As a result, we see the far player moves into this space and is able to receive the ball freely. His original marker stays in his position so as to manage the rotation, but because the other marker can’t see the target player, he struggles to read the rotation and react. 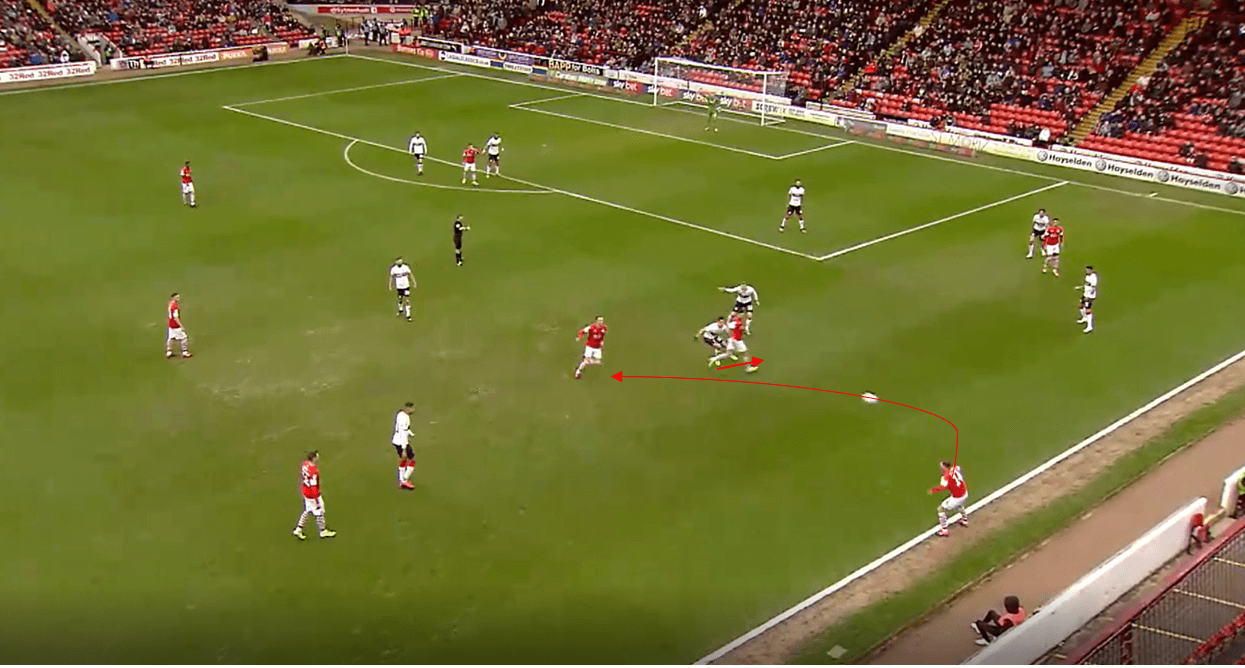 In this example again we see a pair of players making complementary movements, with this time the movement of one player helping to open the passing lane for another. We see one player who is man marked runs towards the thrower to receive the ball, while another stands between two zonal players and currently isn’t in a position to receive. 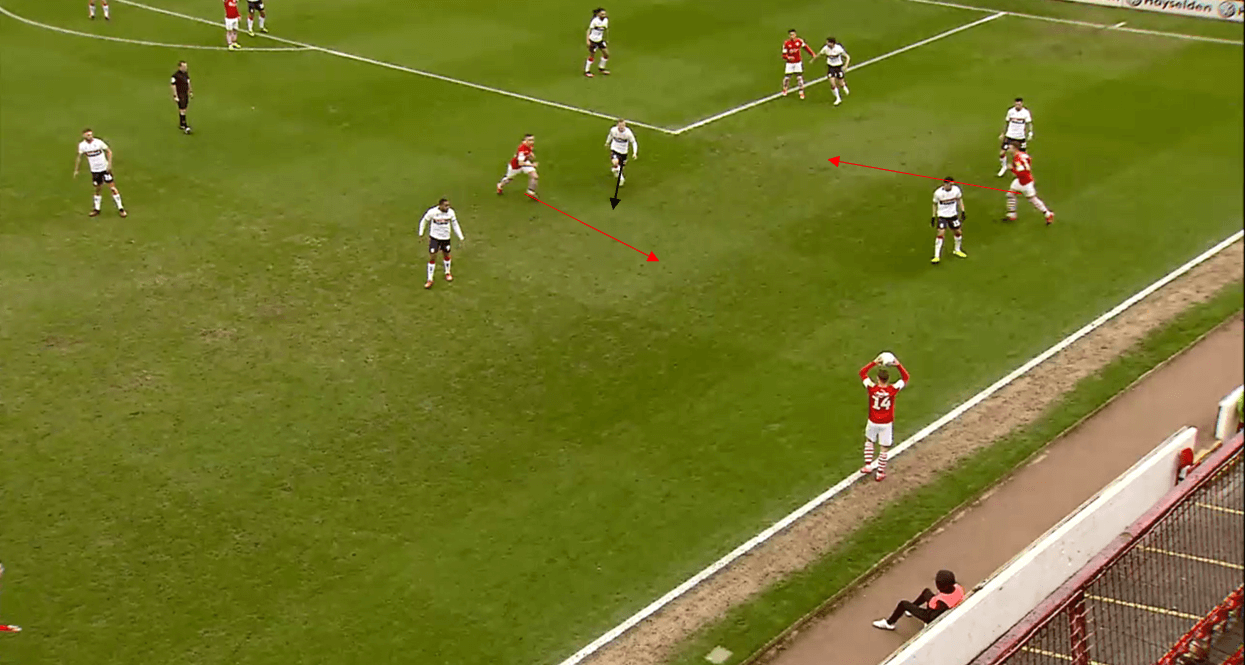 The nearby player makes his run in a straight line towards the thrower, and his marker follows. Because of this, a passing lane opens up that can be found by the initial thrower. The secondary player can then make a run unmarked into this passing lane to receive, and he is unmarked because his markers were zonal and he initially couldn’t receive the ball- similar to a third man combination. 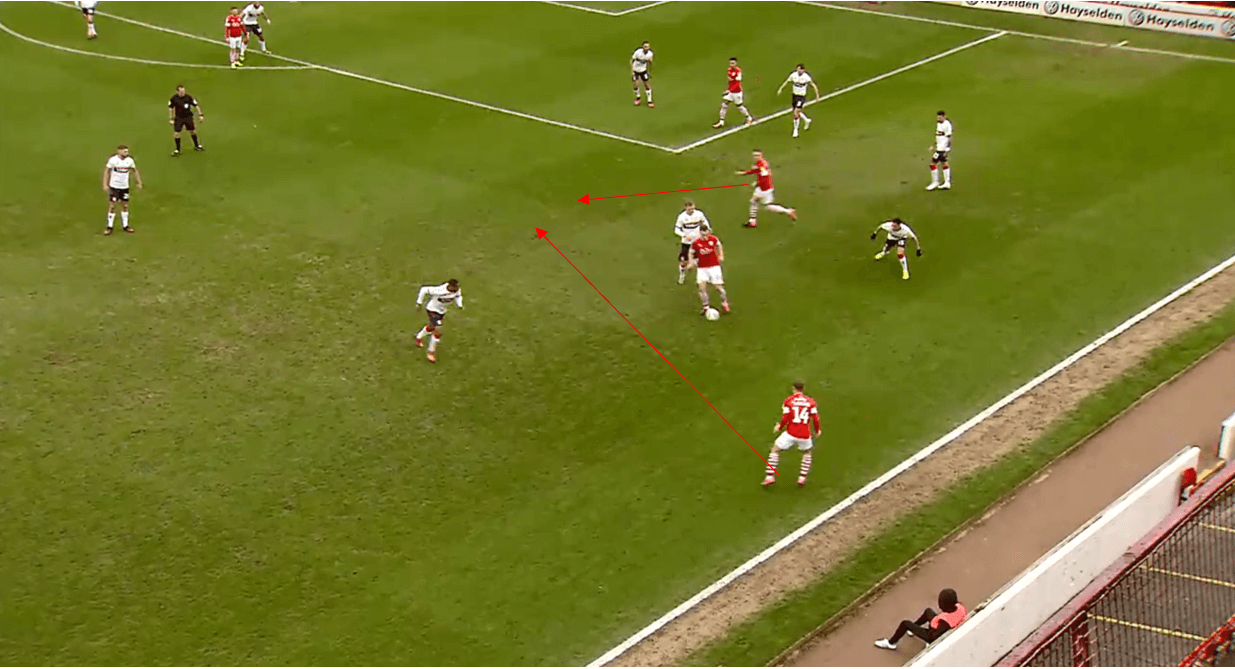 Barnsley seem to be taking a keen interest in set-pieces under Gerhard Struber, and this is something that will probably become especially prevalent next season.