In my previous graphic, I talked about the value of PVA – an advanced statistic that measures passes in a more nuanced view. Not every pass is a through ball but they also contribute to the attack. PVA allows us to measure this contribution in a more nuanced way than just saying “that was a great pass”.

In single matches, most teams that win have either players or systems that maximize PVA and are much more efficient at creating PVA than the opposition team. One such scenario that commits to this idea is the recent UEFA Europa League’s Final between LaLiga side Sevilla and Serie A heavyweight Inter Milan.

Many predicted Antonio Conte’s Inter Milan to defeat Sevilla. With a world-class striker in Romelu Lukaku and a very disciplined team, it looked to be such a case. However, Sevilla pulled off a great 3-2 victory and showed everyone why Sevilla and the Europa League are everlasting partners. Many people felt that Sevilla didn’t deserve to win. To resolve this debate, we’ll turn towards PVA.

I have shown the PVA for all successful passes made by Sevilla’s attacking trio of Suso, Lucas Ocampos, and Luuk de Jong. Higher PVA passes, and thus more attacking-orientated, are shown in red while lower PVA passes are shown in yellow.

With this passmap, we see several of Sevilla’s tactics and an indication as to how Sevilla pulled off the victory. We see that a lot of the passes from the attacking trio occurs in the right-hand wing space. This corresponds to the tactic that many noticed that Sevilla were using crossing and wing-play to attack Inter Milan.

To what extent were these passes effective in their goal? It is this question that PVA allows us to answer. We see that the most red, in other words the most dangerous, were from the right-hand side. This gives us an insight that while Sevilla were implementing a tactic that many consider old-fashioned, they were doing so in an efficient manner.

Looking onto the left-hand side, we see an absence of passes but we still have high PVA passes coming from the wing sides yet again. This is yet another pointer to Sevilla’s crossing strategy and that it was working efficiently. Even though they weren’t active on the left-hand side, Sevilla were still able to make dangerous passes through their front three.

This approach from Sevilla ultimately allowed them to equalize and eventually win. Any good team always has their attack turn up in either creation or goal-scoring and after seeing this data analysis, it’s fair to say that Sevilla’s front three creation with their passes was a major part in them winning. These three constantly utilized the wing-spaces and instead of wasting possession, they made dangerous passes that tested Milan. 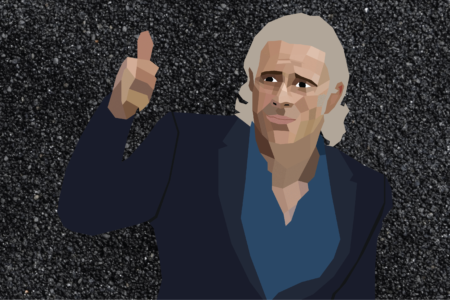 Wycombe Wanderers: Will they be able to compete in the Championship?

Having been on the verge of relegation to the National League in the 2013/14 season, Gareth Ainsworth has transformed Wycombe […]