The Serie A title race may look like a done deal thanks to Juventus’ dominance of the division this season, but there’s still a compelling race in the Italian top flight.

The Capocannoniere, the award for the top goalscorer in Serie A, is as tight as a drum this season, with no runaway leader and a host of world-class finishers all within a couple of strikes of each other at the top of the listings.

Here’s a quartet of Serie A hitmen whose form has them eyeing the Capocannoniere this season.

The Genoa hitman has been an out-and-out finisher for his team so far this season, and his form has him right in the mix as one of the top scorers in Serie A.

The Pole hit 11 league goals up to December 13 and has a strike rate of around 50% from shots on target, which is hugely impressive.

His form for Genoa has seen him called up to the Polish national team, and he made a goalscoring debut in his first competitive match for his country, netting in a 3-2 UEFA Nations League defeat to Portugal.

As one of the emerging talents in Serie A, expect Piatek to be on the transfer radar of Europe’s big clubs in January. But if he stays put in Genoa, he could well finish the season as the division’s top scorer.

Despite leading the way towards the half-way stage of the season, Piatek remains as excellent value to win the Capocannoniere at 9/1 with bet365.

As David Selini said when analysing Piatek back in September, he is a centre-forward who loves to score goals.

Genoa play in a 3-4-1-2 formation which has so far seen Piatek form a strike-partnership with Christian Kouame while the creative veteran Goran Pandev is the playmaker behind them. As we’ll see, the split striker formation gives Piatek the chance to make diagonal runs in-behind to great effect. Defensively, Genoa drops into a 5-2-2-1 shape where Piatek has to defend the left-sided half-space ahead of the two midfielders as seen below. When the ball is won, Piatek provides a great out-ball for Genoa to break quickly from defence to attack. 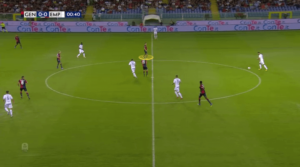 Krzysztof Piatek is a natural goalscorer. The Polish centre-forward is comfortable finishing with both feet and with his head. His start at Genoa, with seven goals, is testament to that. He’s scored with both feet so far this season. The goals come as volleys from crosses, runs in-behind or quick-reaction finishes in the penalty area. This understanding and technique makes him a handful for every defender.

Added to that is his aerial quality. His heading ability and strength makes him a constant threat from crosses. The above image is a good example of why. As the cross comes in, Piatek has positioned himself cleverly. He starts behind the defender to prevent the defender from seeing the ball and him simultaneously. Instantly, that gives him and edge as he can see both. He then uses the defender to reach an even higher point than his already impressive leap has given him. The defender can’t compete and Piatek heads home comfortably. 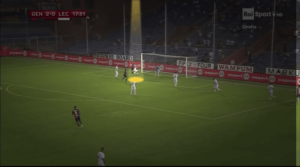 Ronaldo may now be entering the veteran stage of his glittering career, but he’s no less potent in front of goal.

The Juve star reached double-figures by early December, and given he’s already attempted a staggering 73 shots, with 40 of them on target, it’s no surprise he’s scored from 10 of them.

As of December 13, he averaged 134 minutes per strike, and his goals have helped his side to a sizeable lead at the top of the Serie A standings.

Ronaldo is the clear favourite in the Serie A betting for the division’s top goalscorer. Indeed, he’s an odds-on favourite at 4/11.

As our Lead Analyst Lee Scott discovered when he analysed Ronaldo at Juventus in late October, the ex-Real man is now fully integrated tactically, saying;

So far this season we have seen a couple of different configurations from Juventus as their coach Max Allegri looks for the best way to use his attacking resources. In some matches, they have used two forwards in Cristiano Ronaldo and Mario Mandzukic playing centrally with the Argentinian forward Paulo Dybala behind them as the ’10’. 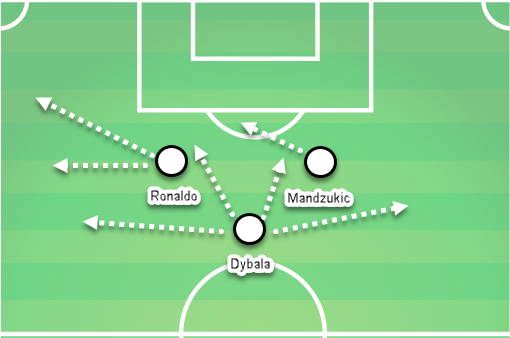 In this image, you can see the movement patterns that we see from the Juventus forwards in this orientation. The Croatian forward Mario Mandzukic plays as the fixed focal point in the central area whilst both Ronaldo and Dybala have the freedom to move around in and around the final third. Ronaldo, in particular, will drift out into wide areas to pick up possession of the ball before moving back inside diagonally towards the penalty area.

There are similarities in this system to the way that we saw Ronaldo play during the latter stages of his time at Madrid. With Mario Mandzukic taking the role of Karim Benzema as the forward who sacrifices himself to create space for Ronaldo to move into. If anything, however, the movement profile for Ronaldo in this structure for Ronaldo offers the Portuguese forward even more freedom as he drifts right as well as left at will.

The second attacking configuration that we have seen utilised by Allegri this season resembles a more traditional three-man attack although the two wide attackers are orientated into more central positions in the half spaces. The three attacking players are the same as before but this time Mario Mandzukic adopts a more fixed central position with Ronaldo playing off of the Croatian forward to the left with Dybala to the right. The three forwards are supported by two ‘8’s in the centre and the two fullbacks who move high to occupy the wide areas. These vertical movements from the fullbacks are key in allowing Ronaldo and Dybala to occupy more central positions.

With these two slightly different structures we have seen Max Allegri be creative in the way that he has used Ronaldo to this point. Although both examples allow Ronaldo the same structure and movement it is the orientation of the players around him that alters the way that Juventus build their attack.

We have looked above at the different structures that Juventus have looked to use this season so far but now we need to drill down further into the positioning and movement of Ronaldo in an individual sense. 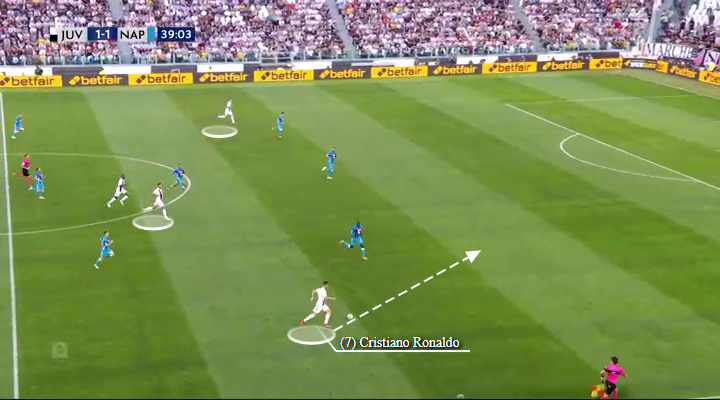 The structures and the system of Juve to this point in the season have been created to allow Ronaldo to operate more and more in pockets of space in which he can be isolated against an opposing defender.

Here we see Ronaldo having picked up the ball on the right-hand side with the Empoli defender having to move across to close down space. What is interesting is that on the opposite side of the field we see Dybala having switched to the left when Ronaldo drifted over to the right. The tactical intelligence of Paulo Dybala allows Ronaldo the freedom to move across without unbalancing the side. From this position, we sill see Ronaldo immediately look to engage the opposition defender 1v1. 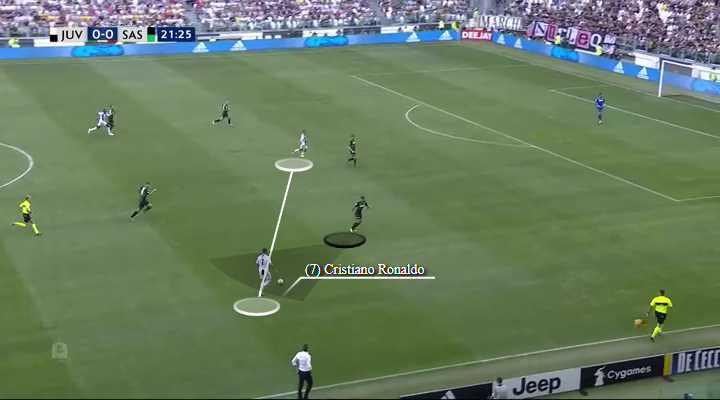 Once again in this example, we see Ronaldo wide on the right isolated against a Sassuolo defender. The closest defender is focussed purely on engaging the ball and closing Ronaldo down. The central striker is pulling off the back shoulder of the central defender and this, in turn, creates the space for Ronaldo to run with the ball and engage the defender before beating him. 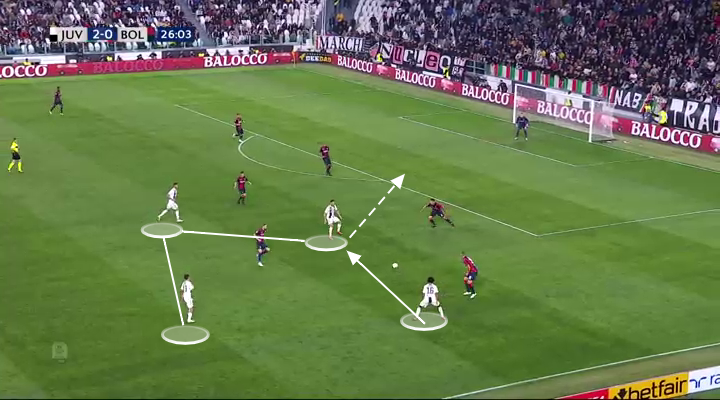 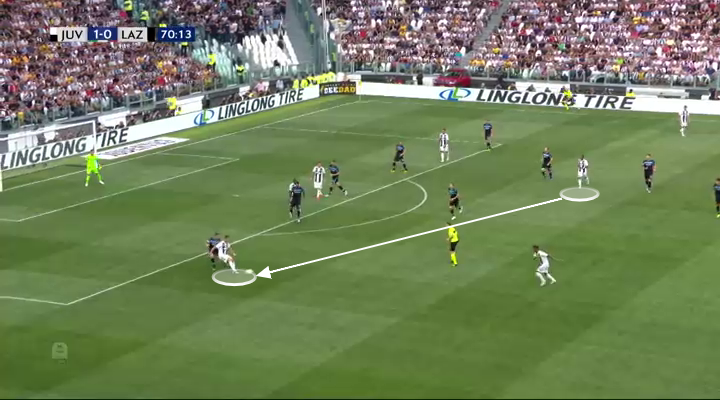 Finally, we see Ronaldo on the left side of the penalty area as he collects possession of the ball. This time Juventus are in a sustained attacking phase as you can see from the number of players from both sides concentrated in and around the edge of the penalty area.

Once more though as the ball comes across the face of the penalty area Ronaldo takes the ball when isolated against a single defensive player. The inherent danger of a player like Ronaldo is that there is no truly effective way to defend against him in a 1v1 situation. If you stand off then he will turn and attack you inside or out and if you get too close, as the defender has here, then he will turn you and drive past you into the penalty area.

Napoli have not one, but two contenders for the Capocannoniere, with strikers Lorenzo Insigne and Dries Mertens both in the hunt.

As of December 13, the two strikers had both hit seven goals apiece as they helped fire Napoli into second place in Serie A heading into the Christmas period.

And with Napoli looking the strongest of the chasing pack looking to close the gap to Juve at the top of the table, both Insigne and Mertens are expected to add a good few more goals to their respective totals.

Both men are excellent value to finish the season on top of the goalscoring charts, with Mertens 33/1 and Insigne 40/1, but with Mertens strongly hinting that he’d like to join former boss Maurizio Sarri at Chelsea, it’s possible he could be heading for the Napoli exit door in January.

That would make the 40/1 on Insigne outstanding value if Napoli head into the second half of the season with a lone attacking spearhead up top. 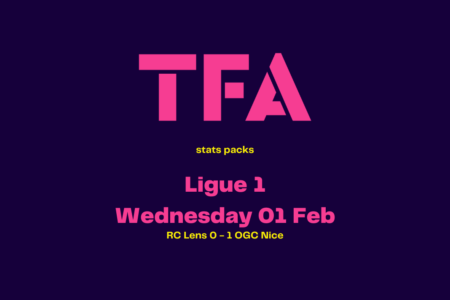 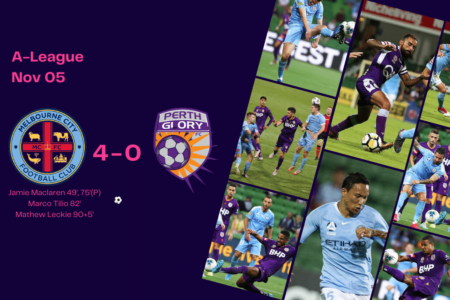