Both teams were fighting for important three points in the fight for Champions League places. Hoffenheim entered the match with a streak of four Bundesliga matches without a win, whereas Dieter Hecking’s side had won three of their last five domestic league matches.

In the end, no team managed to score a goal. The result indicates that it was a boring match but it was quite interesting when considering the tactical adjustments during the 90 minutes in the Rhein-Neckar-Arena. In this analysis, I am going to look at these adjustments and their effect on both teams.

On paper, Gladbach lined up in a 4-3-3 which switched to a 4-5-1 (P1) or even 6-3-1 (P2) on many occasions. That was due to the very high positioning of Hoffenheim’s wingbacks, Nico Schulz and Pavel Kaderabek. They pushed as high as possible which forced Hazard and Plea to drop very deep and often join the back-line because Julian Nagelsmann’s strikers already engaged Gladbach’s back-four.

The wing-backs’ high positioning offered much space for space for Hoffenheim’s halfbacks. This allowed them to dribble forwards without pressure and build up comfortably.

Nagelsmann’s side reached a possession percentage of 61.7. This was due to their well-executed pressing and counterpressing and the available spaces which has already been mentioned.

Most of the time, it was a man-oriented pressing (P3, P4). They managed to mark every opponent around the ball which made it very difficult for Hecking’s team to build up properly. After marking the opponents, they tried to anticipate passes and win the ball by cutting off the passing lane (P4.1). Hoffenheim managed to win and regain possession very often in the opponent’s half. They prevented many counter-attacks early. Joelinton man-marking the Gladbach’s pivot Tobias Strobl was an additional factor for “destroying” their build-up (P3).

Even though Gladbach pressing in Hoffenheim’s half was an exception it was highly ineffective when they did it. The ball carrier always had at least one free option which made it very easy for him to bypass the pressure and only led to investing energy without benefitting from it (P5, P6).

Despite their high possession percentage, Hoffenheim failed to create serious chances in the first half. This was due to Gladbach’s compactness on the one hand and the lack of fluidity and space creation in the front line on the other. Gladbach’s back-four left the back-line occasionaly in order to not give the dropping Hoffenheim forwards the opportunity to receive the ball without pressure and turn around. This offered spaces behind them for other strikers which weren’t exploited constantly enough (P7).

By showing the dark side it is also important to mention that there were some examples where they exploited these spaces and caused threats by doing that. The only problem was that it happened too rarely.

In P8 and P8.1 you can see Nelson Reiss perceiving Schulz’s position and then drawing Michael Lang out of the back line which created space for the pass.

Hecking adapting to the circumstances

Hecking recognized the issues and adjusted his team’s approach by changing the formation to a 3-3-2-2/3-1-4-2. This meant that they had an additional player in the back line and now Joelinton had two possibilities. He could mark either Strobl (P9) who was playing in the back-three in the second half or Cuisance (P10) who was the new pivot. No matter which option he chose, Gladbach had a free option in their build-up which was mostly Strobl.

The result was that Hecking’s team could build up more comfortably. This led to Hoffenheim not winning as many balls in the opponent’s half as in the first 45 minutes.

The statistics confirmed this development. The possession percentage beginning from the second half until the 74th minute was nearly 51.7-48.3* which was a big improvement compared to the first half. However, improving the possession percentage means nothing without creating chances. Gladbach didn’t have a single shot on target in the second half.

Hoffenheim can maintain the intensity

In the last 15 minutes, the intensity in Hecking’s side dropped massively. An additional disadvantageous aspect was Raffael’s injury after his coach already executed three substitutions.

From that moment Gladbach’s only objective was not losing the match. Hoffenheim was able to maintain the high intensity until the very last minute which was quite remarkable. They created many chances in the second half and especially in the last 15 minutes but yet they were unlucky to score.

It was an interesting match from a tactical point of view. Nagelsmann’s instructions caused big issues in the opponent’s build-up and his team forced them to play differently than their plan was which Gladbach’s Florian Neuhaus confirmed in the post-match interview.

Hecking’s adjustments in the half-time seemed to work but in contrast to Hoffenheim, his side couldn’t maintain the intensity until the end of the match. Though, the future RB Leipzig coach’s team didn’t manage to reward themselves. 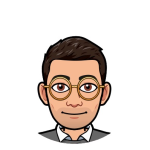