Where did 2019 disappear to? Luckily, it’s a busy time of year when it comes to football and we’ve got plenty of content to share with you in this month’s magazine.

We are very proud to present to you the December 2019 edition of Total Football Analysis Magazine – the penultimate magazine of 2019 (more clues in the magazine itself!)

There are 20 articles of pure tactical analysis, coaching and recruitment in this month’s edition over a whopping 140 pages.

A great learning tool for analysts 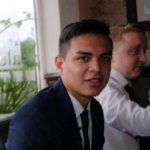 Total Football Analysis Magazine is a great learning tool for analysts, coaches and anyone with an interest in the tactical side of the game. The insights offered are valuable and importantly the articles are well written with relevant images which ensures the analysis is clear and easy to understand.

Thought-provoking and appeals to a broad spectrum of football people

I would have no problem recommending this to my fellow football professionals, it’s well worth popping into your inbox on those long bus journeys up and down the country. It’s easy to pick up, not so easy to put down once you’ve got your teeth into it! 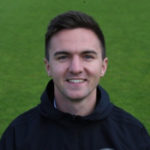 I have found the magazine’s content to be excellent and it touches on a whole range of different areas, countries and leagues within the game. Very informative, analytical and an interesting read. 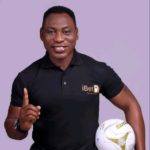 But, before you click “LET ME BUY IT NOW” what will be in December's magazine?

⏩Eight offensive set-piece routines to try with your team

⏩Transfer analysis: a statistical analysis of this summers best buys and biggest flops

⏩Villarreal: The anomaly of La Liga

⏩Alphonso Davies: The profiteer of Bayern's injuries in their defence?

⏩How will Jose Mourinho change Tottenham's style of play?

⏩Coaching: Changing the point of attack

⏩What has contributed to Daniel James' success so far at Manchester United?

⏩Borussia Mönchengladbach: What made them title contenders

⏩How to create goal-scoring opportunities from wide areas

⏩Bruno Fernandes: Why Manchester United and Tottenham can't afford to pass on the Portuguese

20 pieces of pure football analysis delivered straight into your inbox!