Identifying a replacement for Andre-Pierre Gignac at Tigres – data analysis

Many clubs have a star player, the one who scores all the goals or who leads by example. However, Tigres’ reliance on Andre-Pierre Gignac has taken it to a new level. In 2015 Gignac took the leap and joined Mexican side Tigres. Many players spend their careers trying to get to Europe, however, Gignac was going the other way. Gignac had proved to be a very accomplished striker in Ligue 1 with Marseille and Toulouse. At 29 this was a very bold move.

However, since 2015 the Frenchman has become arguably one of the greatest ever Liga MX players. Gignac has scored at least 15 goals each season, netting 114 goals in 190 matches. And with this has achieved four league titles.

At 35, Gignac’s career is coming closer to an end. Whilst his goalscoring record suggests otherwise, there will be a time when Tigres need to replace him. With his contract set to end in 2021, this could be the Frenchman’s final year.

When Gignac does decide to move on Tigres may look to go in a different direction to previous years. However, with the success and head coach in charge, Tigres will ideally look for someone to fill the gap Gignac leaves. 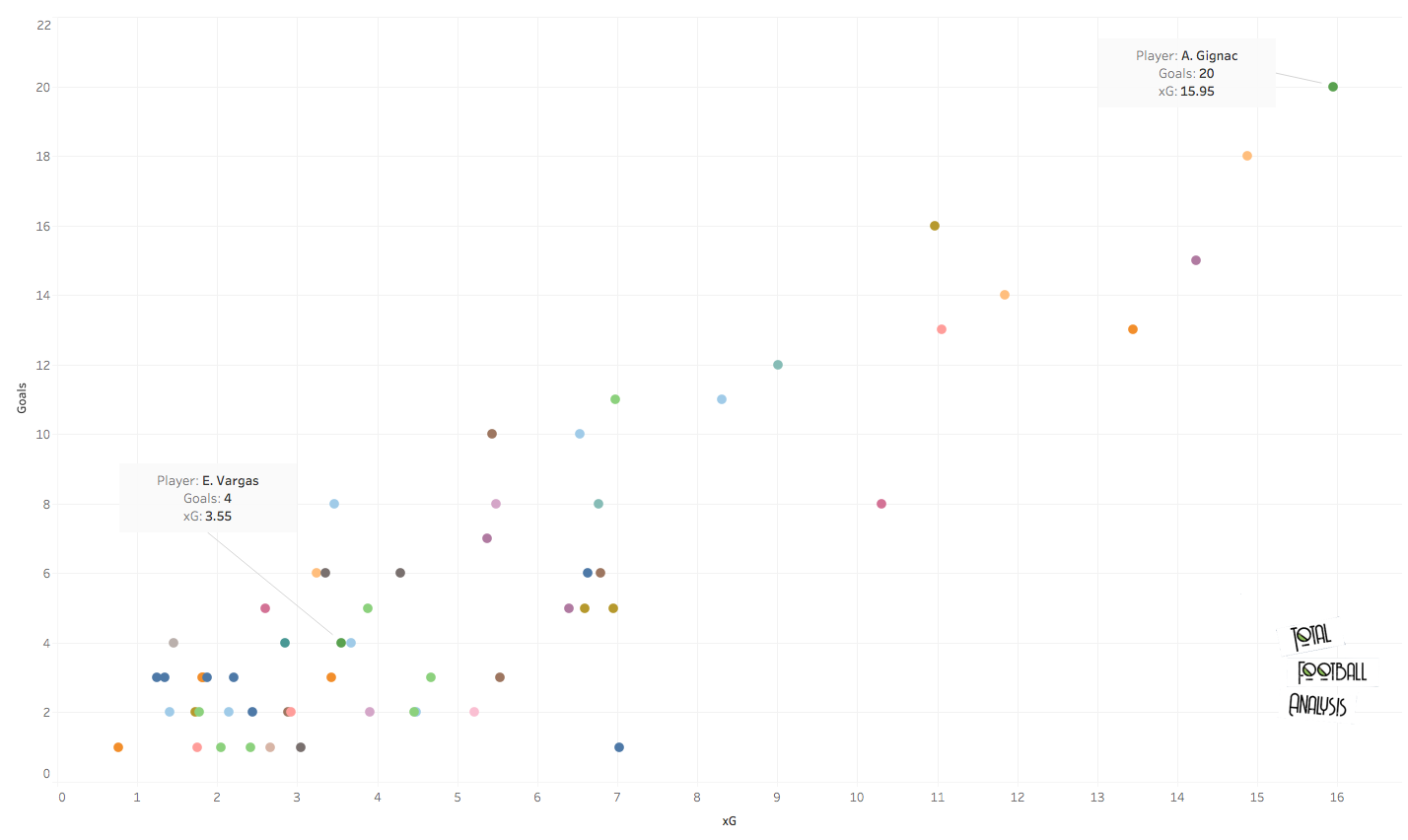 The data above shows a clear reason why Gignac will be so hard to replace. Last season he scored 20 goals, from an expected 15.95. Not only does he score a high number, but also finishes difficult chances.

Another interesting issue here is the lack of goals from other Tigres striker. Enner Valencia has recently left the club and we also see worrying signs from Eduardo Vargas. The Chilean had stints in the Premier League, Serie A and La Liga, but struggled for goals everywhere. The issue is the same here in Liga MX with only 4 goals. Yes, Vargas is not in the team to score goals every week his game is much more than that. However, it does highlight how important it will be to bring in someone who can score week in week out.

Goals are not all Gignac brings to the team. A recent analysis showed how the Frenchman likes to be involved in the attacking build-up. Gignac often drops deep to receive the ball and is then able to progress it forward with his passing ability or willingness to run at defences.

So, in our data analysis, we will not just be looking at goal-scorers, we will also consider their all ground game. In the analysis below we have limited the players to La Liga and Bundesliga. Tigres have had a lot of transfer activity in these regions spending over £30 million in the last 6 years. The data is also limited to players who are over the age of 27 and played at least 10 games last season. Gignac was 29 when he made the move, and with no disrespect to Liga MX, it is very unlikely a young player in Europe would be willing to make a similar move. Robert Lewandowski has also been excluded from the data due to his outstanding statistics.

Firstly, we will begin with goals, as it’s what Gignac does best. All the players in the analysis below scored at least 10 goals last season. 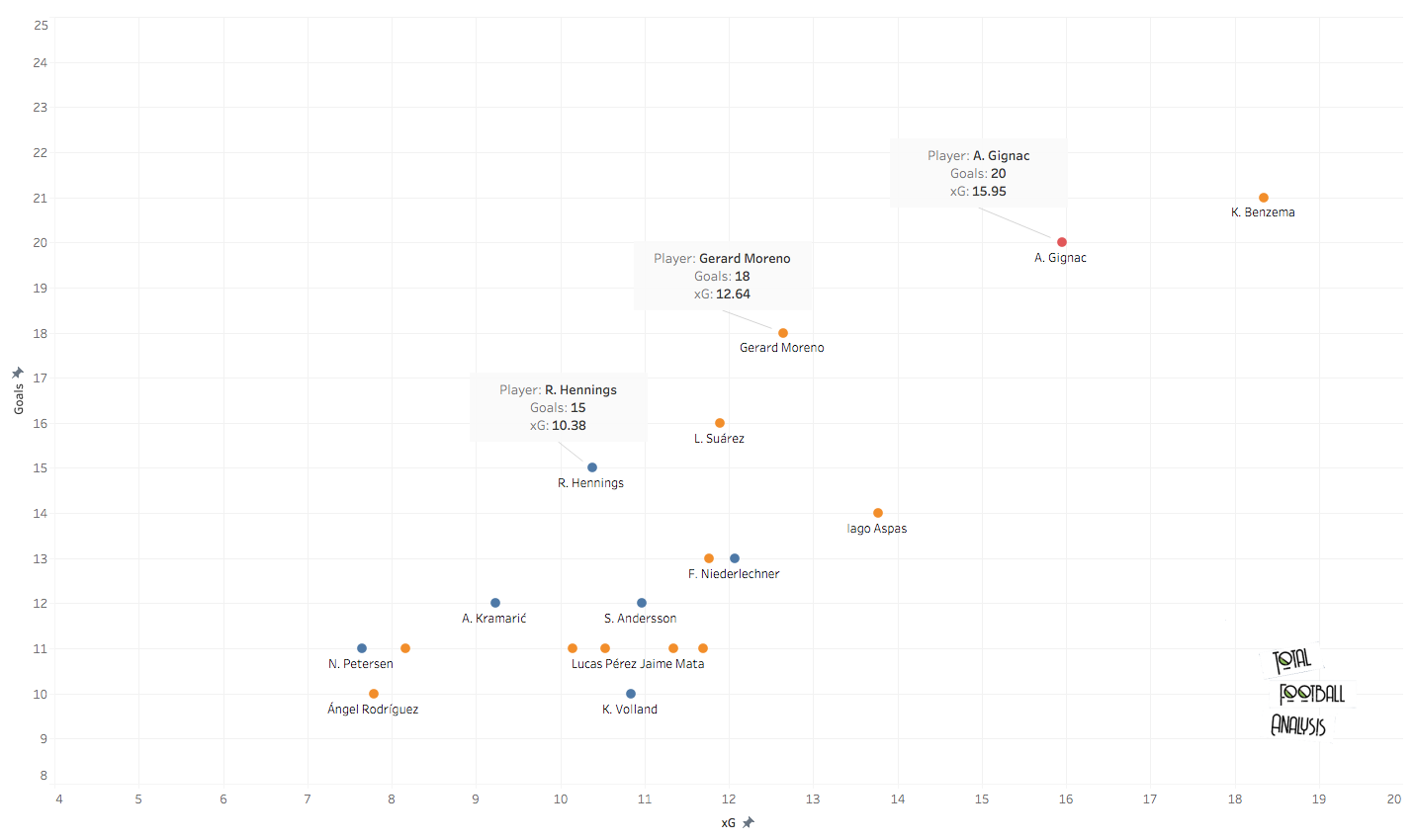 Whilst there is a large quality difference between leagues, we can see how effective Gignac really is. With his 20 goals, he is only bettered by Karim Benzema with 21.

A few other La Liga players are close behind as Luis Suarez netted 16 times. However, the likelihood of Benzema or Suarez moving to Liga MX is very slim. Gerard Moreno, Villareal, scored 18 times last season, from an xG of 12.64. These statistics are very similar to Gignac in terms of goals scored, and also overperforming in front of goal.

Florian Niederlechner was the top goalscorer, over 27, in the Bundesliga with his 13 goals. Which is very similar to Sebastian Andersson who netted 12 times from an xG of 10.97. Neither player was massively overperforming, however, both showed they are very capable in front of goal.

Rouwen Hennings, of Fortuna Düsseldorf, showed he is very capable in front of goal with 15 goals last season. The German only had an xG of 10.38, making this tally even more impressive.

Some other La Liga players to note are Iago Aspas and Ángel Rodríguez. Aspas scored 14 goals last season, making him the sixth top goal scorer in the league. Towards the lower end of the chart, we have Ángel Rodríguez, who netted 10 times last season. However, these 10 goals came from an xG of 7.79. With more service, Ángel could certainly be one to consider.

As shown, Gignac is a natural goal scorer. However, an important part of his game is how involved he is in Tigres’ attacking phases, and the success he brings. This part of the data analysis will use statistics to evaluate the number of shots and the % on target. 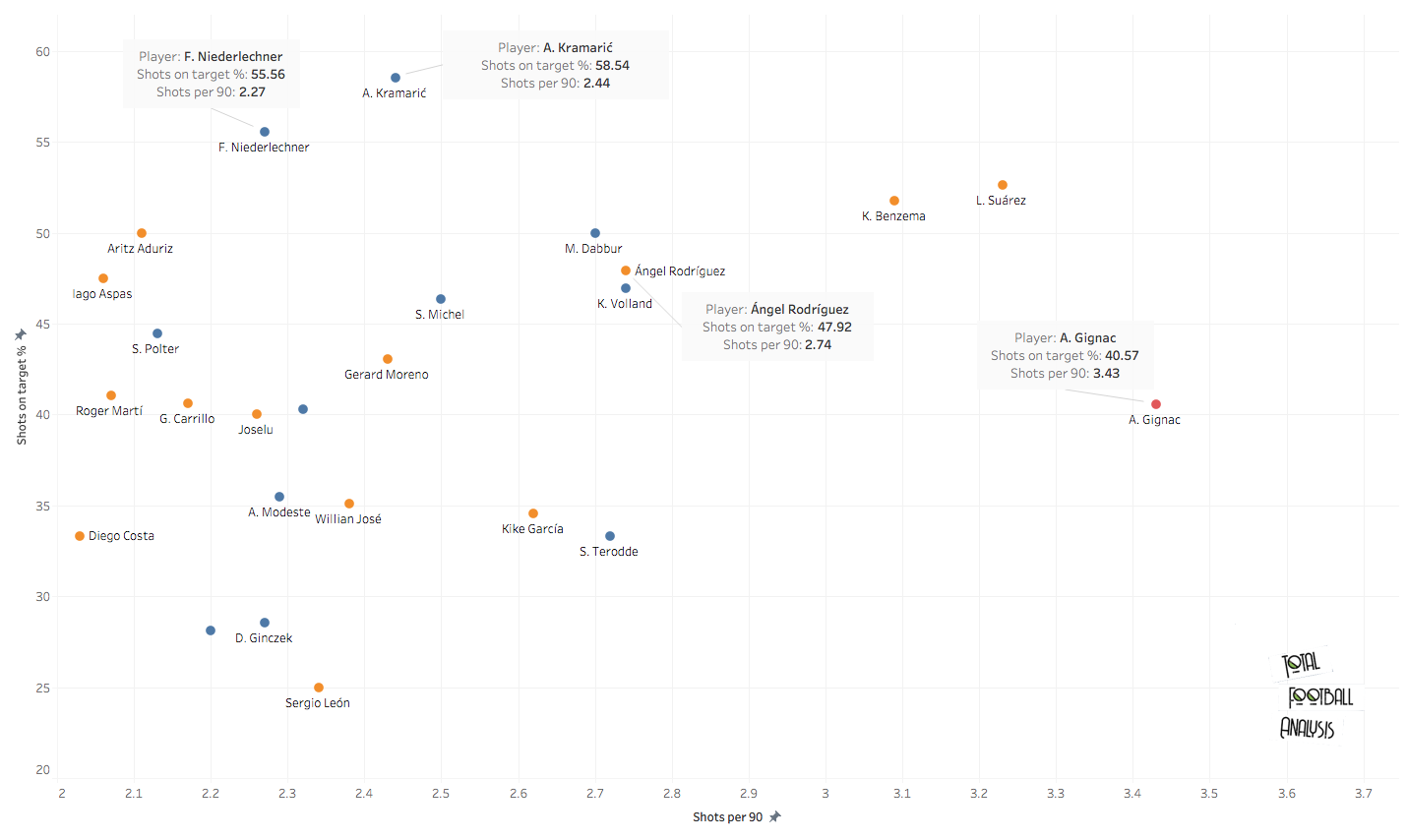 The data above shows how heavily involved Gignac likes to be. He attempts the highest number of shots per 90, with 3.43. This is accompanied by an on-target % of 40.57.

The two players above are slightly out of Tigres’ range so we move towards the left-hand side of the chart. Andrej Kramarić stands out, as he has the highest shot on target % with 58.54%. The Croatian also attempts a high number of shots with 2.44 per 90. Florian Niederlechner again impresses as he has a shot on target % of 55.56% from an average of 2.27 shots per 90.

Of course, Tigres will be looking for someone as active as Gignac, which leads us towards a small cluster of players in the middle of the chart.

These three players are very similar to what Gignac produces, and in Liga MX they would certainly get more chances.

As discussed earlier, Gignac is not all about goals. He often likes to drop deep and be part of the build-up. The Frenchman’s passing ability was highlighted as a key part of his approach. 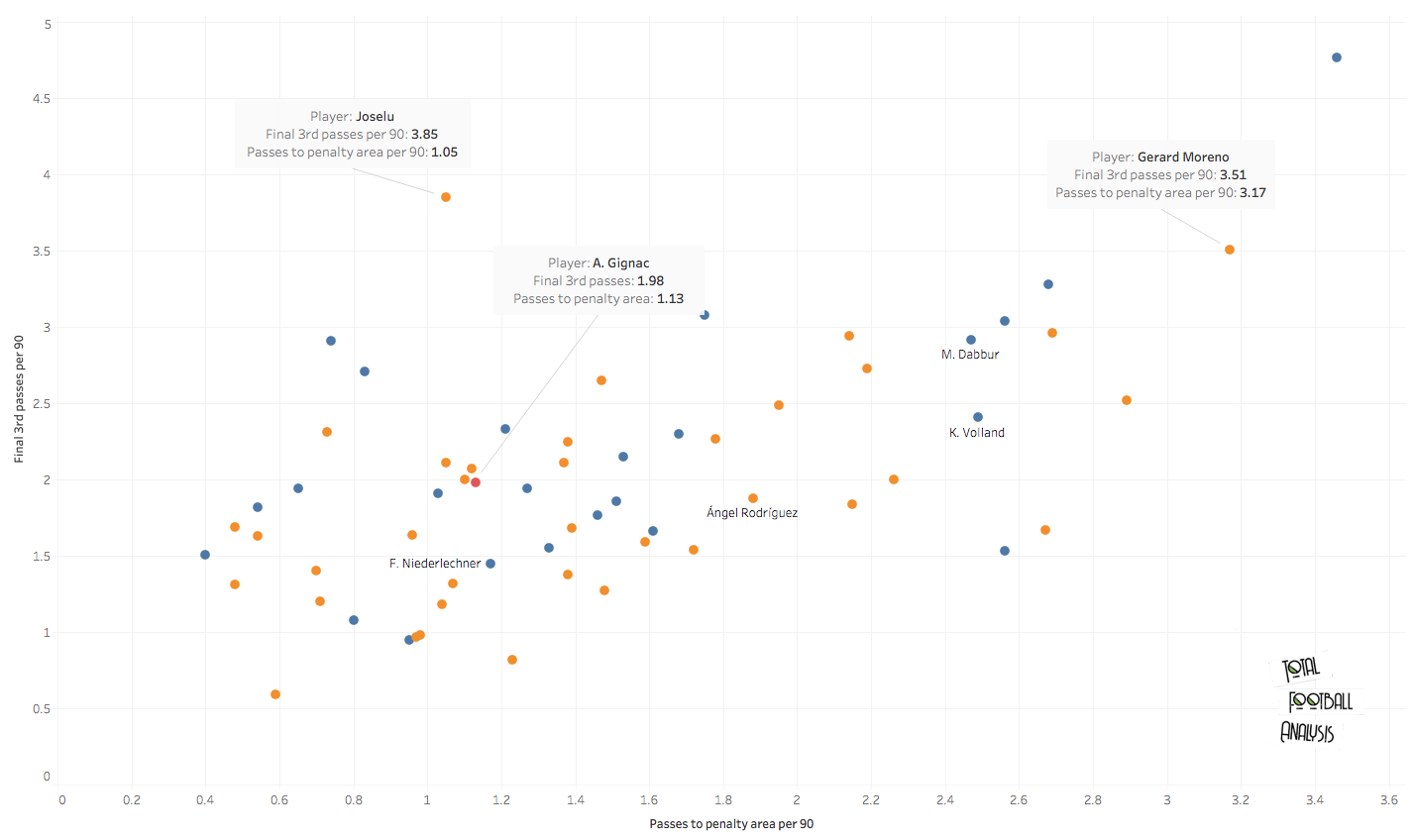 This section of the data analysis will focus on passes into the penalty area and the final third. The data above shows Gignac is well rounded in this area, as he attempts 1.13 passes into the penalty area per 90. The 35-year old also attempts a good number of final third passes with 1.98 per 90. These statistics leave Gignac around the average for all the players analysed.

Mario Götze, who played as a striker for the majority of last season, is way out in front. The German attempted the most passes into the penalty area with 3.46 per 90. He also attempted the most final third passes with 4.77 per 90.

Gerard Moreno was highlighted earlier for his impressive goal-scoring statistics, but he also scores very highly here. Moreno attempts the second-most passes into the penalty area with 3.17 per 90. He also attempts the third most final third passes with 3.51 per 90.

Joselu, of Alavés, attempts a very high number of final third passes with 3.85 per 90. The Spaniard does, however, only attempt 1.05 passes into the penalty area, per 90.

Throughout this data analysis, certain players have appeared frequently and could certainly fill Gignac’s shoes. This part of the analysis will use other statistics to compare several key players.

Ángel Rodríguez – The 33-year old performed well across a number of the metrics in this analysis. With only 10 goals last season it was one of the fewest of all players analysed. However, he is extremely active with the most touches in an opposition box, with 4.05 per 90. The Spaniard is also clinical in front of goal boasting an impressive 20.83% conversion rate.

Gerard Moreno – Moreno was very impressive throughout. The youngest player shortlisted at 28, he showed he would be a perfect replacement for Gignac. The Spaniard scored 18 goals last season, with a conversion rate of 22.79%. Moreno’s attacking threat is amplified with his 3.82 touches in the opposition box per 90, and his 4.80 successful attacking actions per game. More impressively, Moreno is also a good creator as he completes 0.68 key passes per 90, double what Ángel Rodríguez achieves.

Florian Niederlechner – The only Bundesliga player to make the shortlist, however well deserved. The Augsburg striker had one of his best seasons last year with 13 goals. The 29-year old had the lowest conversion rate, of the shortlisted players, with 18.06%. However, he is just as active as the rest with 3.21 successful attacking actions and 3.66 touches in the box per 90. The German is more similar to Ángel Rodríguez as he only completes 0.38 key passes per 90.

This data analysis aimed to use data to find a suitable replacement for André-Pierre Gignac. The statistics in the analysis shows there are plenty of players capable of filling his shoes.

We have shortlisted three players who could be the ideal replacement. Gerard Moreno was a real stand out, with his goal-scoring ability but also his all-round game. However, at only 28 and his recent call up to Spain, it has to be questioned whether he would favour a move.

More likely replacements point towards Ángel Rodríguez and Florian Niederlechner. Both players are very similar, scoring at least 10 goals last season. They are also very similar in their attacking involvement and chance creation.

A move to Liga MX would be a very brave one for any player, but Gignac has shown how successful it can be. Ultimately Tigres may fancy a younger player such as Niederlechner as opposed to Ángel Rodríguez. However, capturing a player like Gerard Moreno would be a real statement of intent. 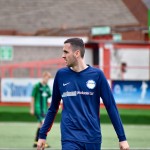 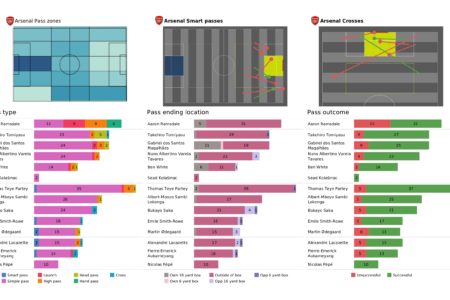 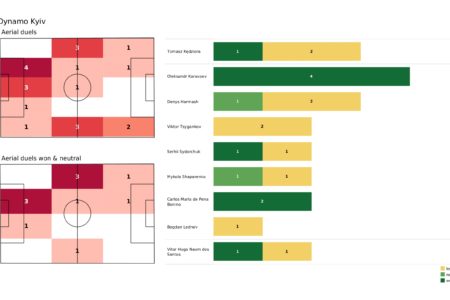 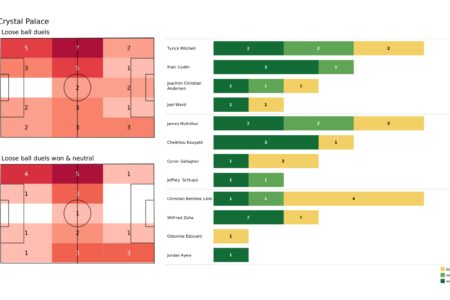