Switzerland took a knockout match to extra-time and penalties for the second game in a row at EURO 2020, but unfortunately came out on the wrong end this time, as Spain held their nerve (only slightly) better to go through to the semi-finals of the tournament. Switzerland made one change to the side that got past France in the previous round, with the suspended Granit Xhaka being replaced by Denis Zakaria in midfield and Xherdan Shaqiri taking the captain’s armband as a result, while Luis Enrique brought in Jordi Alba and Pau Torres into the starting XI for this match.

Spain took the lead in the eighth minute of the match, when Alba’s shot took a heavy deflection off Zakaria and flew into the net, completely wrong-footing goalkeeper Yann Sommer. This made it the 10th own goal of EURO 2020, which is more than the number of own goals at all previous Euros combined. However, Spain could not press home their advantage despite dominating possession as expected, and Switzerland deservedly equalized midway through the second half through Shaqiri, who took full advantage of a mix-up between Torres and Aymeric Laporte. This strike also made Shaqiri Switzerland’s leading goalscorer at the Euros. However, Remo Freuler was sent off in the 77th minute, and this made the Swiss task extremely difficult. They managed to hang on, however, forcing extra-time and then penalties, with Sommer making a series of good saves to keep the scores level.

Switzerland would have gone into the shootout with confidence, having beaten France on penalties in the previous round, and this would have been multiplied when Sergio Busquets missed the first kick of the shootout. Mario Gavranovic then scored to give Switzerland the advantage, but that would be the only kick they scored in the shootout. Fabian Schar, Manuel Akanji and Ruben Vargas would go on to either see their penalties saved or miss the target, and while Sommer did save from Rodri in the shootout to give Switzerland some hope, Dani Olmo, Gerard Moreno and Mikel Oyarzabal’s successful kicks meant that Spain won the shootout 3-1, and progressed to the semi-finals of EURO 2020. Check out our analytics report from this EURO 2020 match for the key statistics, data and visualisations. 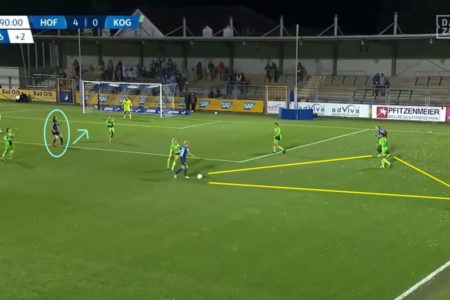 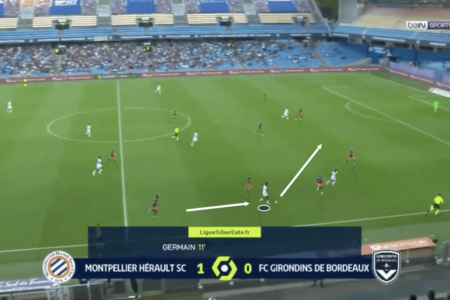 There was no shortage of expectation placed on Timothée Pembélé (182cm/5’11”, 72kg/158lbs) when he made his debut for Paris Saint-Germain […]