The fixtures this season have been piling up. There seems to be no break for some players as they focus both on their national team as well as their club. We recently saw a few Premier League managers complaining about the schedule, and rightly so. International breaks now have three fixtures and some players play late on Wednesday and early on Saturday. As fans, a lot of us have nothing to complain about and we are glad we have more games to watch, but for the players it can lead to fatigue and injuries.

Despite this intense schedule, 32 players have played every minute of this season’s Premier League as per fbref.com. The following visualisation shows which outfield player from each Premier League team has played the most minutes (including the stoppage time minutes). The players have been picked in the following way; if multiple players have played the same number of minutes, the player with the higher goals tally has been chosen, like in the case of Marcus Rashford who has the same `minutes played` tally as Harry Maguire and Luke Shaw. 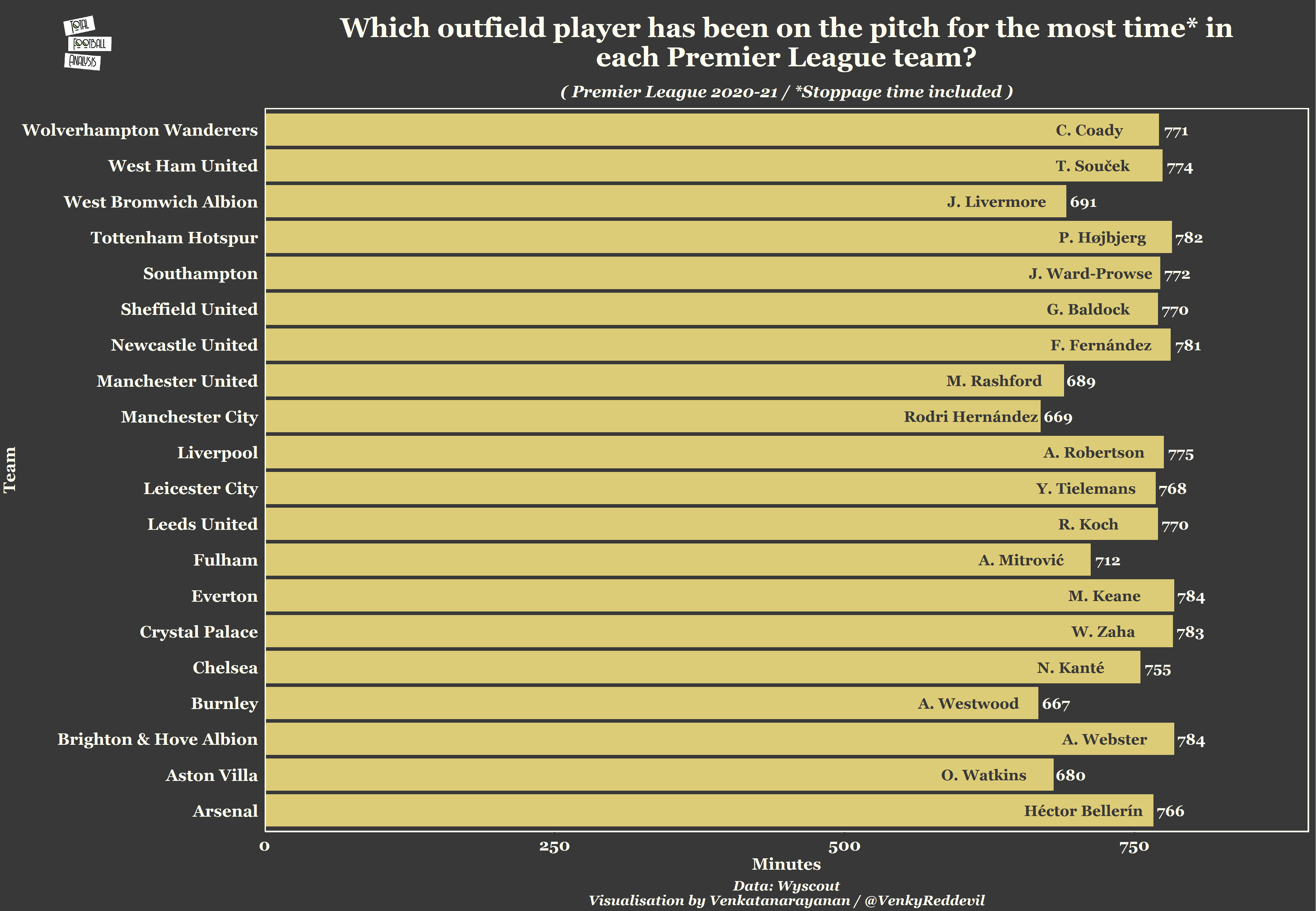 he numbers at the end of the bar indicate the minutes played by that player this season. Conor Coady, like every other season, has been an ever present at the heart of Wolves’ defence. Spurs’ new signing Pierre-Emile Højbjerg has settled in well at his new club and is already proving to be an important player under Mourinho. James Ward-Prowse had a difficult time before Ralph Hasenhüttl arrived at Southampton, but, since the Austrian took over, Ward-Prowse has gone on to become one of the most important players for his team. Wilfried Zaha looks set for another excellent individual season with Palace. Héctor Bellerín looked set to leave Arsenal in the summer, but the right-back has been one of the most influential players for Arteta this season.