Theo Walcott’s move to Everton after spending 12 years at Arsenal did not go as planned after the forward was slowly phased out of the team after the appointment of Carlo Ancelotti. In spite of staying fit, Walcott played only ~15 90s in the 2019/20 season. Given Everton have signed James Rodriguez, Walcott was quick to realise that this number was only going to lessen even further and hence decided to move away. He signed for Southampton, his boyhood club, on loan, 14 years after leaving the Saints for Arsenal

He made his second debut for Southampton against Chelsea over the weekend and put in a great performance to help his team secure a 3-3 draw at Stamford bridge.

The following visualisation shows his touch based heatmap from the game. 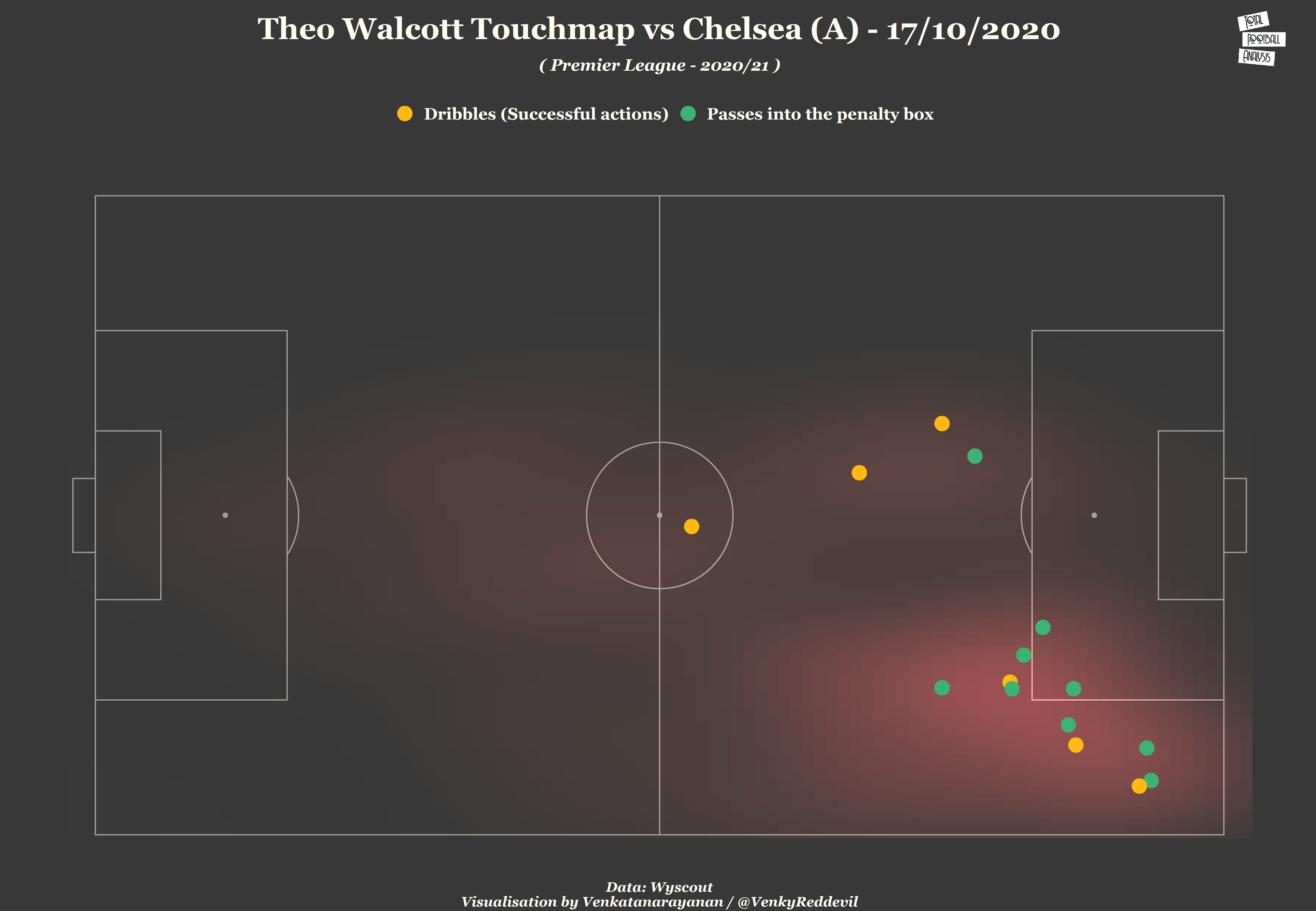 Walcott started on the right side of the 4-4-2 and constantly exploited the space left by Chelsea’s left back Ben Chillwell, winning 71% of his offensive duels, more than any other Southampton player on the pitch. Walcott also got an assist on the night after his attempted shot was angled into the net by Vestergaard for Saints’ stoppage time equaliser. He also had a 100% dribbles success rate. Overall, it was a good second-start for Walcott at Southampton. Ralph Hasenhüttl will want Walcott to stay injury free. If Walcott does stay fit the Englishman can play an important role in Southampton’s push for a top-half finish this season.