The 2020/21 Premier League season is 17 game weeks old, which means 45% of the season has been completed. The fixtures are coming thick and fast because of the delayed start to the season. Some games have also been postponed, resulting in some teams, including Manchester City and Manchester United, having played fewer than 17 games. However, all the teams in the league have at least played 15 games, and now is a good time to compare the current season’s points tally with last season’s tally after 15 games played.

The following graph shows the points obtained by all the Premier League teams, excluding the teams promoted from the Championship (Leeds United, West Bromwich Albion and Fulham). 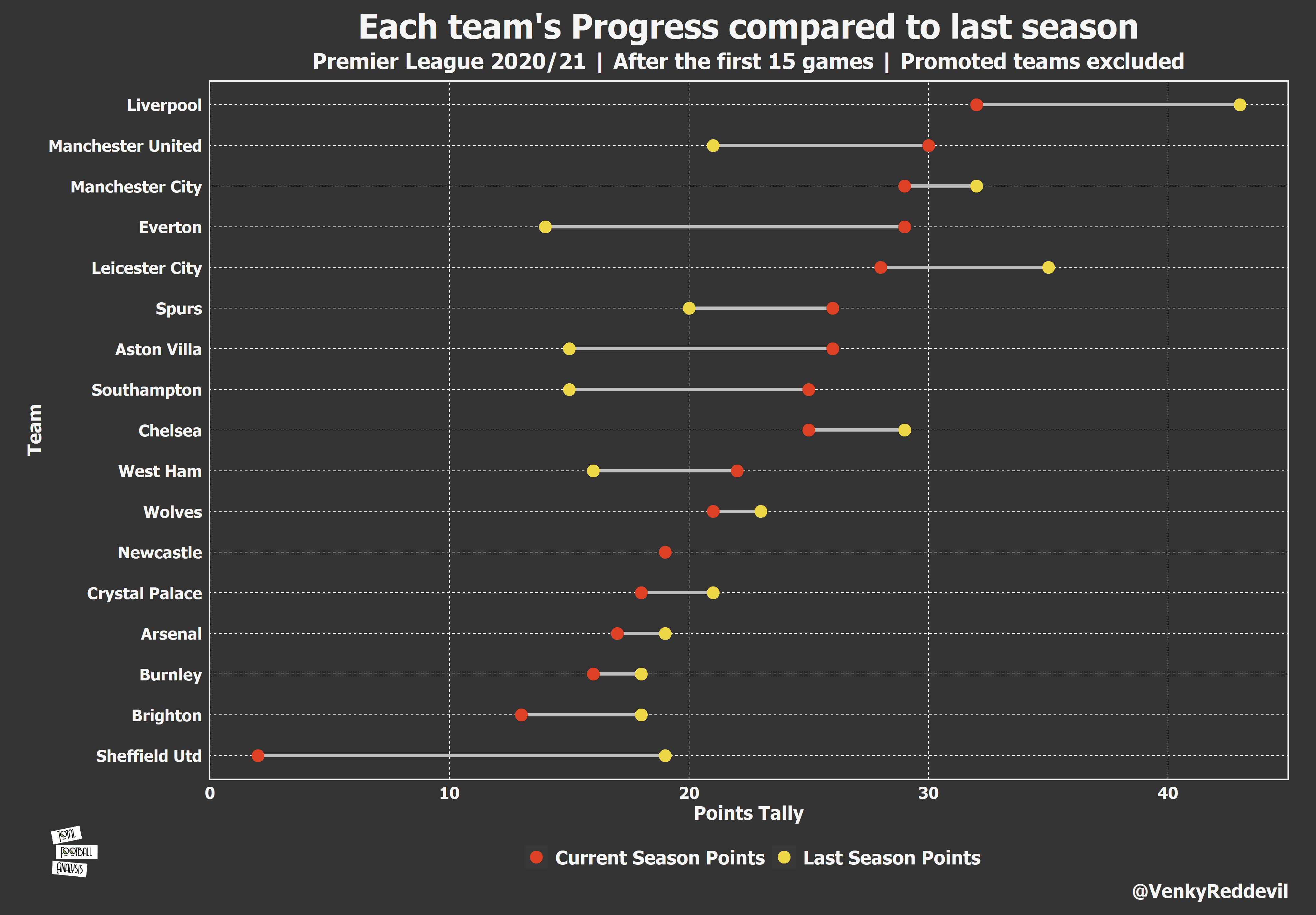 Everton, who were in the relegation zone after 15 games last season have the biggest positive difference and are one of six teams to have bettered their points tally this season. Ancelloti’s men are in the title race with 29 points after 15 games this season. Another team to have impressed everybody with their start to the season is Aston Villa with Dean Smith’s men 11 points better than last season. Spurs, Southampton, West Ham and Manchester United are the other four teams to have a positive difference in points.