It is fair to say Liverpool are struggling this season. The Reds are third in the table behind the two Manchester clubs – City and United. After losing their starman Virgil van Dijk to a season-long injury, Liverpool have lost at least four more center-backs (if you include the makeshift ones as well) because of injuries at various timelines throughout the season. Because of this, manager Jürgen Klopp has been forced to use 12 different center-back pairings in the 21 league games so far.

This graph shows the percentage share of the total minutes played by each Liverpool center-back pairing in the league this season. 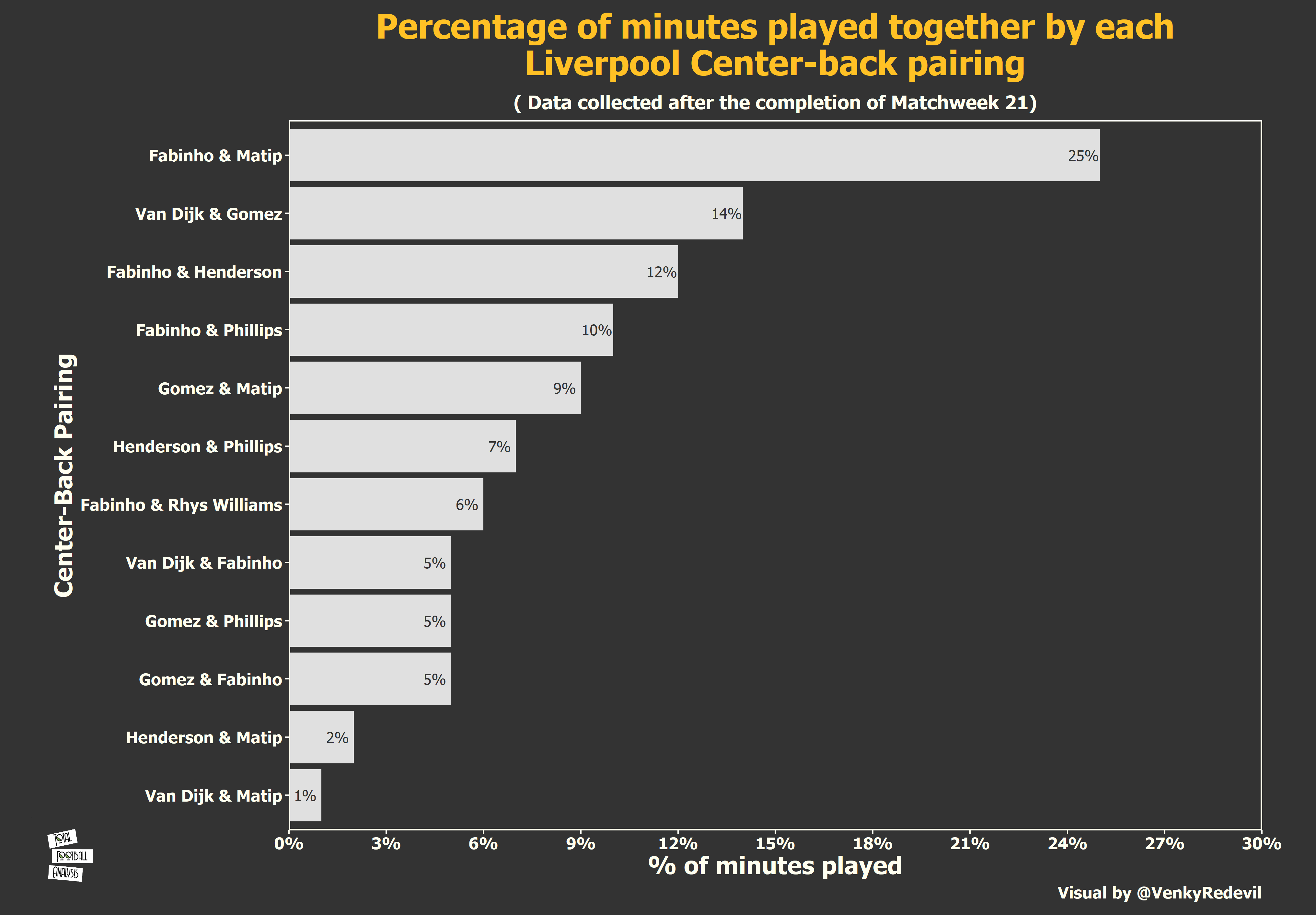 The injuries have also paved the way for young center-backs like Nat Phillips and Rhys Williams. Phillips in particular has been paired with different players. Fabinho, having played every minute since the match week nine, has missed the last three games because of injury but the Brazilian has played more minutes than any other Liverpool player in the center-back position.

Liverpool, in spite of all these struggles, have done well in the defensive department. The Reds have conceded only 24 goals so far. But, in order to avoid any kind of risk in the coming months, they have signed two center-backs on deadline day. It will be interesting to see how much of a part the new signings Ben Davies and Ozan Kabak, play in the coming months.