Whenever a new football season begins, fans are always eager to know which youth players are ready to make the step up to the senior level from the academy. Some teams also sign youth players from foreign countries. A few of these youth players make an instant impact and look as if they were made for the senior most level while some players never get going at all. In the early stages of their careers, people mainly want to know how frequently these players are playing for their respective teams. Analysing everything else comes after.

The following graph shows the U21 regulars in the Premier league. Some of these players made their debut a couple of years ago and still haven’t fully got going yet while some of them are established players in their respective lineups. 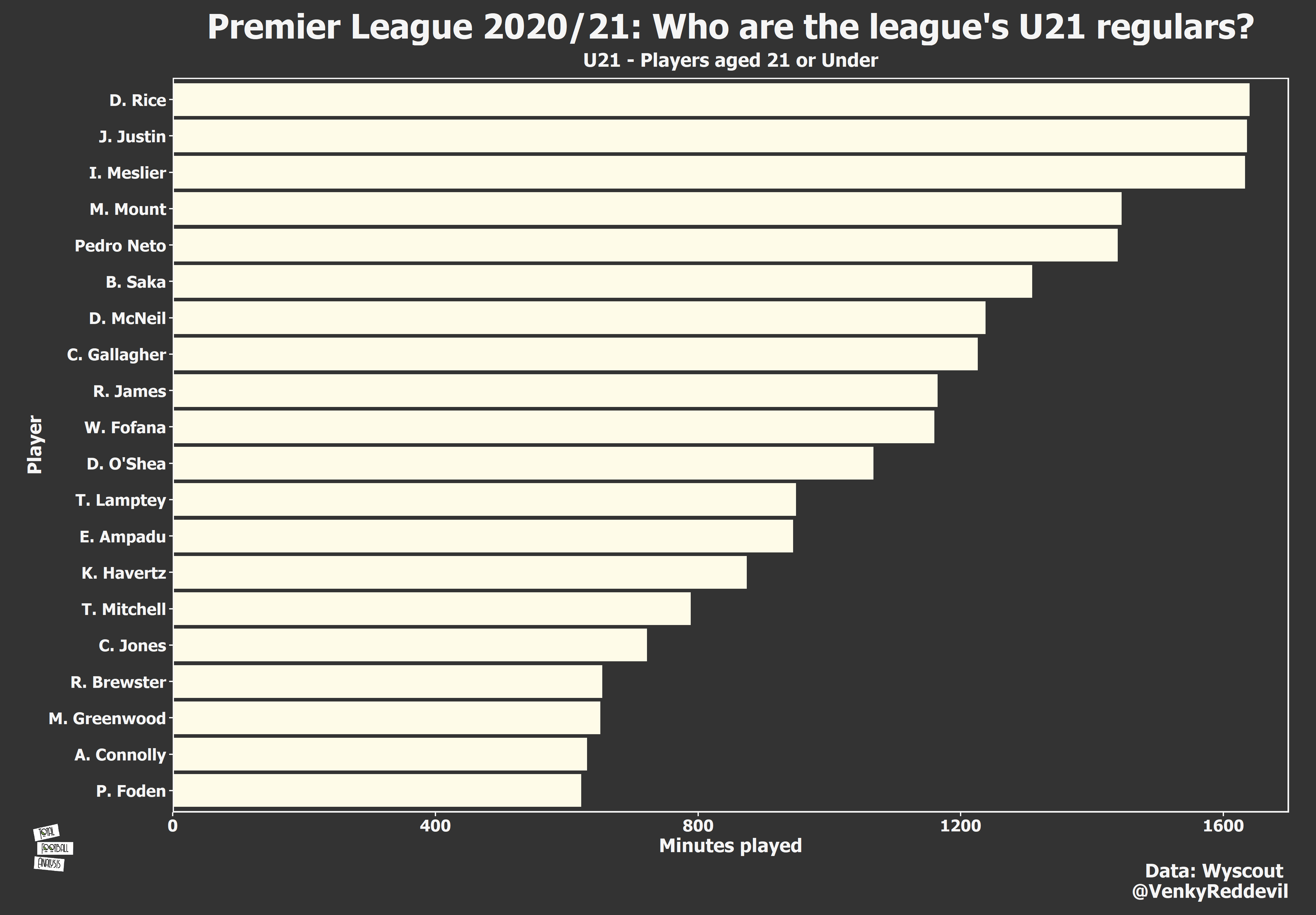 One of the best u21 players over the last couple of seasons has been West Ham’s Declan Rice. Rice has been an integral part of West Ham’s resurgence under David Moyes and has played every minute of the league season so far. Rice also captains the side in the absence of club captain Mark Noble. Another youth player who has been quite impressive this season is Leicester City’s James Justin. Justin, after the sale of Ben Chilwell and in the absence of Ricardo Pereira, has been a regular in Brendan Rodgers’ side and is the only outfield Foxes’ player to have played every minute of the season so far. Chelsea’s summer signing Kai Havertz has really struggled to get going because of COVID-19 and injuries, but the German seems to be getting back on track recently. Phil Foden was expected to be a regular in this City side after the departure of David Silva during the summer but the England international has once again struggled for regular minutes and only just sneaks into the top 20. Mason Mount, Pedro Neto, Tariq Lamptey, Wesley Fofana and Mason Greenwood all deserve a mention too.