After eight match weeks into the season, the 2020/21 Premier League season has seen 245 goals (including own goals) at the rate of approximately three goals per game. This statistic takes into account that Burnley, Aston Villa, Manchester United and Manchester City have played one game less. Per understat.com, there have been 34 matches so far in this season’s Premier League in which at least one of the two teams has scored three or more goals. The visualisation below shows the number of goals during each minute. 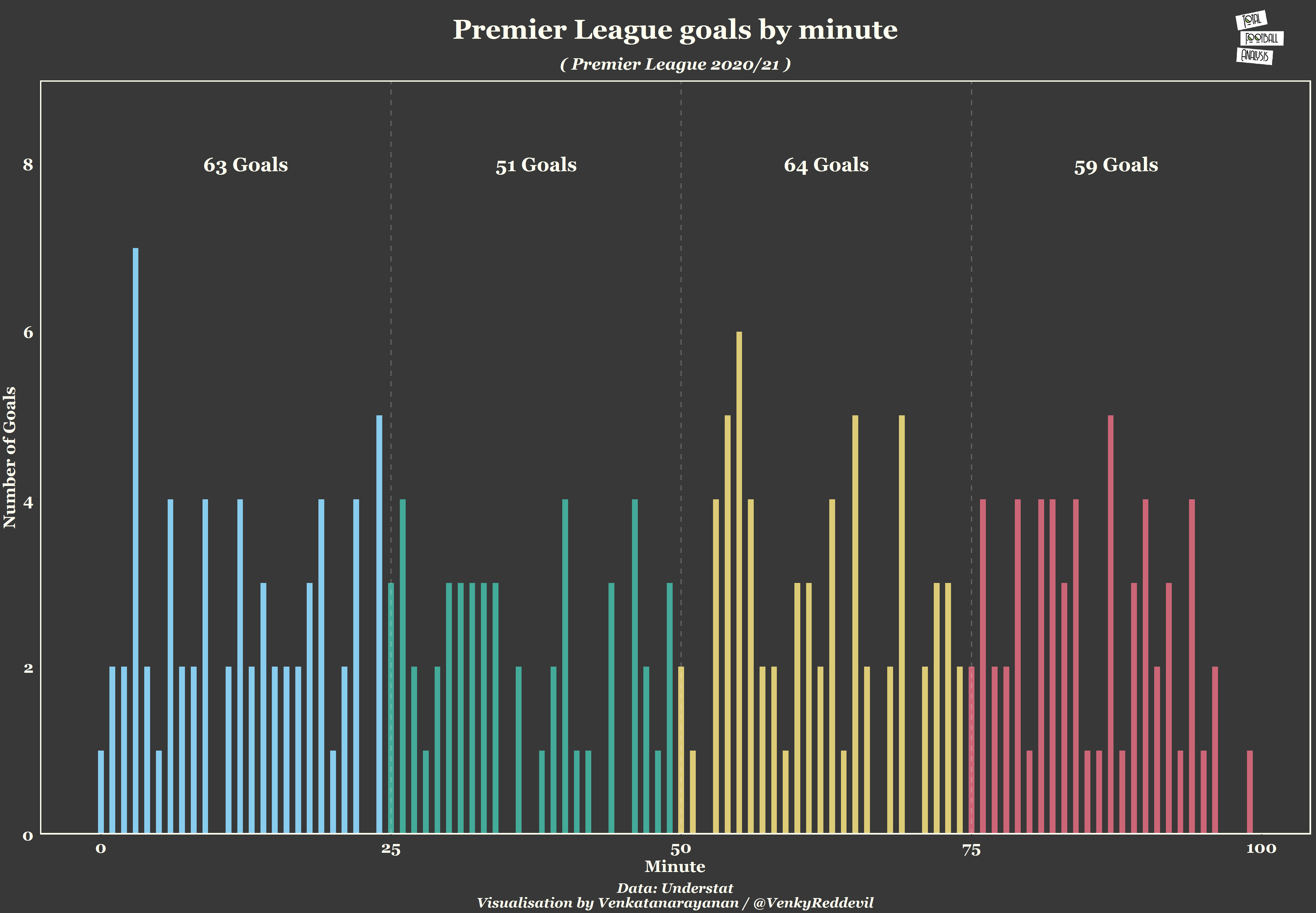 The time after the beginning of both halves has seen the most number of goals. There have been 14 goals after the 90th minute, including Bruno Fernandes’ controversial penalty (that came after the full time whistle) against Brighton & Hove Albion. Son Heung-Min’s goal against West Ham United is the earliest goal this season. Manchester United have scored the most goals after the 90th minute with Bruno Fernandes (vs Brighton), Marcus Rashford (vs Newcastle) and Edinson Cavani (vs Everton) all finding the back of the net in stoppage time.