Anthony Martial and Marcus Rashford both burst onto the scene for Manchester United in the 2015/16 season and have not looked back since. The duo had been part of a largely inconsistent side in troubling times but their individual quality is unquestionable. However, what was worrying was that the versatility of the two meant that finding the perfect tactics to get the best out of them down the wing and up-front was not an easy task. Both had started off as centre-forwards but their pace and dribbling ability meant that they were dangerous down the wing as well. They are both right-footed as well and initially, it was tough to fit both into a fixed role.

At the end of the 2019/20 season, however, both players had played virtually the same number of minutes and scored 17 goals in the league apiece, the highest in the squad. So just how did Ole Gunnar Solskjær get the best out of the two youngsters? In this data analysis, we shall use the shot maps below to find out. 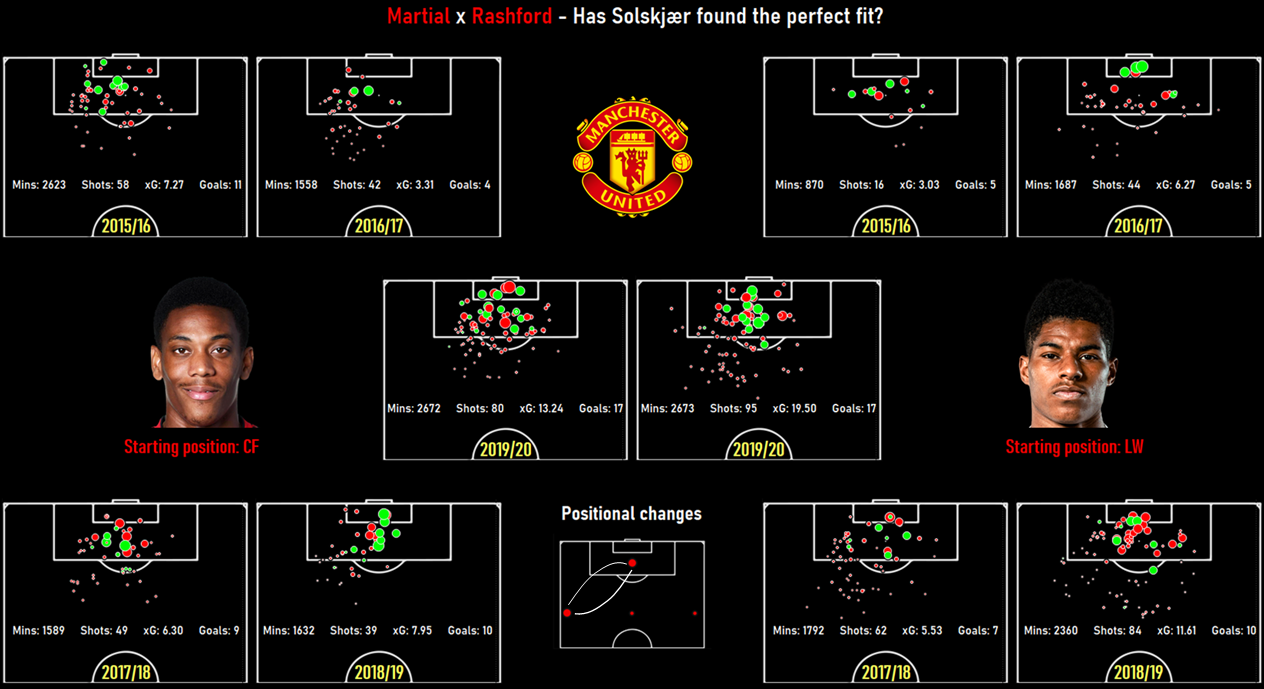 Initially, we see that Martial seems to have played more down the left-wing with Rashford having a more central role. However, we see from the shot maps that this eventually changed with the two of them swapping roles. Rashford showed that he could play down either flank and became a regular starter while Martial had a harder time breaking into the first team, owing to signings like Zlatan Ibrahimović and Romelu Lukaku. While their overall output was not high enough for a side looking to challenge for the top, the duo was still performing better than their expected output or at least close to it. They, however, needed to create more opportunities and chances and this is where Solskjær’s tactics made the difference.

By giving the two of them a more dynamic role in the squad, Solskjær effectively allowed both Martial and Rashford to play two roles during the game. They could swap positions frequently and end up playing as either a centre-forward or a winger. Not only was this hard for the opposition to handle, but it also meant that Solskjær was getting the best out of both sides of his players, tapping into their versatility and making use of it well. The statistics show that their shot maps are strikingly similar for the past season and the duo has been on their highest-scoring season as well. Martial has exceeded his expected output of 13.24 while Rashford has seen way more opportunities fall his way with his expected output of 19.50. Although he has not met the expected goals, his return of 17 goals is not bad either and can only indicate that he can get better as well.

It is clear that the tactics employed over the 2019/20 season have brought the best out of Martial and Rashford so far and this has been a very positive sign for Manchester United. The addition of Bruno Fernandes in the latter half of the season also boosted the side’s attacking threat and this was instrumental in getting the duo firing on all cylinders. With these tactics now tried and tested, we can expect Solskjær to look to perfect it and Manchester United fans would be hoping that this young and exciting duo can build on their impressive campaign and go further in the coming seasons. 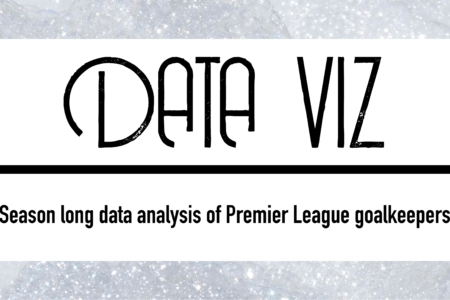 At the conclusion of the Premier League season numerous goalkeepers have stood out. Comparing goalkeepers’ clean sheet % with their […]