Data Analysis: The Art of Overachieving was featured in last week’s Total Football Analysis Magazine #46. That article identified the top teams to outperform their financial clout and investigated the personnel philosophies of Atalanta, RB Leipzig and Wolves.

Following from that piece, the plot below takes a performance-based look at clubs from Europe’s top five leagues spending less than 35% of their league’s top spender and less than an average of £3.5 million per player on an annual basis. Dates listed next to each team represent the ending year of the campaign, so “Atalanta 2020” corresponds to the Atalanta 2019/20 team.

Additionally, the number listed below the club name and year represents their finish in the league table. Financial statistics are from Global Sports Salaries, whereas performance data comes from Wyscout. 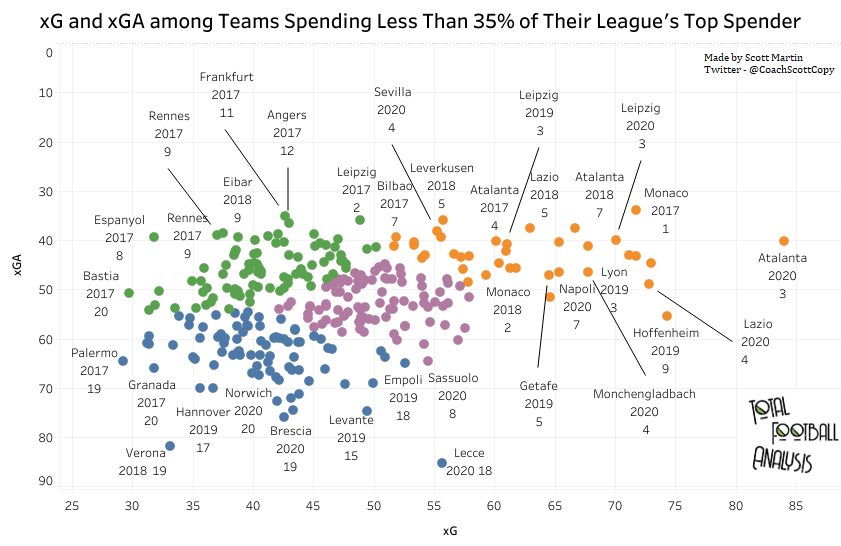 Using a cluster colouration scheme, these middle and low financial tier clubs are rated on xG (expected goals) and xGA (expected goals against). Top performing teams are demarcated by the orange cluster on the far right, whereas the rear is represented in the lower-left corner in blue. The purple cluster highlights relatively average performers while the top left teams in green are the most volatile. With the green cluster in particular, the sides had an excellent xGA, but subpar xG, accounting for the wide range in league finish. 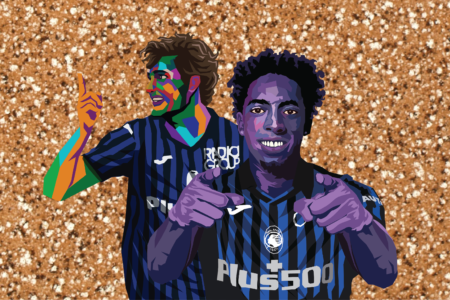 Atalanta: How their new signings could enhance their performance

Atalanta have become one of the most complex, well-balanced, and creative teams in Europe’s top leagues in the last couple […]