Sir Alex Ferguson famously said, “Attack wins you games, defence wins you titles”, but are defensive abilities for a defender of paramount importance as they were a decade ago. Are the defensive numbers of a defender being viewed in the same way as the attacking numbers of an attacker? Sure, the game is evolving and defenders are expected to possess more abilities now in the modern game, but putting in hard tackles and helping the team get out of danger clearing the ball are still some of the abilities that are primarily used to measure the quality of a defender.

The below visualisation is referred to as a boxjitter plot, as you can see both a box and dots for every team. The line inside the box represents the median value of that team, the start and the end of the box represent the 25th and 75th percentile values. 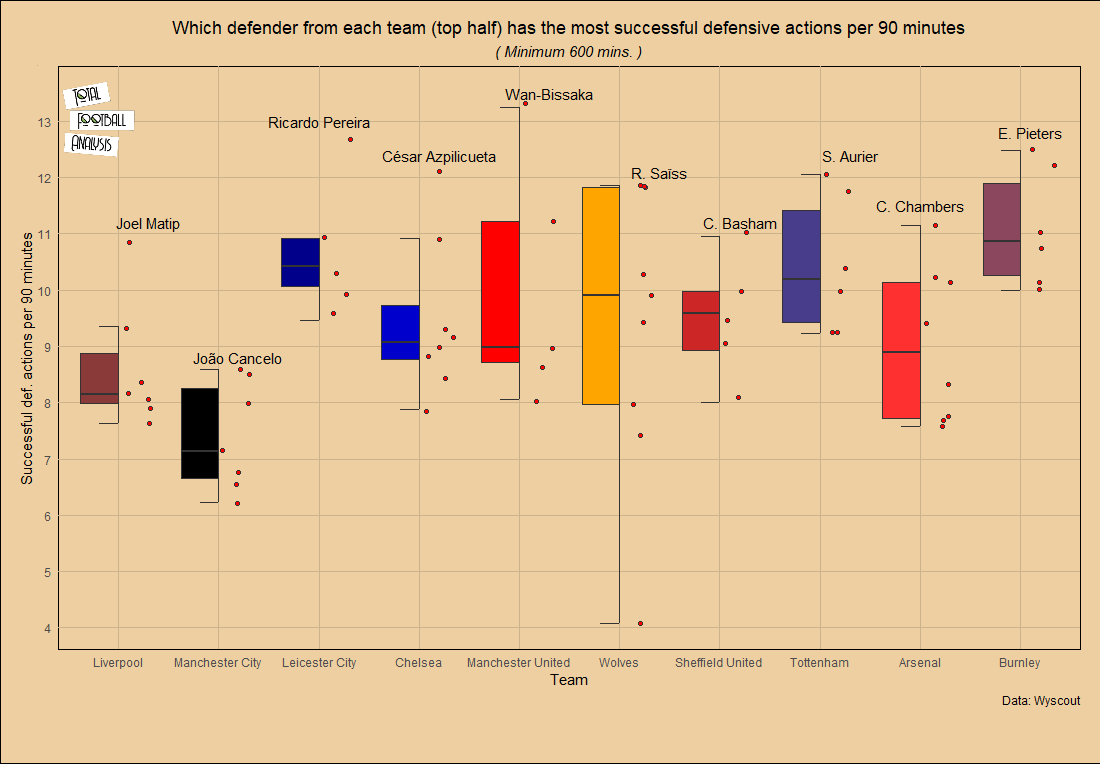 The above visualisation highlights the players from each team in the top half of the EPL table. No surprises that Aaron Wan-Bissaka from Manchester United is at the top of the pile. The right-back is one of the best tacklers not only in the Premier League but in the whole of Europe. A couple of eye-catching names include Joel Matip from Liverpool and Calum Chambers from Arsenal. Joel Matip was widely regarded as the most improved Liverpool player in 2019. The central defender has mostly been in the shadow of his partner Virgil Van Dijk, but has really stepped up whenever his team has required him to and this is evident in this above graph. He has missed a significant amount of time in the 2019/20 season because of a knee injury but is now back to full fitness and could play a vital role in the last few games. Chambers, like Matip, has missed several games because of injury. The versatile defender after several loan spells was an integral part of Mikel Arteta’s Arsenal, but is yet to regain his full fitness and is set to miss the remainder of the season. Manchester City have struggled to keep clean sheets this season and this is evident in the pretty low values of their defenders. I also think Joao Cancelo has ended the Cancelo vs Walker debate by having better defensive numbers than the Englishman. 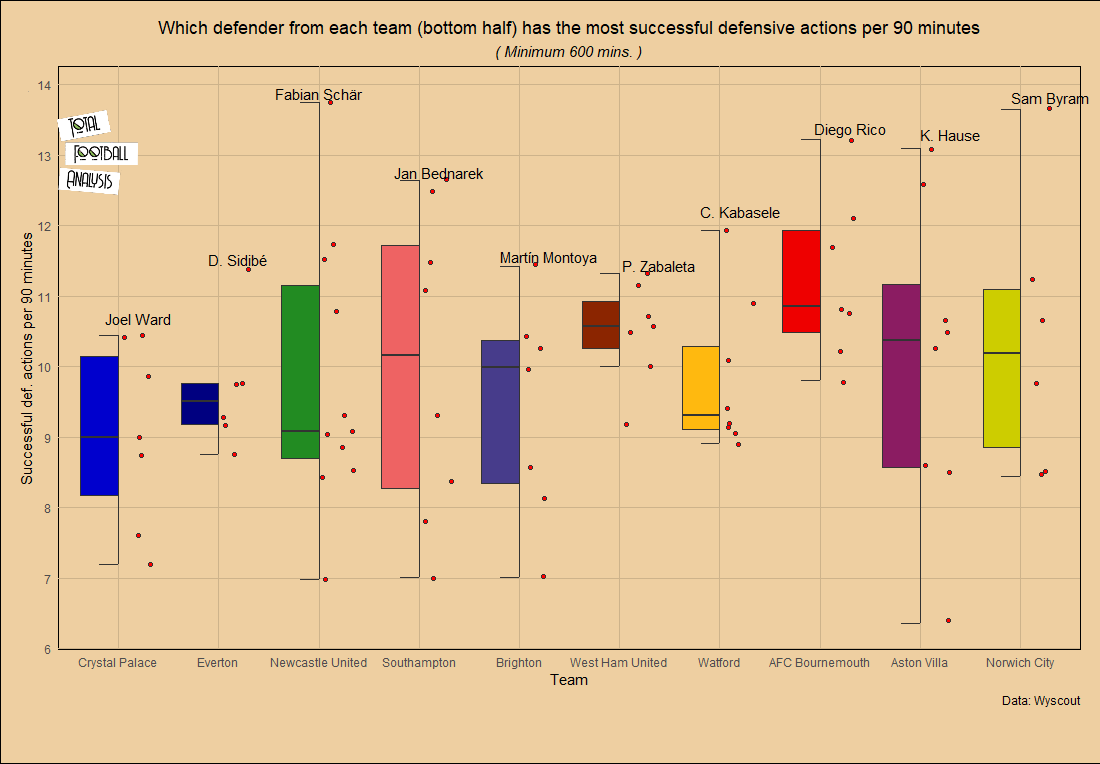 In the bottom half of the table, Fabian Schar is a standout. The Magpies’ bargain signing has the greatest number of successful defensive actions per 90 minutes for defenders (minimum 600 minutes) in the entire division. Sam Byram, after joining the Canaries last summer, has been in and out of the team in his first year but has really racked up some very good defensive numbers to make his statement for next season.