Arsenal are struggling, not just for points but for goals as well. So is their captain and forward Pierre-Emerick Aubameyang. The Gunners have not scored in the Premier League from open play since Nicolas Pepe scored against Sheffield United in a 2-1 win at the Emirates on the 4th of October, 2020. Aubameyang’s last goal in the league was against Manchester United from the penalty spot, but his last goal from open play was against Fulham on the opening day. The Arsenal captain has been usually deployed on the left side of the attack by Arteta with Frenchman Lacazette deployed as the striker. This could also be one of the reasons for Aubameyang’s lack of goals. Below is Aubameyang’s shot map from this season’s Premier League. 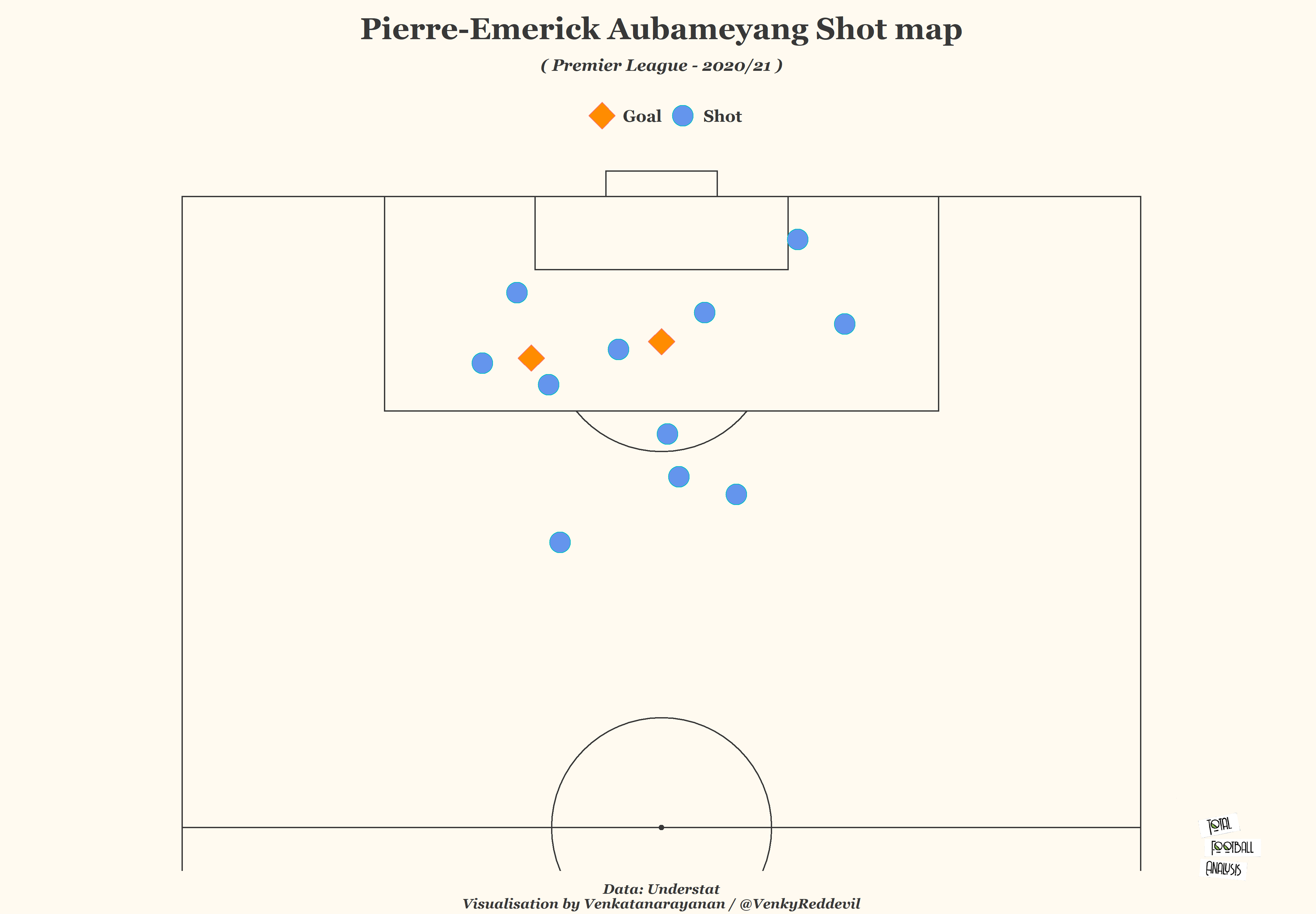 It has to be said that Aubameyang, overall, has had very little chances and his teammates have failed to create opportunities for him. Arsenal have scored only nine goals this season – only four other teams have scored fewer than that. However, in the game against Leeds Aubameyang was deployed as a center-forward with Lacazette benched. The Arsenal skipper had a poor first half but looked sharp in the second half, especially after Saka was subbed on. If Arsenal are to have a real shot at scoring frequently, Arteta must play Aubameyang as a  center-forward.