The visualisation below compares the shots faced by goalkeepers against the number of goals they have conceded so far. 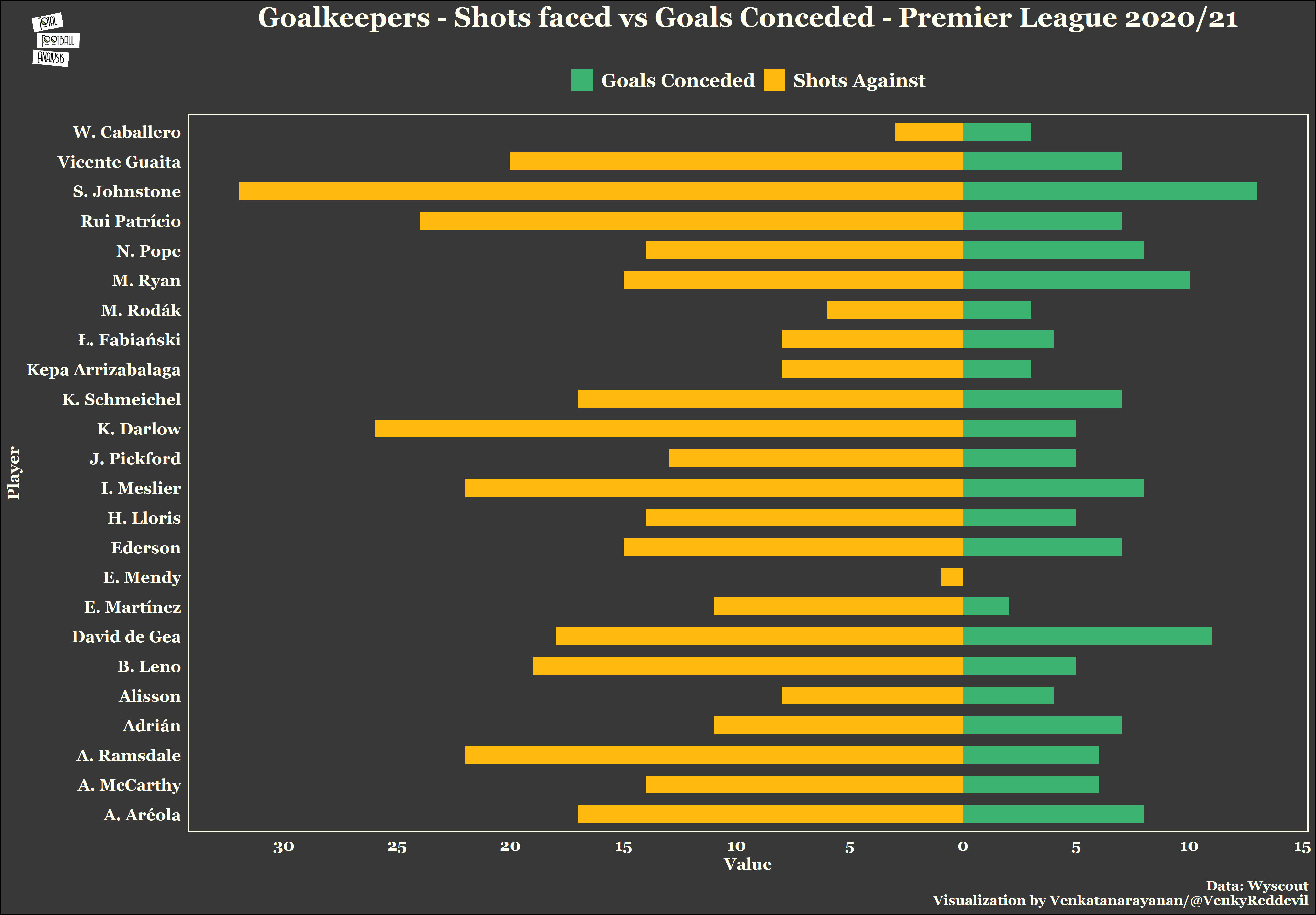 Chelsea have used three different goalkeepers in the four games so far, including summer signing Edouard Mendy who kept Chelsea’s first clean sheet on his debut against Crystal Palace. Unfortunately,the Senegalese keeper was injured during the international break and Lampard must wait and see if Mendy will be fit entering an important part of the season. West Brom and Sam Johnstone have had the most shots against in the league (32). Johnstone has also conceded the most goals (13) in the league. Aston Villa’s Emi Martinez has the best save percentage in the league (81.82%). The 28-year old Argentinian keeper has only let in two goals from eleven shots against. Manchester United’s David de Gea has conceded 11 goals from 18 shots and is among the worst for save percentage.