There are high expectations on Paul Pogba’s shoulders every time he puts on the Manchester United shirt. The French midfielder, before the beginning of last season, suggested he might be leaving United for a new challenge. But, here we are, two summer windows later, he is still playing for Manchester United. Pogba, 27, missed the majority of last season because of an ankle injury. However he has been a regular in this team post lockdown helping United to qualify for Europe’s most prestigious competition, the UEFA Champions League. Like always, more is expected out of Paul Pogba and Manchester United as the 2020/21 season kick starts. Manchester United have had a fairly slow start to the league this season, losing at home against Crystal Palace and beating Brighton through a stoppage time penalty away from home. Paul Pogba, once again, was the focal point of the two matches, but this time for his average performances.

In both the games, Pogba was substituted around the 65th minute mark. Manager Ole Gunnar Solskjaer insisted that Pogba is still getting back to full fitness after testing positive for coronavirus. The visualization below shows his passing zones from the two games. 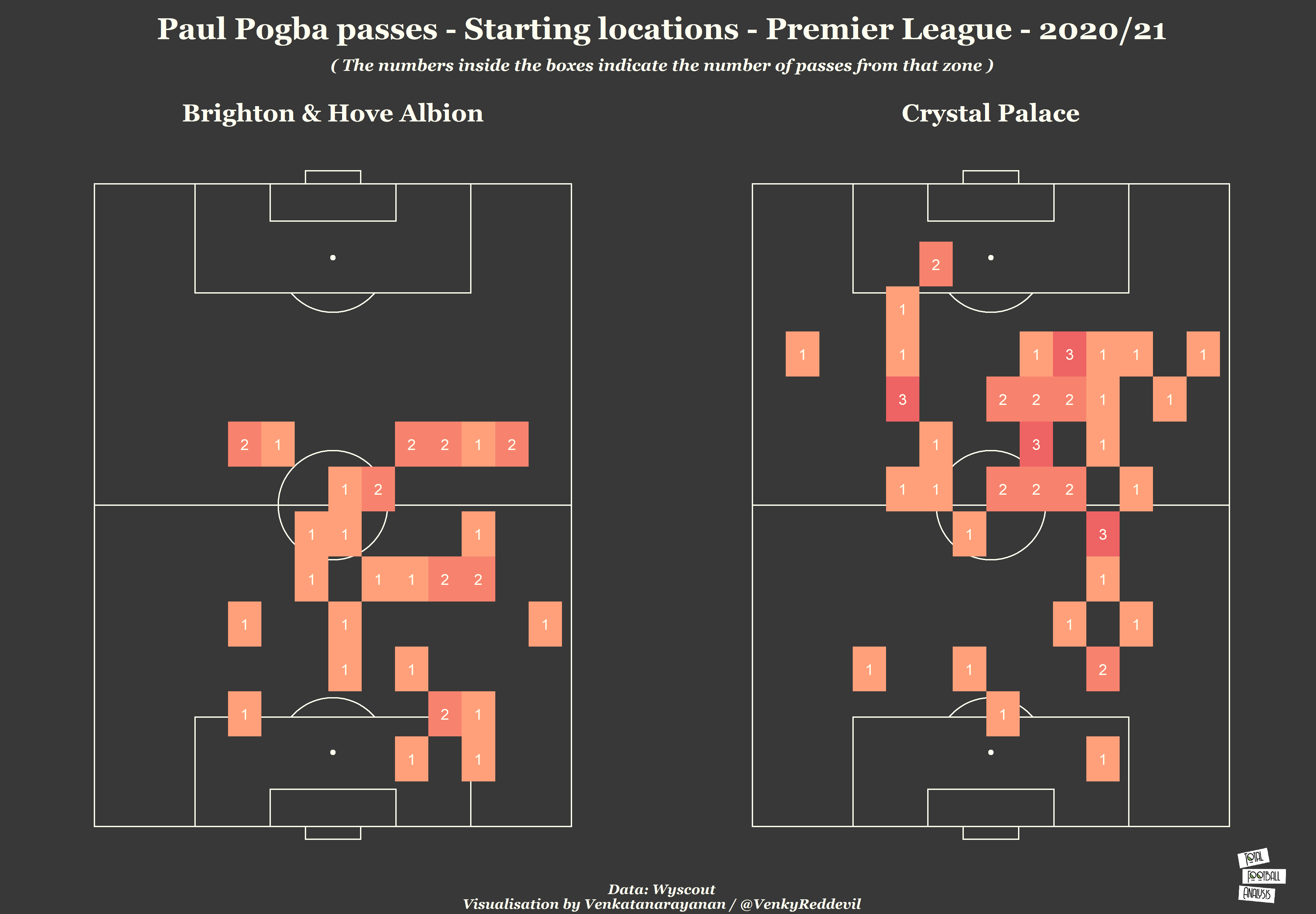 In the game against Brighton, the United attacking unit apart from Bruno Fernandes, could not get going, especially with Paul Pogba putting in a below average performance. He lacked sharpness and his usual line breaking passes were missing from both the games. Among the players who started the game, his passing accuracy was the worst for an United player in the game and the second worst overall. He also lost the ball more times than any other United player.

It is fair to say that Pogba has been inconsistent in his four seasons at United. He is entering the final year of his contract and there are widespread rumours that he will sign a new one. After another average start to the season for Pogba, lack of fitness or not, everybody involved with Manchester United football club will be hoping Pogba finally puts on a show for a run of games.