The 2019/20 season has been a breakout season for another Scandinavian talent, as 19-year-old Mikkel Kaufmann burst onto the scene for Aalborg. He had scored 7 goals by January, enough to earn him a deadline day move to Danish giants, Copenhagen, for a fee of just shy of €3m.

He’s only scored one goal since arriving at Telia Parken, but the shot map below shows great promise for the young striker. 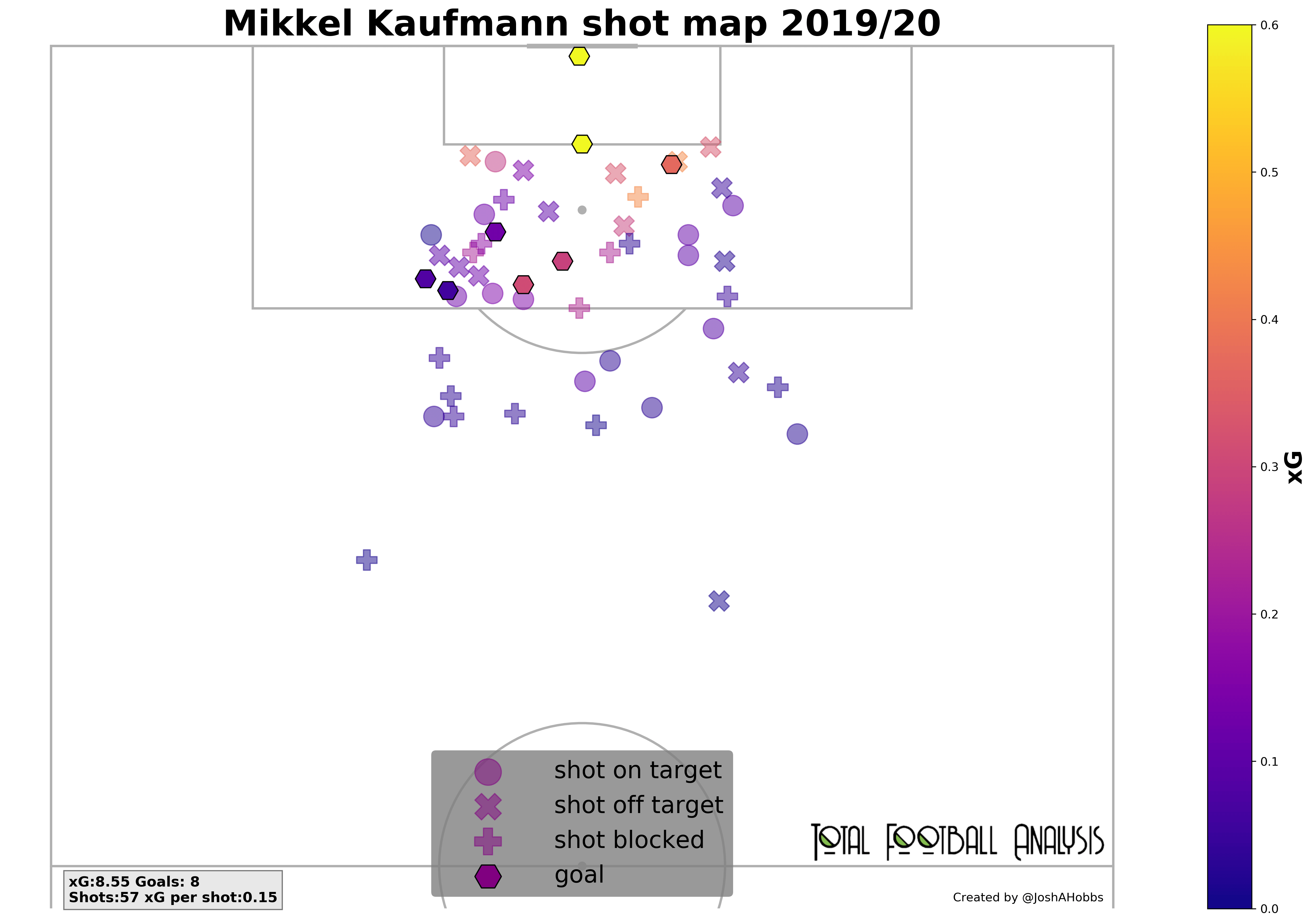 It’s also worth noting that there is an area that he’s particularly strong in, with 5 of his goals coming from the left-hand side of the penalty area, just behind the penalty spot. It could suggest that he favours curling the ball into the far corner, but looking back at the goals themselves, only two of the five are goals of that type. Of the others, one is a lob, one is a header and the other is drilled in at the near post.

Most importantly, almost every shot taken is within the width of the six-yard box. Shots taken from wide angles are much lower value than those taken from central areas. He also has also taken 15 shots from level with the penalty spot or closer. This is a whopping 26.32%. These are particularly high-value shots according to xG as shown by the colour bar on the image. 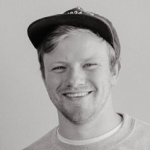 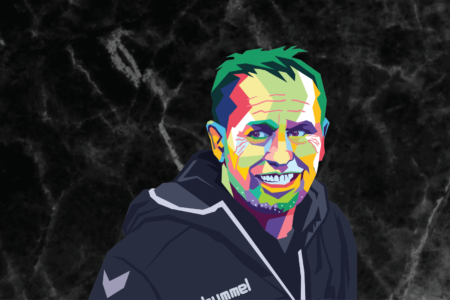