After the end of Matchday 28 in Ligue 1, the points table is very intriguing. PSG at this stage usually tend to lead the league comfortably but this time around they are second in the table, trailing Lille by two points. Lyon and Monaco, at third and fourth respectively, hold the remaining European spots.

The following visualisation shows how each team in the Ligue 1 have spread the minutes across different age groups. 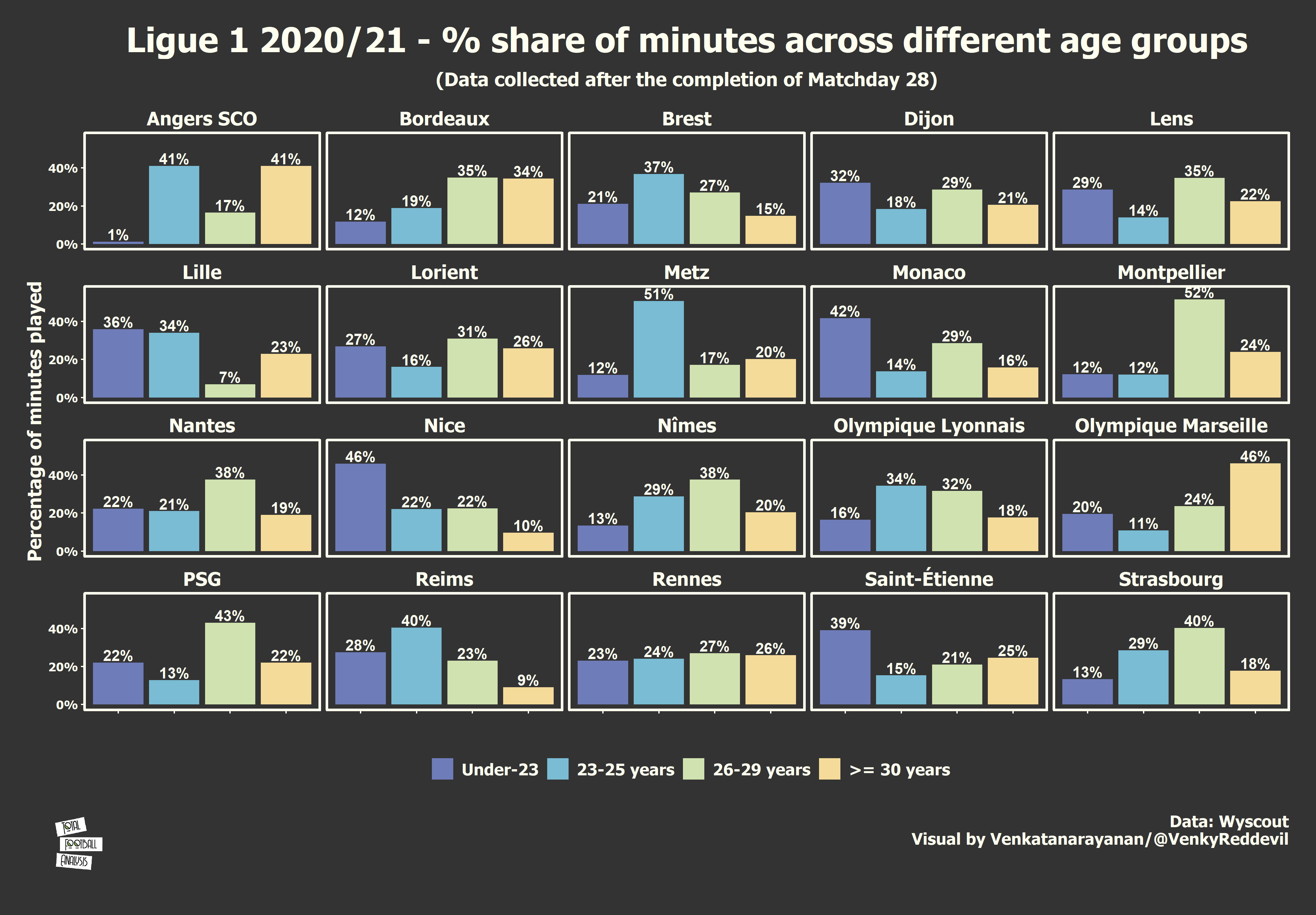 Ninth placed Angers have offered the least percentage of the minutes for U23 players with only 1% of the overall minutes offered to that category of players.