After so much drama over the recent summer transfer windows, Lionel Messi has actually left Barcelona to join Paris Saint-Germain as a free agent. Messi’s 21-year association with FC Barcelona came to an abrupt end because of things spiraling out of his control with Barcelona not being able to register him as a La Liga player. Messi finished his career at Barca with 778 appearances, 672 goals and 288 assists and numerous trophies including 10 La Liga titles and four Champions League titles.

The below visualisation does not show all of his achievements but just his insane goals and assists record over the years for the Barcelona first team. 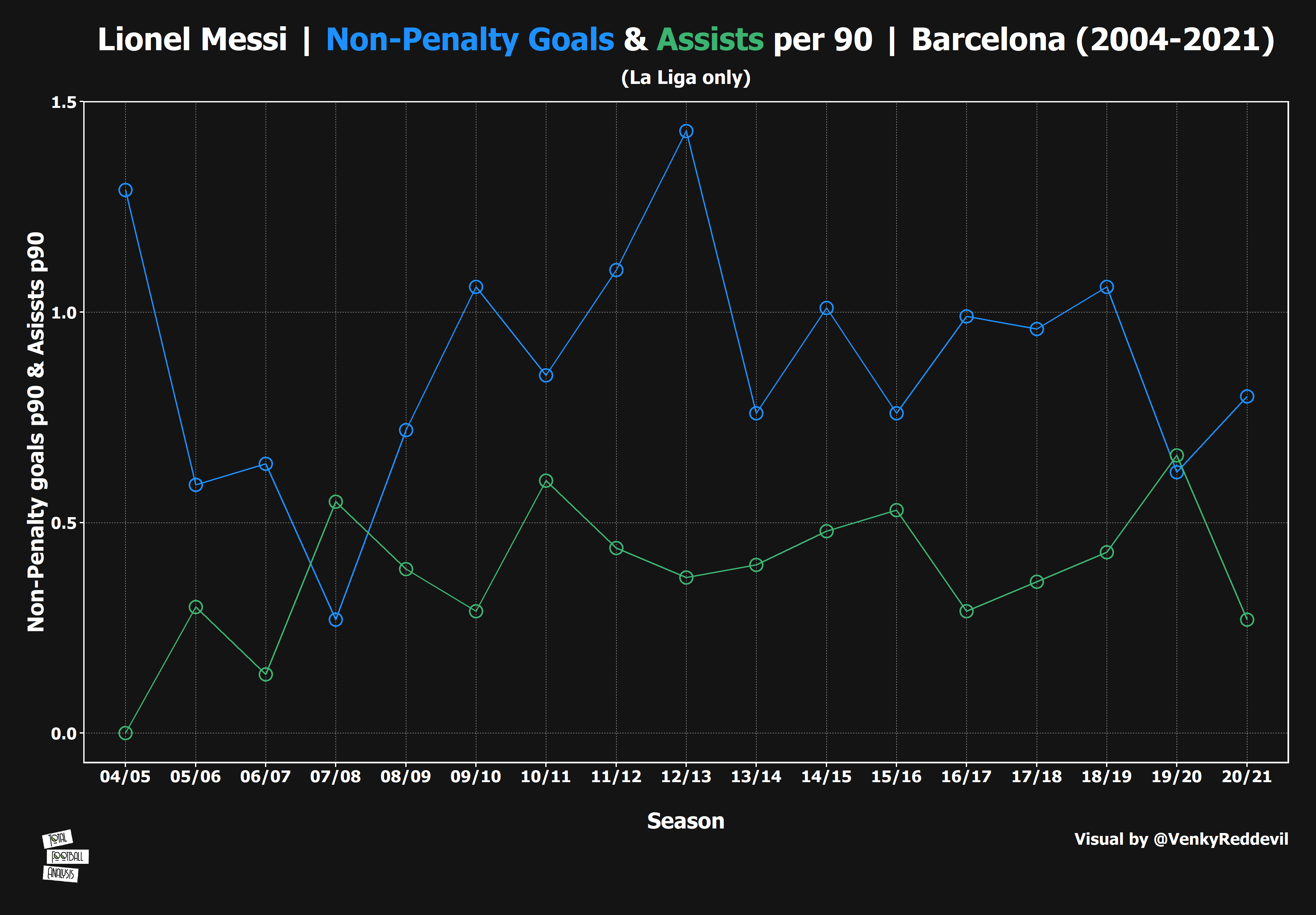 Lionel Messi’s goals and assists numbers are quite incredible as seen in the visual. Messi, after having somewhat an up-and-down start to his career, was pretty much consistent for almost the last decade.

Messi had a steady rise from 2007/08 to 2010/11 during which Barcelona won three league titles and two Champions League titles. 2012/13 was the best year for Messi in terms of goals and assists as the Argentinian put up 1.80 non-penalty goals plus assists per 90 minutes but 2011/12 was the only season during which Messi scored 50 goals in La Liga alone but even that could not help Barcelona win the league title that season.

Lionel Messi finished as the top scorer for Barcelona for 12 straight seasons from 2009/10 to 2020/21. It is fair to say, he ended his career on a high, even though the manner in which he left the club was not quite right.