Real Madrid could not have asked for a better start to the season. The Spanish giants lead the pack at the top of the table with a comfortable eight point lead over Sevilla after matchweek 16. One player who has been the stand out performer this season for Carlo Ancelotti is Vinícius Júnior. The 21-year-old Brazilian, in his fourth season at the Spanish capital, seems to be finally living up to the hype and expectations that surrounded his transfer.

The following visualisation shows where Vinícius Júnior ranks for some of the key metrics when compared with the other wingers in Europe’s top five leagues. 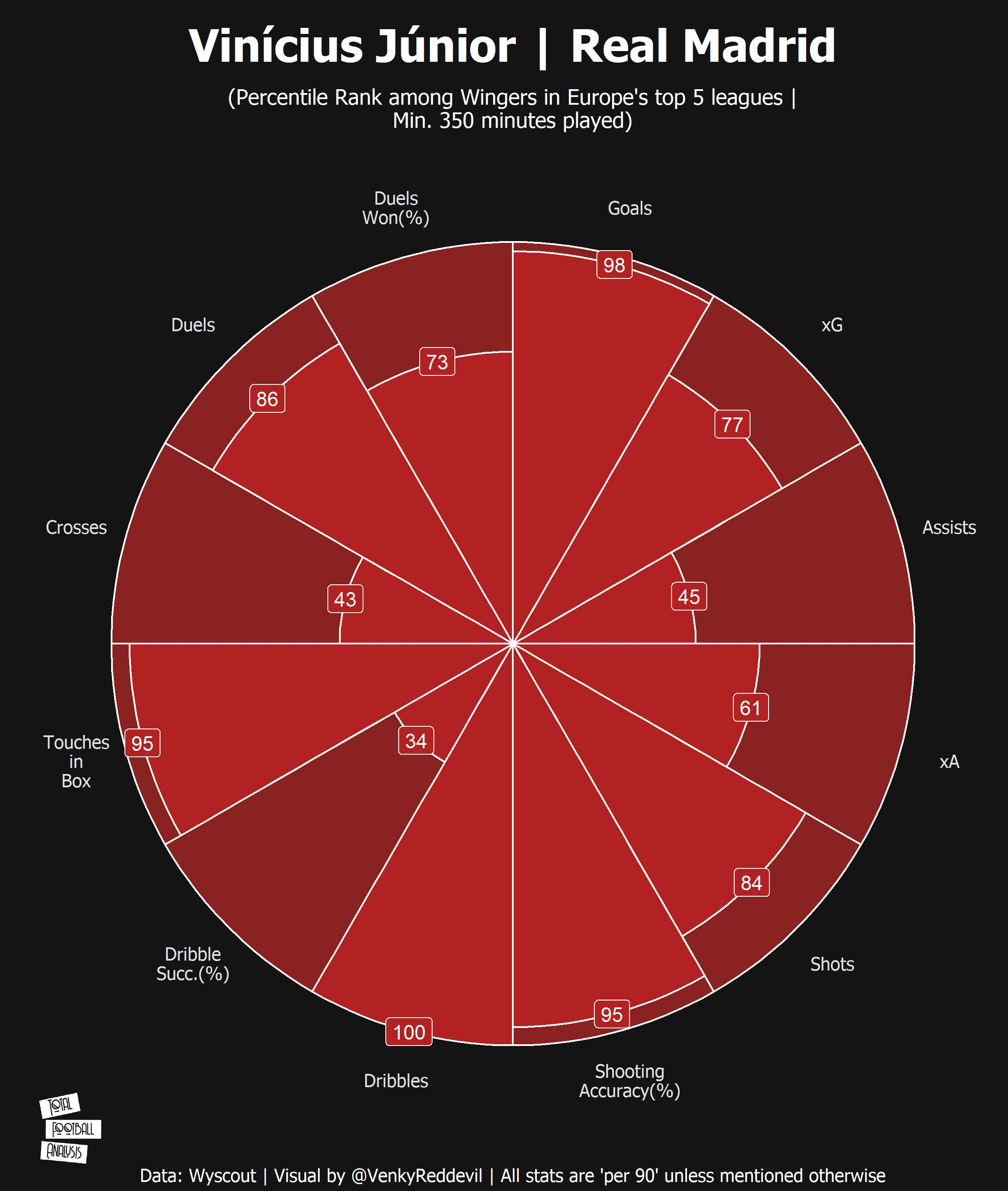 Only Mohamed Salah (0.80) has a better goals per 90 record than Vinícius (0.68) with Salah scoring 13 goals in 15 games and Vinícius Júnior scoring 10 goals in 16 games. Vinícius Júnior’s biggest strength is his pace. As seen in the visual above, the Brazilian has attempted the most dribbles per 90 in Europe’s top five leagues with 10.65 dribbles per 90. However, he isn’t as successful as some of his peers at dribbling, as he ranks in the 34th percentile for Dribble Success (%). Vinícius Júnior also attempts a large number of shots with the attacker ranking in the 84th percentile for shots per 90 in Europe’s top five leagues. He also shoots them on target frequently. Vinícius Júnior also regularly creates chances for his teammates as he ranks in the 61st percentile for Expected Assists (xA) per 90. One area where he may be able to improve is his crossing, as seen in the visual.