We are eight match weeks into the 2021/22 La Liga season. Now might be a good time to look at the goalscorers charts to find out which players deserve to be in that list and which players are lucky to be there.

The following visualisation shows the ten most over-performing and under-performing goalscorers based on expected goals (xG) from the season so far. Even though it’s only a small sample-size, early season trends are very important to understand which players are finishing well and how long can their trend continue? 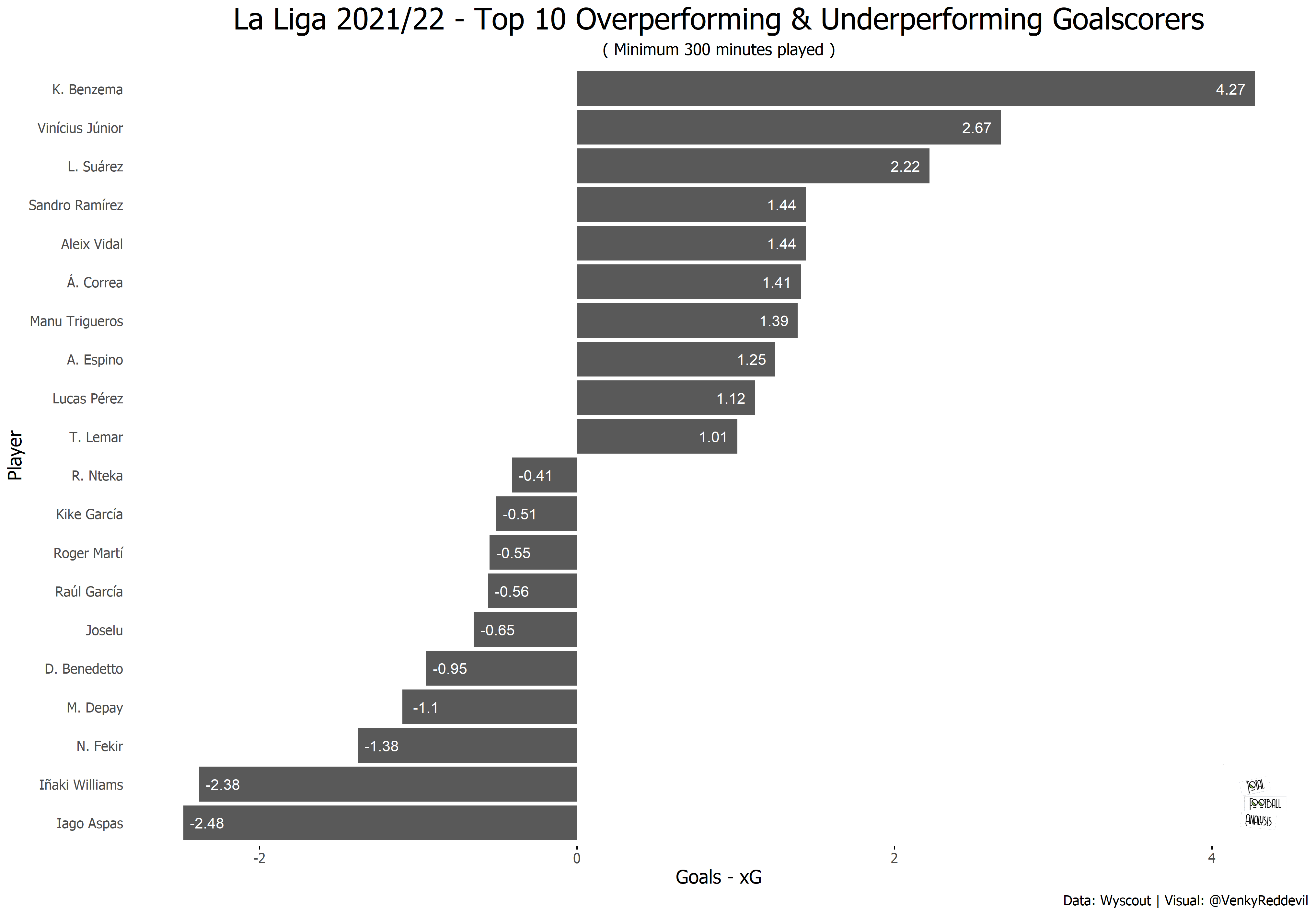 Karim Benzema, who is the league’s top scorer so far with nine goals, has outperformed his xG by 4.27 and is the biggest overperformer in the league. Benzema has been known to be clinical in front of the goal, especially during the last two or three years. That is why his overperformance in front of goal shouldn’t be surprising especially given the fact that he has outperformed his xG by at least four goals in two of the last three seasons.

Behind Benzema in the list is his Real Madrid teammate Vinícius Jr. Vinícius is having one of his best seasons in front of the goal with the Brazilian already finding the back of the net five times – his best tally in the league since moving to Madrid. Vinícius has outperformed his xG by 2.67. Luis Suárez comes third with an xG of 1.78 having scored four goals so far. Other interesting names in the top 10 for overperformance includes Suárez’s teammates Ángel Correa and Thomas Lemar,as well as Lucas Pérez

When it comes to xG underperformance, Celta Vigo’s Iago Aspas is the biggest underperformer with an xG of 4.48 scoring just two goals so far. Iñaki Williams of Athletic Bilbao, who recently set a record for the most consecutive appearances in the league, is second in the list for underperformers with an xG of 4.38 scoring only two goals. Depay, who has had a strong start to his first season at Barcelona, is also among the top five underperformers.

As mentioned earlier, it is still early in the season. However, it will be interesting to see how this trend changes and who are the biggest overperformers and underperformers come the end of the season.