At the halfway stage (19 games played) of the 2020/21 La Liga season, Atlético Madrid led second place Real Madid and third place Barcelona by eight and 11 points respectively. Currently, after 29 games into the season, Atlético are top of the table but lead second place Barcelona by one point and third place Real Madrid by just three. It is fair to say, an exciting end to the season awaits.

The following visualisation shows the number of clean sheets each team’s primary goal keeper has to his name this season. The data for this visual was collected after the completion of Sevilla vs Atlético Madrid on 4th April, 2021. 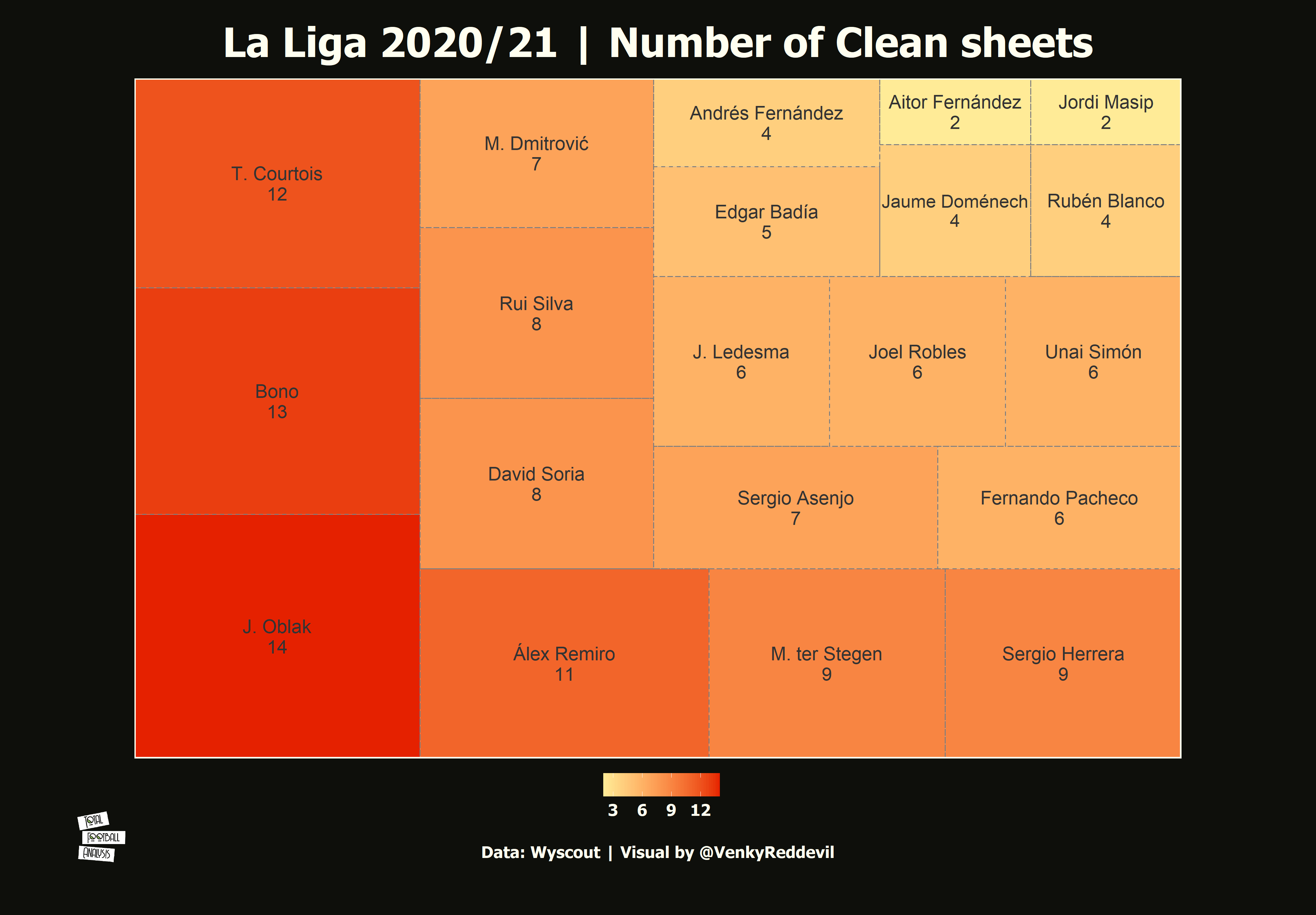 One of the reasons for Atlético’s excellent form at the start of the season was their defensive record. Jan Oblak had eight clean sheets to his name in the first 10 games. However, in the 19 games since Atlético have only kept six clean sheets. Oblak’s excellent form at the start has him at the top for the most clean sheets this season with 14. Sevilla have the second best defensive record in the league, thanks to their Moroccan goalkeeper Yassine Bounou (Bono). Bono has the best save rate percentage in the league as well, and, with 13 clean sheets is second behind Oblak. Thibaut Courtois, after having a difficult start to life at Madrid, looks to have settled well in the capital keeping 12 clean sheets so far this season.

Édgar Badía of Elche has faced the most shots in the league (150) and subsequently ranks third for most goals conceded. This explains why he only has five clean sheets in the season so far. Rui Silva of Granada has conceded the most goals (47) but Silva also has eight clean sheets to his name.

Barcelona’s recent run of form must be attributed to their defensive record with the return of first-choice goalkeeper Marc-André ter Stegen from injury. The German keeper has kept clean sheets in four of his last six games. Ter Stegen has nine clean sheets in total and will look to add to that tally in the coming weeks.