These days players are expected to be equally strong in either foot. Players who possess this ability are used in different positions and have higher chances of featuring regularly in the line up. The following visualisation compares the percentage of left-footed and right-footed players in each team from the La Liga. The visualisation also gives an idea of what kind of players each club prefers. 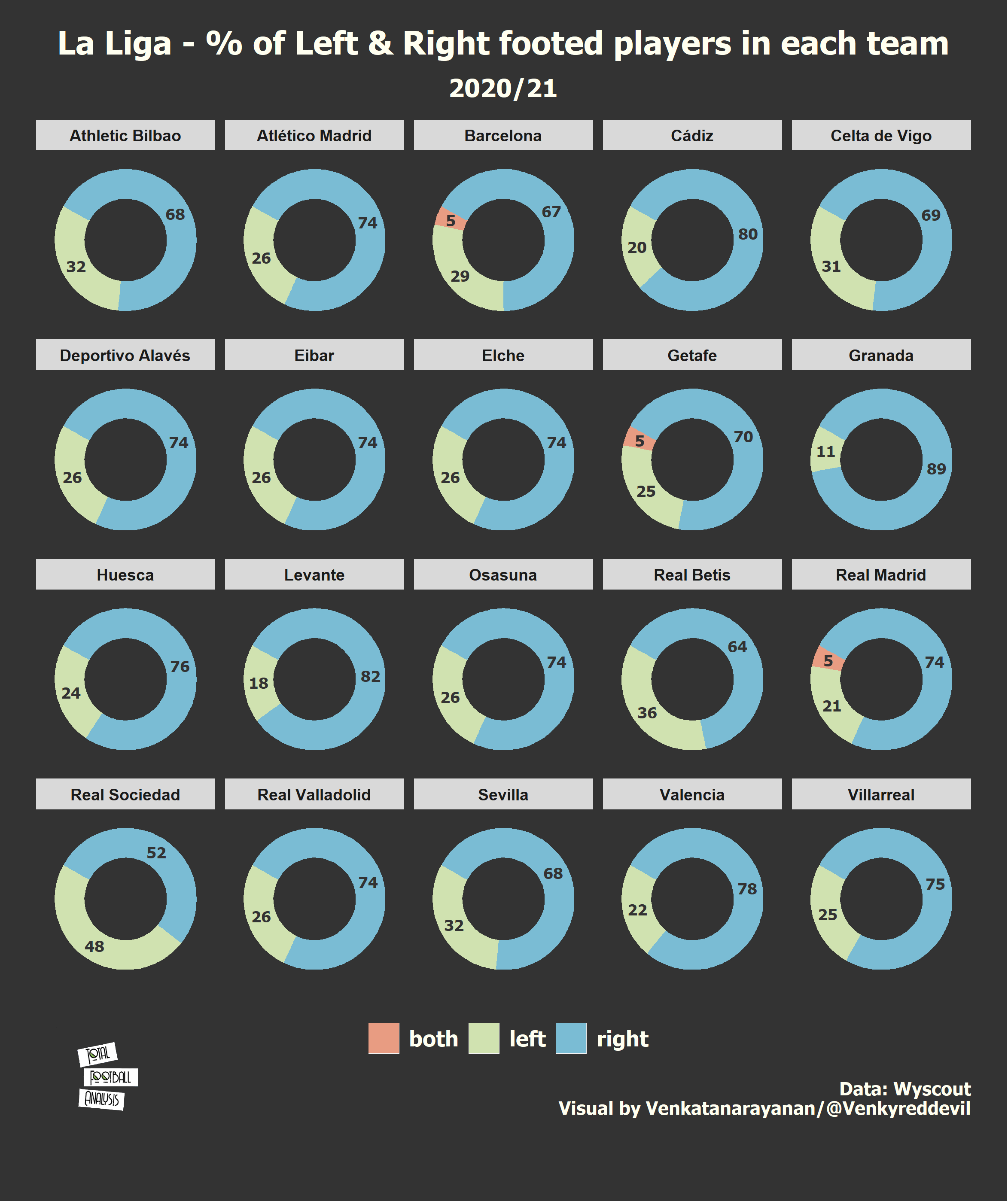 Djene Dakonam of Getafe, Karim Benzema of Real Madrid and Ousmane Dembélé of Barcelona are the only three players comfortable with either foot, per Wyscout.