After 25 games into the 2020/21 Serie A season, Cristiano Ronaldo is top of the goal scoring charts with 20 goals to his name. Inter’s Romelu Lukaku is second with 18 goals and last season’s top scorer Ciro Immobile is third with 14 goals.

The below visualisation compares the actual goals scored and the Expected Goals (xG) of the top 10 goal scorers in the Serie A. 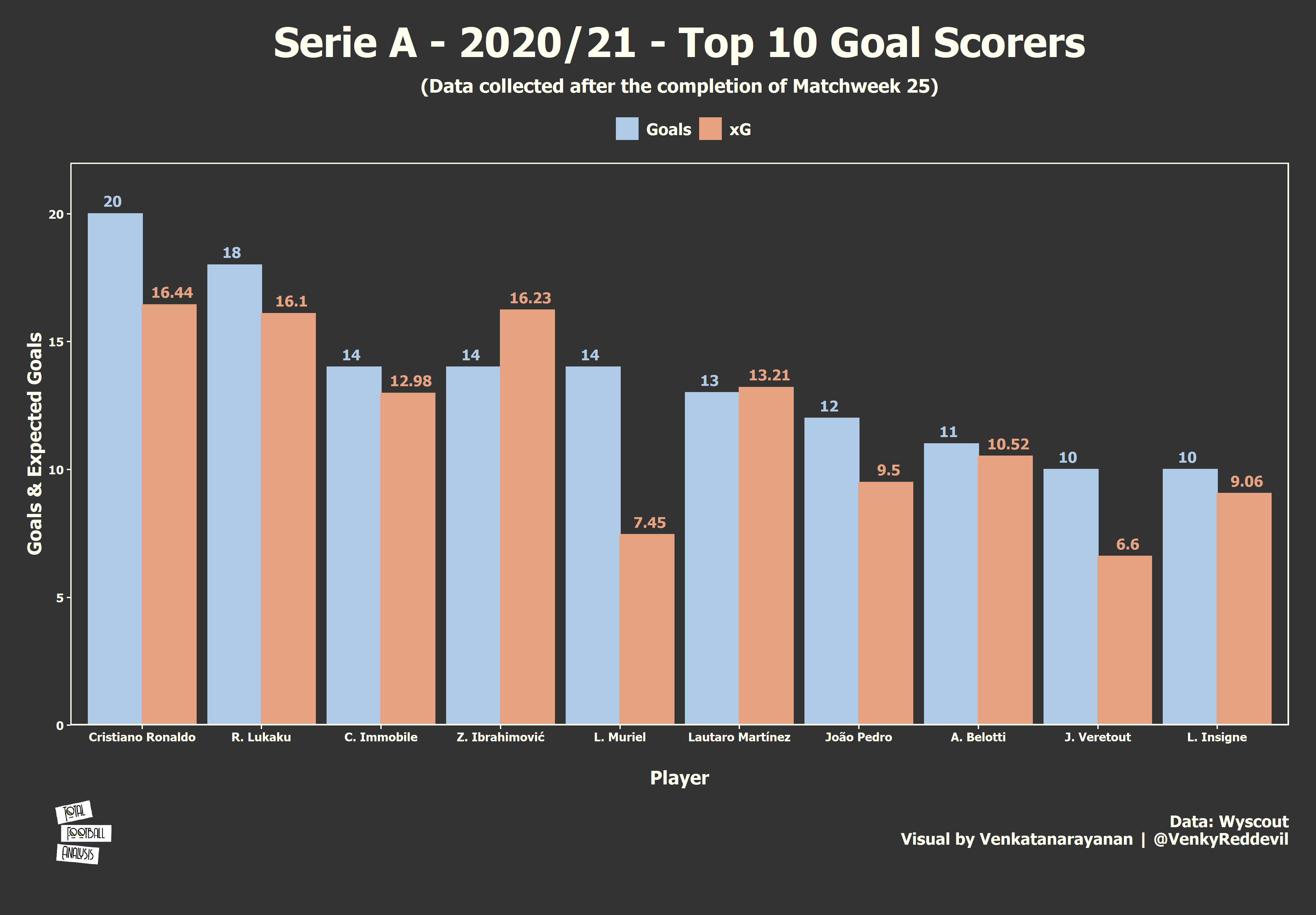 As shown in the graph above, Zlatan Ibrahimović is the only player in the top 10 to have notably underperformed the xG score. Luis Muriel who has his xG of seven goals is the biggest overperformer with 14 goals to his name.

Ronaldo, Lukaku, Immobile, Pedro and Belotti, who were all in the top 10 for goals scored last season, look set to once again finish in the top 10 this season. Interestingly, Lukaku who finished with 23 goals last season is already up to 18 goals this season with an xG of 16. It is only fair to say Immobile, in spite of being in this list at third place, is not quite having the excellent season he had in terms of goals scored.