In this tactical analysis, we are going to explain the tactics employed by the back-to-back Canadian Premier League champions Forge FC and how they won the league in style. In the course of our analysis, we will be looking at the formation they employed, the midfield
press, standout players, as well as a fluid front three. While also looking at key players like
captain Kyle Bekker, know to cause much havoc for the opposition. 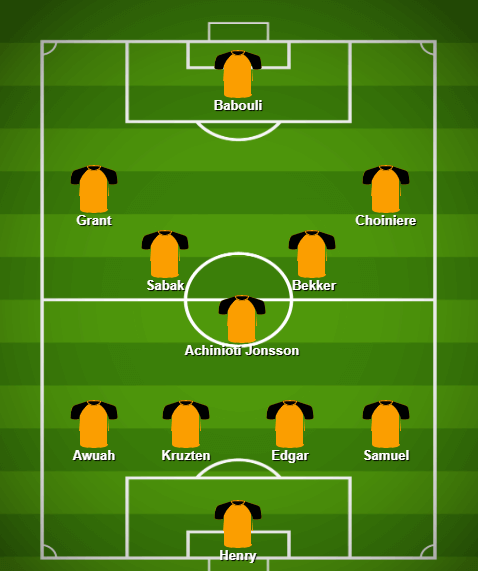 Forge FC lined up in a 4-3-3 formation every single game in the 2019/2020 Canadian Premier League season. The above lineup, and arguably their best possible lineup is the team that started the CPL Final against the Halifax Wanderers, The central defenders and Achinioti Jonsson often recycled possession amongst each other. At the same time, the fullbacks pushed up high and wide. The front three players stayed central, playing between the lines of opposing central defenders. Bekker and Sabak were always encouraged to make late runs into the penalty area, as the final third was often overloaded with Forge attackers and fullbacks. Mo Babouli is the standout player in the front three; however, in the ten-game season, Forge did not ever use the same front three players more than once. Squad depth and competition for places ensured no one was guaranteed a starting spot. Mo is comfortable playing out wide and centrally, making him one of the league’s most composed attackers, able to adapt to whoever he is playing in the front line with.

Pictured above is Canadian goalkeeper Triston Henry. He earned five clean sheets in ten games during the Canadian Premier League season, the best in the league. At just six-feet tall, Henry commands his penalty area as if he were twice that size.

Triston Henry came for every cross, floated or whipped, that entered his penalty area. A risky strategy for most goalkeepers, but it never failed him once. His strongest attribute is his ability to command his box.

Henry also finished second in the league for most saves made, twenty-three, showing that he could be relied on when called upon with his quick reflexes and commanding stature. At just 27 years of age, his best years were still ahead of him as a goalkeeper.

A recurring theme that will appear in this analysis is captain Kyle Bekker making late runs into the penalty area, as seen above. Bekker will always be found in the space between opposition defence and midfield when his team is entering the final third. He thrives in this space, scoring three times from nine shots, all of which came from this space.

Bekker is also one of the teams most creative players. With just one assist, he is far from a final ballplayer but is best used in combination play or creating turnovers of the ball and launching a counter-attack. Pictured above, we see the midfield three moving as one unit to press the opposition, winning the ball and Bekker earning his only assist. Bekker’s midfield partners are rarely far away from him, as the Forge press heavily relies on the midfielders keeping together and moving to the same areas of the pitch at the same time.

A lot of teams may fall into a traditional 4-4-2 shape when they lose the ball; however, Forge excelled when they kept their 4-3-3 structure even in defence. Their midfield three was by far the most fit of any in the Canadian Premier League this season. Bekker, Sabak and Jonsson all starting eleven matches this season, meaning that Forge often looked to win the game early as their aggressive midfield press can be very physically demanding on the body.

Pictured above is Forge’s midfield three. They are rarely every far away from each other, as this is the heart and soul of Forge’s press. They create turnovers in the middle of the pitch or can win second balls and play out of midfield to a forward player ready to run.

Pictured above, the Forge press in action. The forwards are wide, and dropping deeper to create space behind them as their markers follow them. This creates space in behind the defence for long passes to be passed into by the midfield.

Forge FC is not scared to man-mark high up the pitch and press from the front.

Players are trusted to man-mark and cover passing options for any team that tries to play out from the back. It’s very common to see five or sometimes six Forge players deep into the opposition half fighting to win the ball back. It is a very similar pressing style that Leeds and  Liverpool are demonstrating in the English Premier League.

The 2019/2020 Canadian Premier League season saw many teams operate with a more passive defensive structure and style. Forge FC was the only team to create turnovers and immediately win the ball back after losing it, as the rest of the league often relied on keeping as
many players behind the ball possible after losing it.

When in possession, Forge has their forward three playing either very narrow or very wide. Against teams, like Valour FC, that play with a back five, Forge fullbacks are encouraged to push up high and wide, while the front three attacking players are man-marked, as pictured
below.

Circled in orange are Valour players marking Forge players. When space opens up, it’s s often the Forge midfield players that run into it, not the forwards. The team waits for clear cut opportunities and space to be created, instead of encouraging forwards to race their marker to the through ball. The Forge forwards are very capable of running onto through balls; however, many teams have found it challenging to manage the overloads created in their final third.

Above is another example of Kyle Bekker’s now trademark late run into the penalty area. While teams track back to defend, Bekker is often forgotten about or loses his marker completely. Having fast forward players allows Forge wingers to beat their fullbacks, drag central defenders out of position, and create space for teammates to run into. No team in the league does this better.

Above is another example of Forge’s pacey forward, Mo Babouli, dropping deep. This forces the forwards marker to come out of position, leaving space behind them for the midfield to pass into. Once the pass is made, the Forge front three trust their speed and agility to ensure they beat their marker in turning around and running on to the ball.

Forge FC was the most entertaining team to watch in the 2019/2020 Canadian Premier League season. They averaged 1.73 goals per game, hitting the woodwork three times in eleven games, and pressed high and aggressively. With Forge now crowned Canadian Premier League champions, they have been entered in the CONCACAF League, a pathway to the more prestigious CONCACAF Champions League. Their sights will be pointed to the CONCACAF League quarter finals, as they have beaten the El  Salvador side Municipal Limeno on Thursday October 22nd, 2020 and Tauro FC of Panama on November 3rd, 2020, as well as their Canadian Championship Final clash against MLS side Toronto FC.

Canadian football is on the rise. The lower leagues in Canada show a promising future for young players and coaches who want to play exciting and attacking football, as well as proving that there’s more to North American soccer than just the MLS. 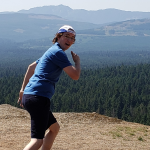