The November international break is upon us. With a delayed start to the season because of the COVID19 pandemic, the fixtures are congested like never before and we have already seen many managers expressing their unhappiness about the schedule. Rightfully, some managers have found a way to rotate their players and split the playing time throughout their squads. One way to do this is by changing formations and the players on the flanks have often been preferred option to rotate. This way, it helps the managers to understand which players are flexible across different systems. The following visualisation shows which players have put in the most crosses from both flanks in each Premier League team. 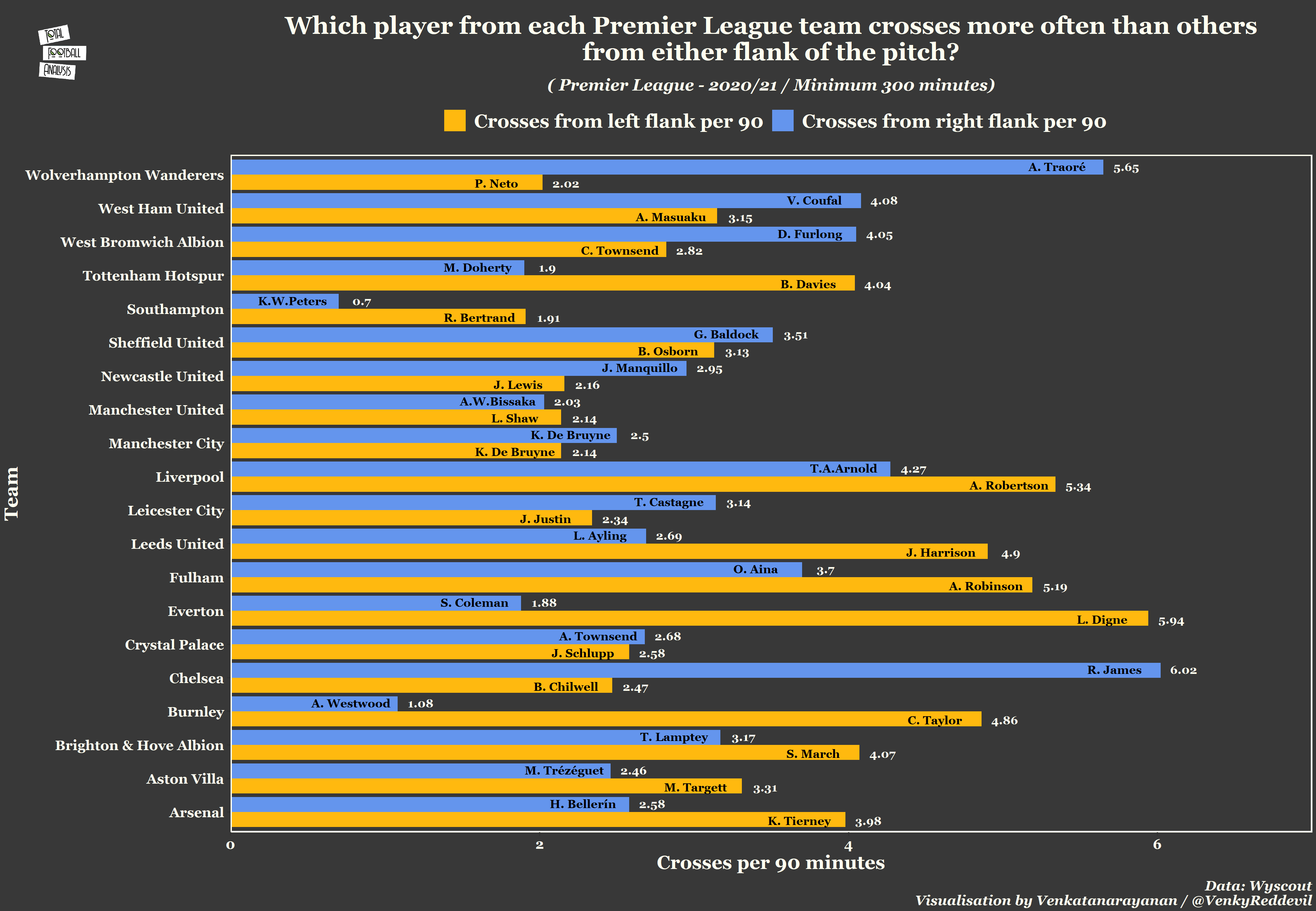 Among players to have played at least 300 minutes, Chelsea’s right-back Reece James has put in the most crosses per 90 (6.02) from the right flank. From the other side, Lucas Digne from Everton tops the chart for most crosses from the left flank with the Frenchman attempting 5.94 crosses per 90 minutes. Manchester United’s Aaron Wan-Bissaka has often come under criticism for his contributions in the attacking third, especially for his crossing. However, the Wan-Bissaka still attempts the most crosses per 90 minutes for the Red Devils from the right flank, which says all about their right side. City’s Kevin de Bruyne tops the chart in his side for crosses from either side of the pitch. Fulham’s summer signing Antonee Robinson ranks third for crosses from the left flank with the youngster from America attempting 5.19 crosses per 90 minutes. Liverpool’s Andrew Robertson, attempts more crosses per 90 minutes (5.34) than his partner Trent Alexander-Arnold (4.24). The above image also illustrates, to an extent, which side teams generally rely on for creating chances. Like, for example, Chelsea relying on the right side and Arsenal relying on the left.