“Football is a game to be played with your brain. You’ve got to be at the right place at the right time, and not be there either too soon or either too late.”Nothing can be more accurate than this saying by Johan Cruyff in describing the moment of magic in Liverpool’s UCL 2019 campaign. It needs no introduction as every football fan on this planet knew they witnessed something special that night.

Liverpool’s tactic of high press and counter-pressing forced Barcelona to make mistakes. They attacked loose balls with intensity while Barca on the hand looked slow to react and couldn’t find a way to suppress Liverpool’s tactic until the very end.

Despite Liverpool’s tactic of high-press did the trick for them, it had its drawbacks such as the players were often caught out of position which Barcelona failed to capitalise on.

After one year of that tragedic night for Barcelona and their fans, here we are to visualise the set-piece and perform a data analysis of what went wrong using tracking data.

At the time of corner 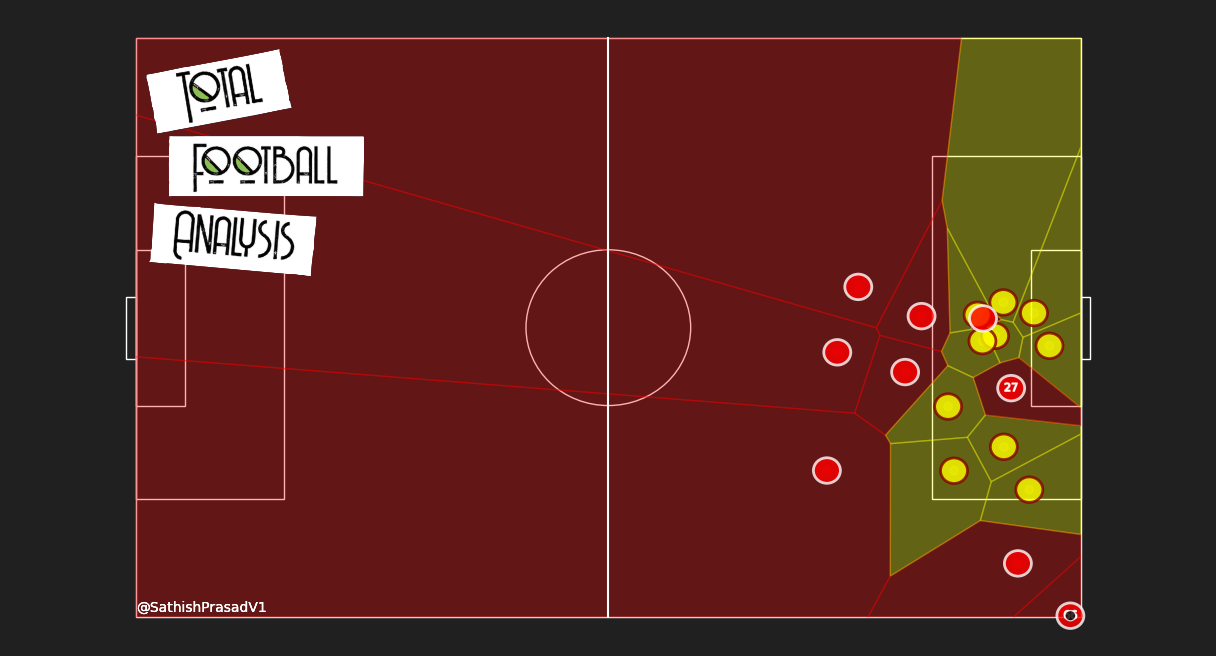 The above visualisation is a pitch control model plotted using tracking data which depicts the position of players and the area of pitch they had under their control seconds before the corner kick was taken. We can see a massive void in the heart of Barca’s defence, with Origi left with an ample space to capitalise on, which the players failed to notice. Barca’s men were fast asleep at the time of corner and Alexander-Arnold and Origi took complete advantage of it.

But what if the defence had been more alert and marked Origi and the ball hadn’t found the net?

All that Barca had to do to prevent the goal was to be vigilant and fill the hole. The below visualisation is the same as above but the only difference is, Origi has been marked this time. 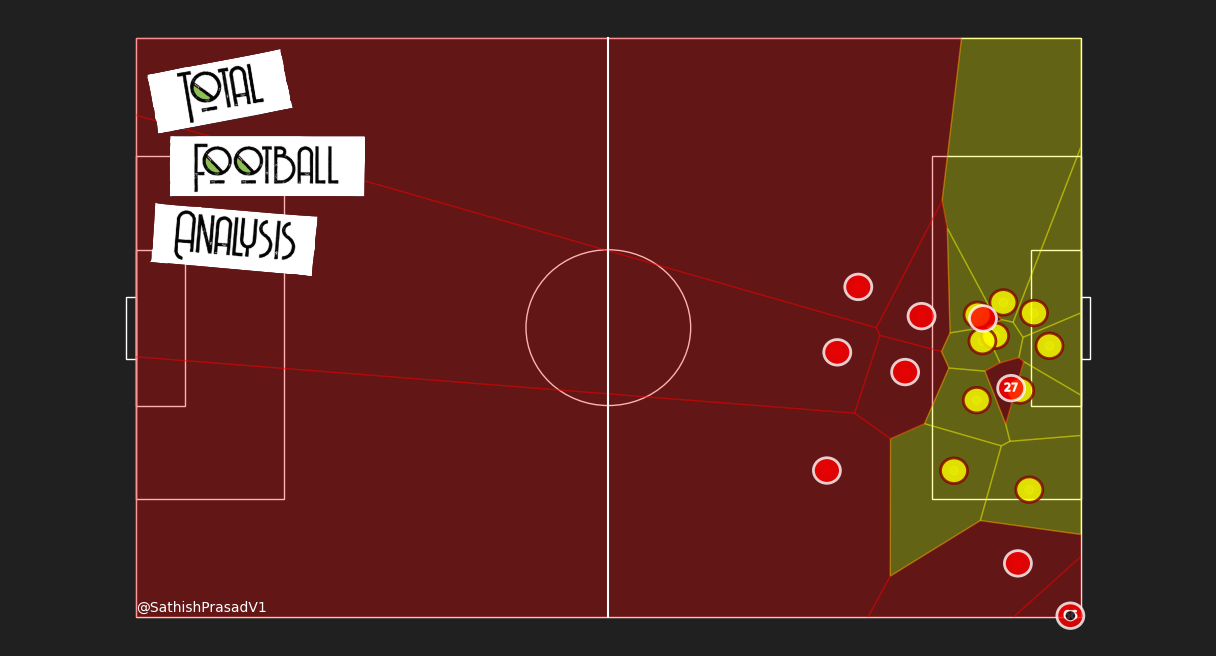 One could perceive that the amount of threat that could have been caused by Origi is significantly less in the above visualisation when marked. In this case, even if the corner had been taken quickly or later, the ball would have never gone past Ter Stegen. Which would have been an ideal scene to any Barcelona fan in this world.

History speaks for itself and the Liverpool fans around the globe will fondly remember the magical night at Anfield. As for the Barcelona fans, they are left to wonder, what if?