Squad building within football is a part of the game that has fascinated me for years. Get your recruitment right and you can set your club up for a period of sustained success. Get your recruitment wrong, however, and you can set your club back for years and years. There are numerous examples in the recent history of football in which we can see very clearly how not to approach squad building.

Take Barcelona for example. In August 2017 they sold, with some reluctance, the Brazilian attacker Neymar to PSG for a fee that is reported on Transfermarkt to be in the region of £199.80M. An incredible figure that perhaps encapsulated not just Neymar’s perceived talent and potential but a willingness for the French side to establish themselves as key players in the wider football world. This is the point at which a lot of onlookers believe Barcelona make the decisions that set them on the path to the financial mess in which they now find themselves. Arguably Barcelona would have been better advised to wait and choose their targets with care while they relied on their existing squad and the talent of La Masia to plug the hole left in their squad by the departure of the Brazilian. Instead, they decided to spend a reported £121.50M on signing the Brazilian Coutinho from Liverpool and £121.50M on the French winger Ousmane Dembele from Borussia Dortmund. While neither of these players is by any stretch of the imagination a bad player they arguably did not fit the style of play at the club. At the time of writing, Barcelona are trying to offload Coutinho from the wage bill while Dembele finds himself on the fringes of the first-team picture. Well over £200M wasted on the signing of two players as the club felt as though they needed to make a statement following the loss of Neymar.

We see a similar issue at Spurs in the 2013/14 season as, after a protracted transfer saga, they sold the Welsh international attacker Gareth Bale to Real Madrid for a fee reported to be in the region of £90.90M. Spurs took a different route to that of Barcelona as they looked to use this injection of capital to strengthen several areas of the first-team squad at once. In came Eric Lamela (£27M) Roberto Soldado (£27M) Paulinho (£17.75M) Christian Eriksen (£12.74M) Etienne Capoue (£9.9M) Vlad Chiriches (£8.55M) and Nacer Chadli (£7.34M). A different approach to squad building to that of Barcelona in replacing Neymar but again one that was less than effective. Of the above-named players how many could be said to have had a significant impact at the club? Eric Lamela? Yes, when fit, Christian Eriksen, absolutely, but the others were marginally effective at best.

So if the above are examples of poor squad building and ineffective planning then what are the examples of interesting approaches? Well, in fact, one of these examples forms the basis of this article in the approach that is currently being taken at Aston Villa to replace their captain and talisman Jack Grealish who has left the club to join Manchester City as the Premier League champions chose to trigger a release clause of £100M in the contract of Grealish.

So how are Aston Villa approaching the problem of replacing Jack Grealish? Well, they are using methods more normally found in baseball, only not exactly.

Following the announcement of the sale of Grealish to a Premier League rival fans of Aston Villa were understandably upset. Grealish was more than just their key player and the talisman of the club, he was one of their own, a young man who had followed the dream of millions to play for and captain the club that he had supported as a boy. Now, he was gone, and the club was under pressure for allowing the deal to happen. This was the point in which Villa, and their CEO Christian Purslow more specifically, did something very clever. Purslow released a short video aimed at the fans of the club in which he explained the deal and spoke about the plans of the club going forward.

Purslow made it clear that the club wanted Grealish to stay but he also stated that, along with the talented Johan Lange as the club’s sporting director, they had been aware that there was the possibility that this day might come and they had planned accordingly to ensure that they were not caught completely unawares, as we saw in the case of Barcelona when they sold Neymar. He made it clear that the club had spent time analysing the strengths that Grealish brought to the team, and perhaps more importantly, analysing his key outputs and metrics, Purslow made it clear that the intention was not to attempt to replace Grealish with a single player but instead to break down the most important parts of his game, his creativity, assists and goals, and replace those with three attacking players.

The most interesting aspect of this video for me was that Purslow made reference to the fact that the club believed this would lessen their over-dependence on a single player. There was more than an element of truth in this as last season when Grealish was unavailable Villa were a much poorer side than when he was in his customary left-wing position. Indeed, Purslow went as far as naming the three players with who Villa were looking to replace Grealish. These players were Emi Buendia, signed from Norwich for £34.56M, Danny Ings, signed from Southampton for £31.68M and Leon Bailey, signed from Bayer Leverkusen for £28.80M. All three were then signed for less than Villa had sold Grealish for.

How effective was this approach though? Well in truth the validity of this method of squad building will likely only be properly judged after a period of years have passed. Much in the same way that we can look back now and judge the way that Barcelona replaced Neymar or that Spurs replaced Gareth Bale. We can, however, use data and more specifically data profiles to judge how effective Villa have been in replacing the metrics and output that Grealish provided across the 2020/21 season. First of all, though we have to understand exactly what Grealish looked like from a data perspective

Above is the data profile for Grealish last season. On the left of the dashboard, we have percentile ranks that show how Grealish measured against all other wide attackers in the English Premier League over the course of last season. On the right, we see the raw per90 ranks.

The first thing to say is that Grealish was very, very good and the data profile matched with the eye test. Purslow made mention of three key parts of the game when talking about how they would replace Grealish, creativity, assists and goals so let’s take those one at a time.

Arguably two of the players who have been signed will replace a large part, if not all, of this output in Leon Bailey and Emi Buendia. We will be looking specifically at Buendia in the next section though so let’s look first of all at the data profile of Leon Bailey.

Bailey played 2266 minutes last season in the Bundesliga for Bayer Leverkusen and he predominantly played on the right-side last season but he is likely to feature more from the left-side at Villa. He averaged 8.86 dribbles per 90 with a success rate of 51.57%. He also took 4.96 corners per 90 2.22 passes to the final third and 4.49 passes to the penalty area per 90.

These metrics in isolation compare favourably to those of Grealish in all areas other than passes to the final third and the success rate of his carries.

Next, his assists. Last season Grealish averaged 0.34 assists per 90 from 0.34 expected assists per 90. An excellent return although, of course, assists can be a slightly disingenuous metric given their reliance on strikers being in a position to finish the chances that are created. Now, we will look at the profile of Emi Buendia to show how he compares.

Emi Buendia was without a shadow of a doubt the most creative player in the English Championship last season. He averaged 0.31 assists per 90 from 0.31 expected assists per 90. Interestingly, however, the Argentinian international also impressed with his contribution in creative metrics aside from assists with 7.44 progressive passes per 90 7.75 passes to the final third per 90 and 3.89 passes to the penalty area per 90.

Finally, his goal output. Grealish averaged 0.23 goals per 90 from 0.15 expected goals per 90, despite never being considered to be a goal scorer as such. He also took 1.94 shots per 90 and had an average of 5.72 touches in the opposition area per 90.

Now, we can look at the profile of Danny Ings.

Danny Ings is perhaps one of the most underrated finishers in the top 5 leagues and his outputs last season show this clearly. He played 2320 minutes in the Premier League for Southampton and he averaged 0.47 goals per 90 from 0.32 expected goals per 90. He took an average of 1.98 shots per 90 and had on average 3.80 touches in the opposition area per 90.

So, has the strategy from Villa to replace Jack Grealish been effective? On paper at least I would have to say yes. If we consider the raw metrics alone then the output that Grealish provided have been replaced by the signing of Bailey, Buendia and Ings. We should also mention the other players that are still in the squad with the likes of Ollie Watkins, John McGinn and Anwar El-Ghazi also offering key contributions to Villa last season and now this.

This does not, however, account for the intangibles that explain just how important a player Grealish was for Villa last season. His status as a Villa fan and product of the youth academy meant so much to the club and their supporters and that is hard to replace. Also, Villa have one of the best youth sides in English football as they won the FA Youth Cup last season. This season should see the likes of the 20-year-old Jacob Ramsey and the 17-year-old Carney Chukwuemeka given first-team football this season to ease this transition away from Grealish. 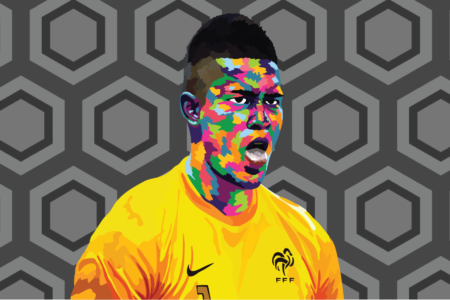 Alphonse Areola: Can he be the man to dethrone Hugo Lloris?

Fulham’s 2020/21 Premier League campaign was a disappointment, given another strong Championship promotion followed by an instant relegation from the […]