Seven weeks into the 2021/22 Bundesliga season, Bayern Munich are first in the table with 16 points. This should not be surprising for most fans, but what will be surprising is the table below Bayern. SC Freiburg are fourth, FC Köln are sixth and FSV Mainz 05 are ninth in the table. The common thing for all these teams is their defensive record. Mainz and Freiburg have conceded the least goals in the league and FC Köln have conceded the same number of goals as leaders Bayern Munich and stand joint second for that metric.

The following visualisation delves deeper into how well the goalkeepers have performed this season for every team. 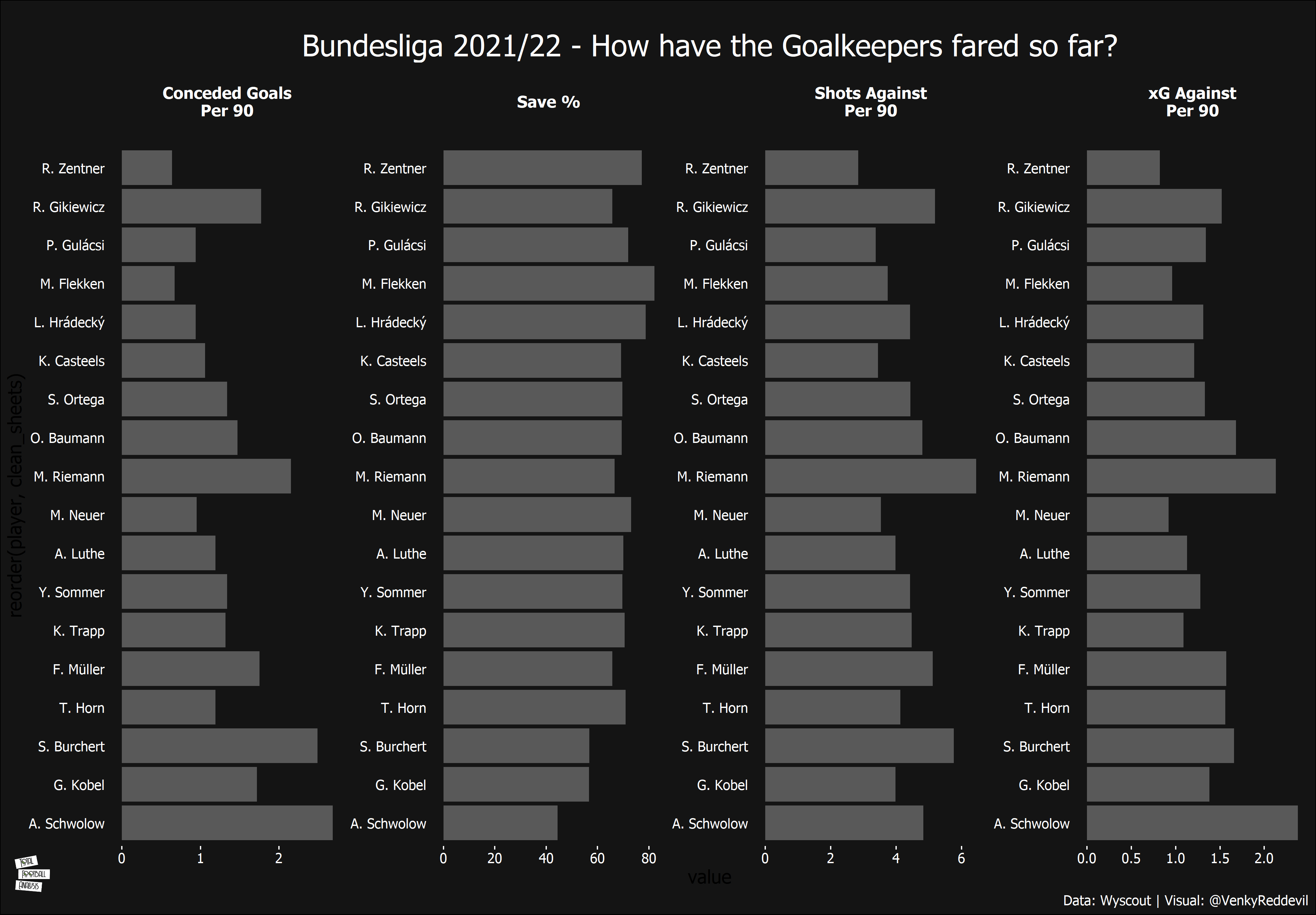 Manuel Riemann of newly promoted Bochum has had a difficult season so far with the keeper facing 6.44 shots per 90. He is also among the worst for save percentage with Riemann only saving 66% of his shots. One could argue that Mainz’s Robin Zentner has had little part to play in his team’s defensive record with Zentner facing only 2.84 shots per 90. However, Zentner has a high save percentage of 77% and ranks third in the league for that stat. Freiburg’s Mark Flekken ranks first for save percentage with the 28-year-old saving 82% of his shots. Borussia Dortmund’s new signing Gregor Kobel has struggled between the sticks so far with the Swiss keeper yet to keep a clean sheet and ranks second from bottom for save percentage. It is also important that Kobel’s xG against is only 10.39 but he has conceded 13 goals and this difference is among the worst in the league. It has been business as usual for Bayern’s Manuel Neuer with the keeper still among the best in the league. FC Köln’s Timo Horn also has put on a good show in front of the net with Horn saving 70% of the shots he has faced. Hertha BSC’s Alexander Schwolow has put up the worst numbers for almost all the metrics, with the keeper conceding the most goals per 90 and with the worst save percentage.