We are 19 games into the 2020/21 Bundesliga season and, unsurprisingly, Bayern Munich are leading the table. RB Leipzig are second, seven points behind the leaders. The biggest surprise of the season has been Borussia Dortmund who are currently sixth. As we are past the halfway point of the season, now is a good time to look back and find out which league loanees are playing regularly for their respective teams. 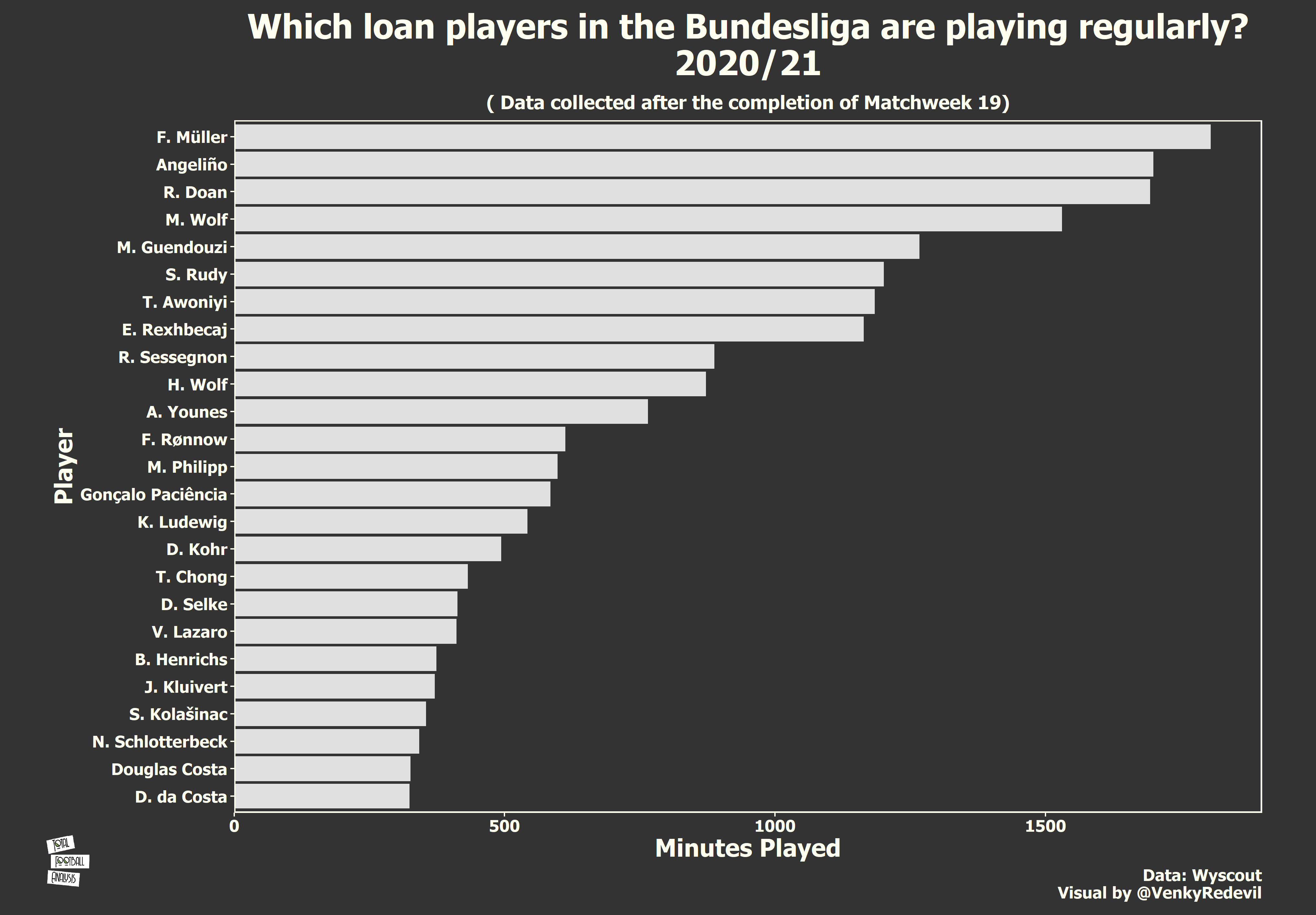 Florian Müller, the SC Freiburg goalkeeper on loan from Mainz 05, has played the most minutes among loan players in the Bundesliga. After their number one, Mark Flekken, was injured at the start of the season, Freiburg signed Müller to fill the void left by Flekken. Müller has three clean sheets to his name so far and will be looking to add to that tally in the coming weeks.

RB Leipzig’s Angeliño, on loan from Manchester City, has played the most minutes for an outfield player on loan in the Bundesliga. Only goalkeeper Péter Gulácsi has played more minutes for Leipzig than the left-back. The 24-years old Spanish defender has also found the back of the net four times in the league this season, making him the joint-top goalscorer for Leipzig this year in the league.

Highly-rated Matteo Guendouzi, on loan at Hertha BSC from Arsenal, has already close to 3/4th of his minutes from last season. However he has not been able to change the fortunes of Hertha with his side stranded 15th in the table level on points with newly promoted Arminia Bielefeld.

Ryan Sessegnon, on loan from Tottenham Hotspur, struggled for minutes last season but the highly rated Englishman has already played more than 1000 minutes for his loan club.

The list also includes some players signed in the recently concluded January transfer window, including Sead Kolašinac. The left-back returned to Schalke 04 on loan from Arsenal and is set to play an important part in Schalke’s push to stay in the division. Other notable mentions include Danny da Costa, Amin Younes and Tahith Chong. Chong has left Werder Bremen to join Club Brugge on loan in search of more minutes.