In this tactics video, we are going to explain how the half-spaces in football can be manipulated to progress the ball using tactical analysis.

The use of half-spaces grew more prominent in the football vernacular during Pep Guardiola’s time as Barcelona’s head coach where he frequently referred to using them.

Using the half-spaces gives teams a way of playing passes, at an angle, into areas of the pitch they might not be able to from the centre or from the wings as we will explain in our tactical analysis using examples from Borussia Dortmund and several Premier League sides. 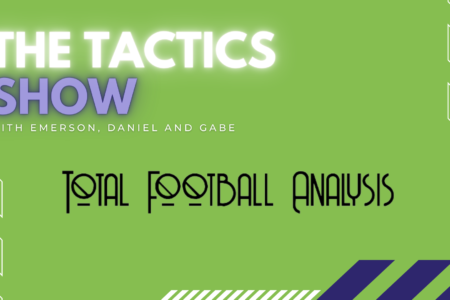 Welcome to our new fortnightly show – all about tactics and analysis. In today’s show, Gabe, Daniel and Emerson discuss […]

Welcome to our fortnightly TFA Tactics Show – all about tactics, data and analysis. In today’s show, Gabe, Daniel and […]