Denmark faced Belgium in the second matchday of Group B at EURO 2020, on what was an emotional occasion following Christian Eriksen’s collapse during the Denmark vs Finland game a few days ago. It seemed as though the Danes were using the energy and emotion of the crowd and the occasion to their advantage, as they absolutely tore into Belgium from the start, and took the lead with just 90 seconds or so on the clock through Yussuf Poulsen. The Danes kept up this approach throughout the first half, not allowing Belgium to settle or build-up from the back, with their revamped back three allowing them to push high up the pitch and stifle the Belgians. They could not take further advantage of this dominance, however, and Belgium were able to come back into the game after the arrival of Kevin de Bruyne from the bench. The Manchester City playmaker took only a few minutes to have an impact, in tandem with Romelu Lukaku, who embarked on a devastating run before cutting the ball back to the edge of the area, from where De Bruyne had the vision and calmness to square the ball to Thorgan Hazard, who was able to score easily. Another neat exchange of passes between Youri Tielemans, Lukaku and the substitute Eden Hazard led to Belgium’s second goal, which was almost passed into the net from outside the area by De Bruyne. Denmark were desperately unlucky to lose this match, and their hopes of qualification now hang by a thread, while Belgium have qualified for the round of 16, with a point from their last group match guaranteeing top spot in Group B. Check out our analytics report video from this EURO 2020 match for all the key statistics and insight. 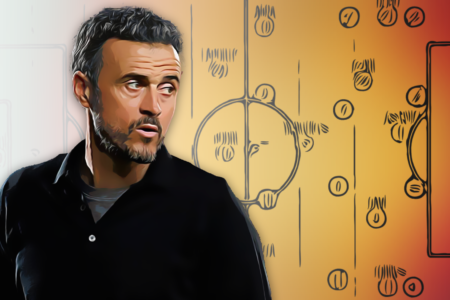