How has Christophe Galtier ressurrected Lille?

Ligue 1 might be seen nowadays by neutral fans as a boring race of one horse only, with PSG easily winning the competition five times since 2012, being Monaco the only spell breaker two seasons ago. However, before money stormed into Paris, the league was quite interesting and had some surprise champions, like Montpellier in 2011/12 and Lille in 2010/11.

For Lille that was their third league title, but bear in mind the one before that was in 1954. That team, who also won the Coupe de France, had some familiar names on its line-up, such as Gervinho (now in Parma), World Cup winner Adil Rami (playing in Marseille at the moment) and a wonderkid named Eden Hazard. Coached by Rudi Garcia, the team managed to qualify for UEFA Champions League two times in a row and finished just under UCL spots on Rudi’s last season at the club, after which he departed to Roma.

Since then Lille’s golden years have crumbled due to a series of failed managerial choices and the club was even dancing in the relegation zone for a couple of seasons. The last coach was Marcelo Bielsa, currently at Leeds, who saved the team from descending to Ligue 2 in 2016/17, but was fired in December of 2017 after falling apart with Lille’s board, leaving the team in second to bottom on the table.

For his place was hired Christophe Galtier, former manager of Saint-Ettienne, who served the team for 8 years, being the longest-serving coach in the French league. Galtier, who had a serene career as a defender in Marseille and Lille, only achieved one trophy as the leader of Les Verts: a Coupe de Ligue in 2012/13, which made him win the prize of manager of the year.

Nevertheless, Lille was looking for a coach who knew well the French league and Galtier’s 41% winning percentage seemed convincing enough. And he delivered immediately, making sure the team finished safely, just one point away from qualifying for the undesirable relegation play-offs. Ugh!

So, who would believe that, one year after, Lille would be sitting on the opposite side of the table of Ligue 1, on the second position, with a 4-point difference to third place Lyon? What did Galtier did to turnaround Lille’s situation and transform it into one of the surprise teams’ of 2018/2019 season? How does Lille have the second-best goal difference in the league, just below PSG?

Lille started the season by making some lowkey important signings, who at the beginning might have seemed doubtful but have been confirmed as crucial. One of which was Jonathan Bamba. The under21 french international is a versatile player who can play as a left winger, midfielder or fullback, with an additional overwhelming physical strength and astounding pace. However, before joining Lille, Bamba had only scored 12 goals in Ligue 1, where he played for a couple of seasons on Saint-Etienne and Angers.

Galtier was acquainted with the player’s abilities since he is a product of Saint-Etienne’s youth academy and thus approved his signing. Although a bold choice at the time, Bamba seems now like a bargain, since the 22-year-old has scored already 9 of the 42 goals from Lille in Ligue 1 this season, with a pass accuracy of 78.9% and registering 1.7 shots per game.

Bamba pairs upfront with another versatile forward, Nicolas Pepe. Born in France, but being an international for Ivory Coast, Pepe might be one of the standout players of the season. Having scored only 3 goals during his 47 appearances for Angers, nobody would have predicted the young striker would explode in Lille.

Last season Pepe was the top scorer of the team with 13 goals and now, when we are still in February, he has already netted 16 times, being the third best goalscorer in Ligue 1, just behind Cavani and Mbappé. Nevertheless, the 23-year old footballer registers an impressive 3.3 shots per game, superior to both PSG players above him in this rank.

Other players worth mentioning in Lille’s squad are young Portuguese striker Rafael Leão, who has 7 goals already in just 830 minutes and the experienced centre-back José Fonte, Euro 2016 winner, who seems to have reignited his career under Galtier’s leadership.

Besides individual brilliance, Galtier’s 4-4-2 formation, pending to a 4-2-1-3 or 4-2-3-1 occasionally, might be the most important detail in the revitalized French team. He set the team with a strong backline, applying high pressure on the field, setting deadly counterattacks who catch the opponents by surprise. Lille stands with conservative fullbacks, who don’t dare often to come forward but are surprisingly reliable. Not even after the departure of Kevin Malcuit to Napoli, LOSC seems to be shaking and the replacement signing of Turkish player Zeki Çelik looks to have prevented midseason damage.

But, how far will Galtier’s boys go this season? Will we see Lille back in Champions League in 2019/2020? And will they be able to keep their gems for much longer, like Bamba and Pepe, with the expected harassment from Premier League teams? 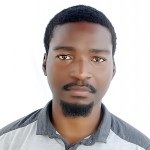