Manager David Challinor, 46, left Hartlepool in November 2021 to join Stockport County and took over from the former Brighton U23s manager Simon Rusk, now assistant manager at Dundee, who parted ways with the club in October 2021. David joined when the team was in mid-table in 12th, since then, David’s side managed 24 wins, three draws and six losses, equating to 2.27 points per match, enough to see them eventually top the league and gain promotion to the EFL for the first time in 11 years. They even managed an 18 game unbeaten run from December all the way into April.

Stockport scored 87 goals, making them second for goals scored behind Wrexham (91) and only conceding 38 goals, putting them second behind Halifax (35). We will be taking a look at their last three matches of the season, in which, they had a tough 3-0 loss away to 2nd place Wrexham who were chasing them for the top spot at the time, and a 1-0 home victory against Torquay, and on the final day of the season, to secure the National League trophy, a 2-0 win at home to Halifax. Their most commonly used formation was 3-5-2 throughout the season and they frequently used a 3-4-3 towards the back end of the season.

This article will be a tactical analysis of Stockport County in the form of a team scout report. It will be an analysis, looking at the tactics used by David, as well as the strengths and weaknesses of the side.

When in the build-up phase, the centre-backs will split very far apart, and the wing-backs will push up high. The central midfielder’s roles vary depending on whether they are in a two or a three; in a two they will stay central rotating between each other to open up passing lanes; in a three, one will act as the pivot while the others are essentially box to box midfielders up and down the pitch. Quite often, one of the attackers, if playing with three up top, will drop deep to receive the ball from the defenders and play forward from there.

During their positional attacks, the wing-backs will adventure very high up the channel onto the opposition full-back, and the centre-backs will shift across, depending on the side they are attacking down, giving support to maintain that they keep possession successfully.

The strikers will stay central with usually two of the central midfielders pushing up to support them while one stays back to defend against counter-attacks. This is usually number 18 Ryan Croasdale.

The wide-centre backs are quite comfortable in possession, as well as in bringing the ball out from their backline and into midfield. They do this in anticipation of trying to draw out an opposition midfielder or defender to open up space for the wing-back down the channel or one of the central midfielders to drive into space between the opposition’s defence and midfield line. The wide centre-backs will even push right up into the final third, overlapping and underlapping at times, covered by the midfielders, similar to how Chris Basham and Jack O’Connell would operate under Chris Wilder’s Sheffield United side during their Championship promotion season in the 18/19 season.

Stockport’s first-choice goalkeeper, Ben Hinchcliffe, can kick the ball extremely far up the pitch. He aims to get the ball over the top of the opposition’s back-line to try and catch them out. Meanwhile, the attackers will be prepared for this and attempt direct runs in behind to latch onto.

When attacking the box, the wing-back on the opposite side for crosses will get into the box onto the back post in most cases as a cross comes in. Although for Stockport’s goal against Torquay, scored by Madden, Hippolyte the left wing-back made a quick diagonal run across the face of the goal towards the near post. This opened up space for Madden in the six-yard box for a tap-in.

When Stockport do manage to enter the final third they attempt a high amount of crosses, 26 on average this season with a 32% success rate, making them a dangerous outfit from wide areas. They also attempt far more shots than their opponents, 14 per match with a 37% shot on-target percentage, whereas opponents on manage to get 7 with a shot on target percentage of 32%.

When in possession in the final third, the defensive line will push up and is very high, all the way up to the halfway line at times. This is to ensure that if possession is turned over they can hopefully win the ball back quickly. The central defenders do have good speed in recovery to cope with long balls over the top which allows them to play with this high line successfully. The backline consists of the three centre-backs with the two wing-backs out wide who drop back to make it a back five when the opposition has sustained possession.

The midfield drops back to block the opposition’s lanes directly into the attackers. Usually, it is a midfield pairing but they have used a three-man midfield with a pivot at various points this season as mentioned prior. Their resting attack will typically consist of Madden up top, supported by at least one other attacker.

The mid-block will comprise of the two (or three) midfielders, additionally, when playing with three attackers the wide attackers will drop back and move wider to essentially form a midfield four, making it very difficult for the opposition to play from defence into midfield, forcing them long where Stockport’s centre-backs tend to dominate in the air.

When defending against positional attacks, the wing-backs will aggressively press high up against the opposition player with the ball in wide areas. To cover for this, the wide centre-backs will initiate the first press if the wing-back is played past or the central midfielders will cover the spaces behind the wing-backs out wide. The centre-backs will engage attackers in possession quickly and press them to force them back or slow them down. Ashley Palmer does this effectively very often.

Madden is a very aggressive presser from the front. He is seen constantly pressing the backline when they are in possession and he presses the keeper to prevent their short distribution from being as effective. When possession is won in their defensive third, the defenders will look to clear the ball upfield very quickly if there is no clear passing option out, rather than risking playing out of the back constantly.

If the opposition attempt to send long balls up to their attackers Stockport’s centre-backs will engage very quickly to try and prevent them from winning the knockdown. The central defenders are brave and powerful in the air. Palmer and Jordan Keane both had a 70% aerial duel success rate this season, for example.

The whole team are very quick to shift across from one side of the pitch to the other if the opposition is in a positional attack in the middle third when they are passing around the back and side-to-side. On average throughout the season, their opponents have only managed to attempt 10 crosses per match, with a 27% success rate. This is down to the wing-backs of Stockport’s high-intensity pressing and good fitness levels to maintain the press late in matches.

However, opposition teams do manage to find some success when counterattacking Stockport. Opposition teams manage to get at least one counter-attack per match and 50% of all counter-attacks lead to a shot on Stockport’s goal. Another potential defensive weakness comes from set-pieces. They conceded from a long throw from Ben Tozer against Wrexham which was knocked in by Oliver Palmer, as well as a wide free-kick whipped into their box from the right and headed in by Palmer again.

In defensive transition, there are typically at least two, although usually the full set of three of the centre-backs back during attacks and they play a very high line as aforementioned. The designated deeper or the more defensive of the midfielders will be located just ahead of the defenders to help them out in counter-attack scenarios.

The centre-backs are very aggressive in attempting to stop opposition counters as quickly as possible. They will rush forward with good pre-orientation of which opposition player is most likely to receive the next pass. They refuse to let the opposition player in possession turn and play forward, and they do this very effectively.

The forwards also attempt to force the opposition backwards by retreating quickly and aggressively pressing if the opponent has possession in their half.

In attacking transition, again the wing-backs will parade up the channels, along with the midfielders who assist in the counters. The strikers will try to provide an option for whoever is in possession. Once they receive, they very often look to play out wide to the full-backs which is a clear strategy of theirs to get as many crosses into the box as possible.

When countering, the midfield and attack will maraud forward together and all attempt to get into the box for a cross when possession enters the final third. Stockport usually end up having at least three players in the box from crosses and with their 32% success rate from crosses you can understand why.

When possession is won in the middle third, they attempt to play safe passes to maintain possession. Typically the player in possession has at least two or three clear passing lanes to pass through. This is because the attacking line is low and the defensive line is high, making it very compact in the midfield area for them. If they lose possession after a sustained attack in the final third they attempt to initiate a press instantly to win the ball back.

It will certainly be interesting watching Stockport in their attempt to avoid relegation next season in League Two. Some pivotal questions for David Challinor to consider going into next season could be as follows; can they sustain attacks as well as they have done against stronger opposition?; are they able to utilise their wing play and crossing ability next season considering the aerial strength of most League Two sides at the minute? Regardless, after an 11-year wait, we’re sure the Stockport fans will be eagerly looking forward to the new season ahead in the EFL. 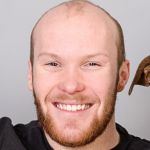 I'm originally from Bath in the UK, currently studying Football Coaching & Management at UCFB at Manchester Etihad Campus, currently moving into starting my second year there. I don't support any football team and have no affiliation with any team, I just love watching and analysing matches.